F&S Fly of the Week: The Sexy Waltz

Sometimes less is more when it comes to fooling trout 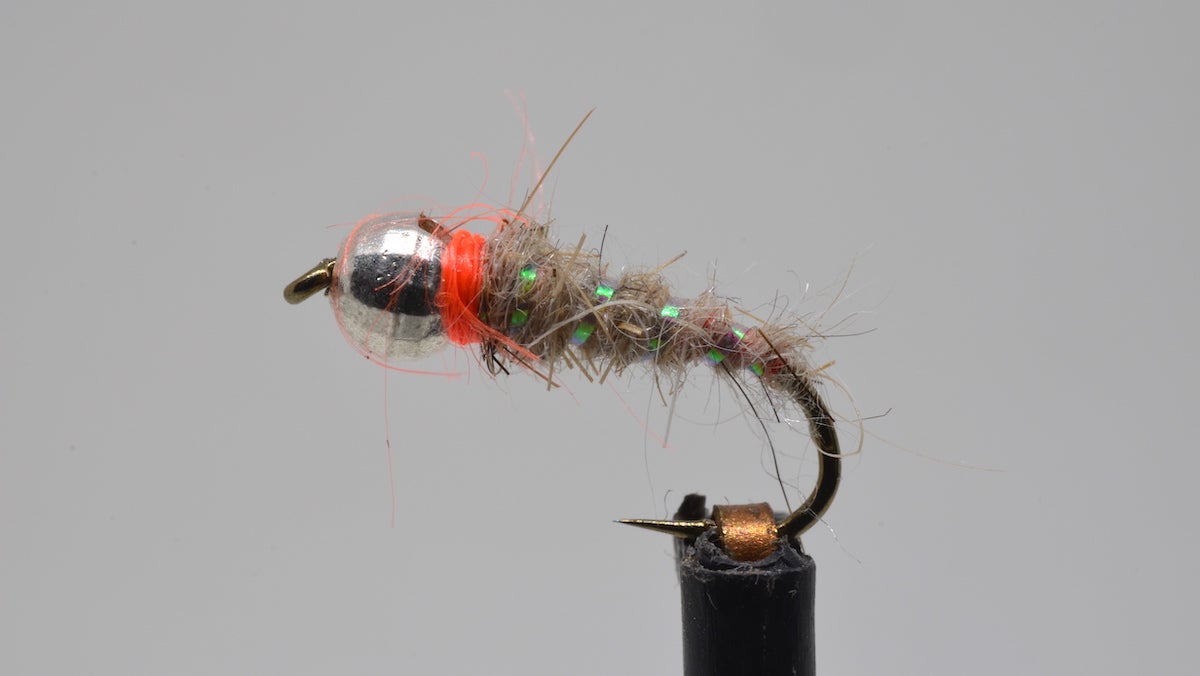 At first, it wasn’t even meant to catch fish. Pennsylvania outdoors writer and fly-fisher Walt Young was looking to make something heavy to help pull his nymph flies deep in heavy spring flows. “A sinker with a hook in it,” Young said when I interviewed him several years ago.

He wrapped his heaviest lead wire onto a 2X-long nymph hook, gave it a body of hare’s ear fur, and was surprised when his local trout preferred the “sinker” to his “real” nymph something like 7 to 1. He named it the Walt’s Worm, and it caught on fast among recreational anglers and on the competition circuit.

The Walt’s Worm is a study in simplicity: no tail, rib, wing case, or hackle, just a dubbed body that seems to suggest aquatic insects—“nothing in particular and everything in general,” as Young put it.

Of course, it’s an unwritten rule that any fly can be improved. The next version of the Walt’s Worm came from Loren Williams, another Pennsylvania native who fished for Fly-Fishing Team U.S.A., coached the U.S. Youth Team, and guided on the Lake Ontario tributaries for salmon and steelhead.

Loren gave the Walt’s a rib, a “hot spot” collar, and a tungsten bead, and named the updated version the Sexy Waltz. It became even more popular with the competition crowd and has caught trout all over the world for people who are really serious about catching trout.

Williams admits that the gleaming rib and shiny bead “removed the imitative qualities from the original pattern,” but he’s never been much of a hatch-matcher anyway. “I prefer to stand out from the crowd,” he notes on his site.

Both the original and the sexy version make use of fur from a hare’s face, a fly component that dates back at least to the 1800s. It’s kind of brown and kind of gray, like most natural nymphs, and its texture has long been described as “buggy.” Various materials are used for the rib, all doing the double duty of providing segmentation and giving off a gentle glow. Here, I’ve used a single strand of one of my favorite materials, pearl Krystal flash. I went with a silver bead, but gold or brass are fine too, as long as they’re made of tungsten, which sinks like a stone.

You can use a fancier, more detailed nymph, and catch plenty of trout. But you don’t have to, as the Walt’s Worm and its sexy successor prove every season.