Whether you drift it, jig it, or fish it as a streamer, the Mayer’s Mini Leech has the right kind of action to trigger big strikes 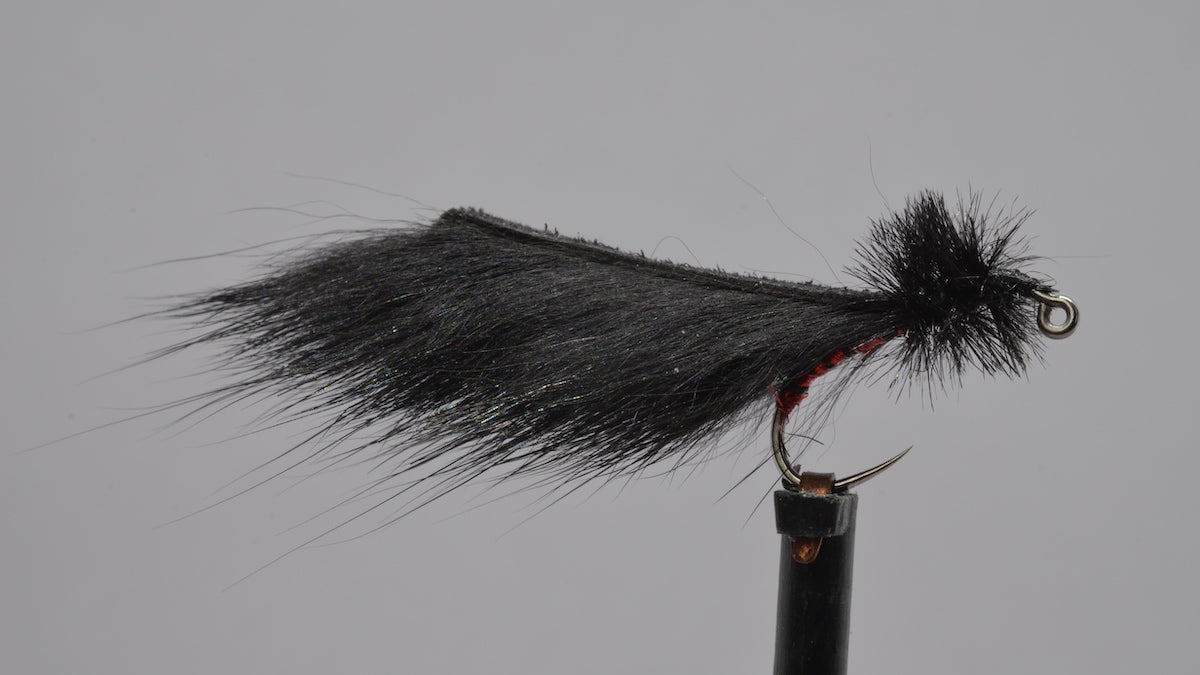 In more than 30 years of fly-fishing for trout, I’ve never seen a leech. Maybe I don’t fish where leeches live, although that seems unlikely, since the experts say they live in every kind of freshwater. The experts also say trout love eating leeches, and I believe them, since I’ve had plenty of luck with flies that are considered leech patterns. The one I’ve tried most recently is Landon Mayer’s Mini Leech, and it has quickly become my favorite.

It’s about an inch long, but don’t worry that it’s a small-fish fly. As Mayer notes, most real leeches are a ½ inch to 1½ inches long, and big fish love them. Mayer’s fly features a little color and subtle flash on the hook and some micro-movement in the ostrich herl collar, which imitates the leech’s head, but the fly’s real action is the lifelike undulation of the short strip of pine squirrel fur that serves as the tail.

It’s an amazingly versatile fly. You can cast it as is and work it like a small streamer, but you can also drift it like a nymph—which checks out, since real leeches sometimes employ their own version of “behavioral drift,” letting the current take them from place to place. You can run it behind a standard-size streamer. One of Mayer’s own favorite tactics is to hang an unweighted Mini Leech under a dry fly or hopper.

I mostly tie and fish the Mini Leech unweighted. It’s a delight to cast and moves naturally in the water. It can be tied with a bead head version, too, for deeper presentations. If you jig it, the tungsten bead exaggerates the movement of the tail, and that kind of movement is a well-known trigger for trout and most other fish. Speaking of jigging, the Mini Leech is very popular tied on a jig hook (in that case, tie the pine squirrel strip with the hide facing up, so it’s facing down when the fly is inverted in the water).

Read Next: 8 Vintage Streamer Patterns for Trout and Salmon

The Mini Leech checks a lot of boxes for me. It’s simple to tie, made of readily available materials, very customizable, and clearly effective. I’ll have a number of them in my boxes as the season unfolds.