The reverse hackles on this Japanese-style fly trigger strikes, especially when pulled through the current 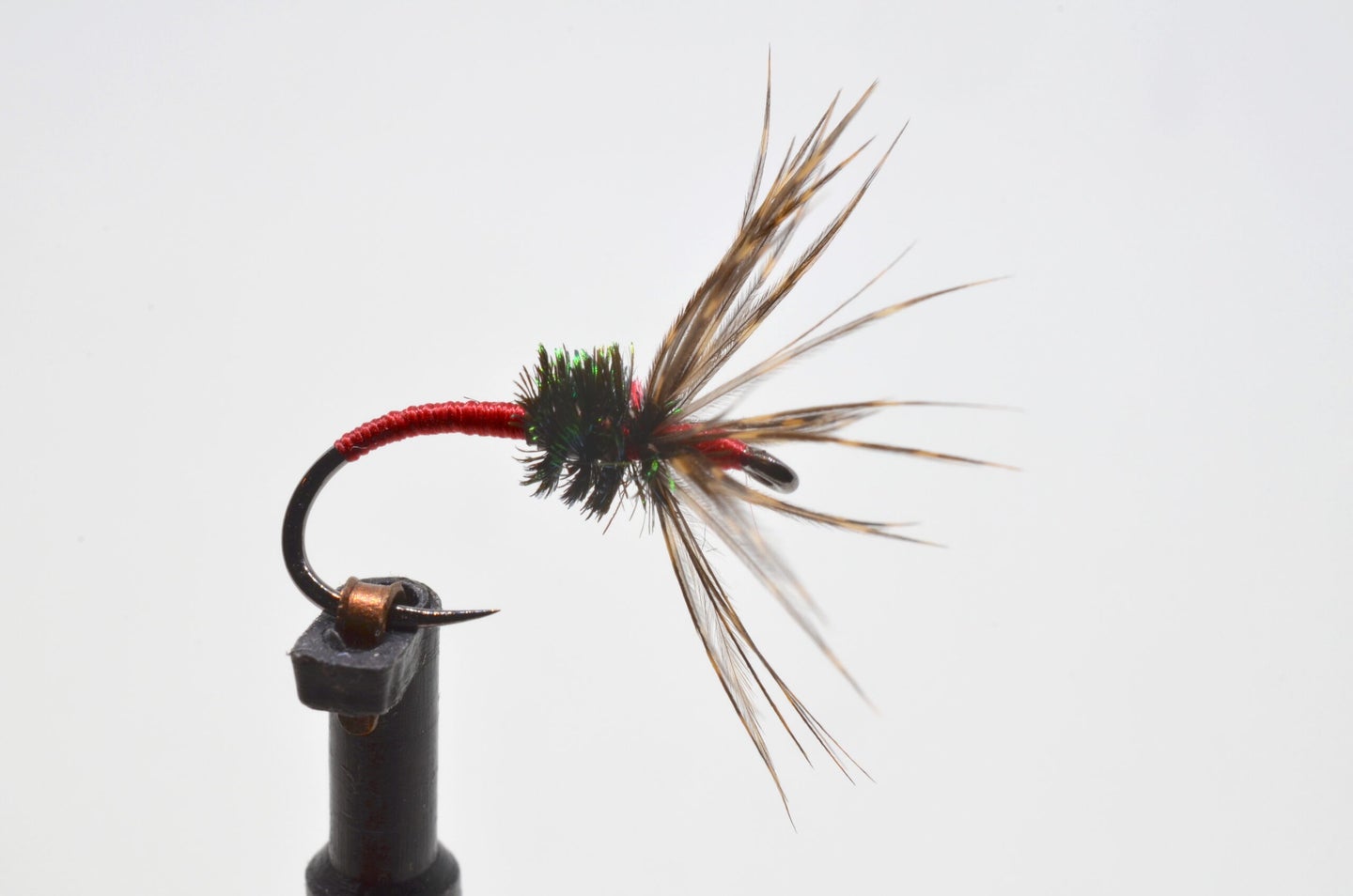 What happens when you tie the hackle on a wet fly backward—that is, leaning out over the eye of the hook, rather than leaning back toward the bend? You catch a bunch of trout, that’s what.

The Takayama Kebari (kebari is the Japanese term for trout fly) is an example of a fly with reversed hackle. Making wet flies this way is a tradition in Japan and in northern Italy, but I first encountered reversed hackles in Utica, New York. One of my fishing mentors, John Bianco, used reversed hackles on some of his wet flies to improve their action in the water.

Hackle fibers that lean rearward tend to collapse along the fly’s body when it is pulled through the water or against the current. Reversed hackles, on the other hand, resist folding down; instead, they stay upright and wiggle vigorously when any movement is applied to the fly, a trigger that trout often can’t resist.

The forward-leaning style of wet fly is known as “sakasa” in Japan, while hackles that lean backward are known as “jun.” A third style of wet fly, “futsuu,” uses stiff hackle that’s perpendicular to the shank, like a dry fly. The sakasa style has come to be thought of as a tenkara fly, because most Americans first learned of it when tenkara-style fly-fishing was introduced to the U.S. in 2009.

You don’t need to use a tenkara rod to fish the Takayama Kebari; it works just as well on a regular fly rod. As with the soft-hackle wet flies of the U.K., it’s tied unweighted and usually fished near the surface, where it probably suggests an emerging aquatic insect, or one that’s been swamped. Light weight, a slim body, and a wiggly hackle appeal to trout on every continent.

About the name: Japanese tiers don’t typically give their flies names the way westerners do, like Greenwell’s Glory or Game Changer. But they do sometimes identify them by where they originated. The Takayama Kebari is named for the city in a mountainous region of central Japan.

The red thread body and peacock hackle inspired my friend Jason Klass, author of the excellent Tenkara Talk blog, to call the Takayama “the Royal Coachman of tenkara flies.” You can use any color thread you like. Here, I’ve substituted red grouse for the pheasant hackle, because I love the stuff and have found that fish do too.

Here’s a video of Tenkarabum founder Chris Stewart tying a Takayama. It’s an interesting method of construction, one that differs from the way we usually tie flies in the west.