The Future of the Iconic Marlin 336

Ruger will reintroduce the Marlin 336 this year. Here's what they need to do to get it right 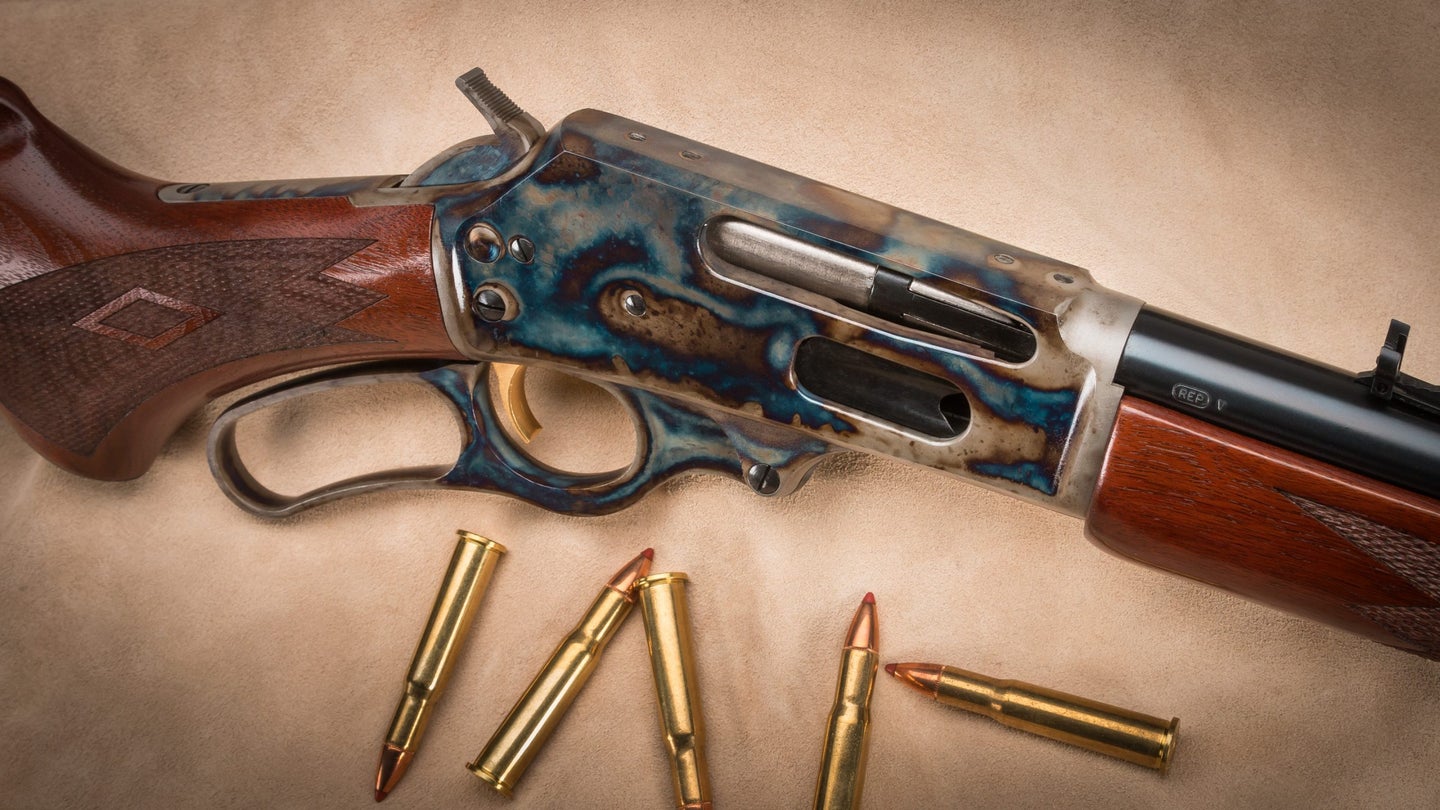 Cerberus, in Greek mythology, was the unpleasant multi-headed dog whose job it was to keep damned souls from escaping Hell. Cerberus, in 21st century America, is a holding company whose job it is to ruin gun makers.

Among its more prominent and recent victims is Marlin. But that story may turn out to have a happy ending. The last remains of Marlin were bought by Ruger in November of 2020, and the new owner is set to reintroduce the Model 336 lever-action some time later this year. Bill Ruger would have loved the idea. Throughout his career he had a dual fascination with the old familiar gun forms and the most modern machinery. Ruger’s first gun, the Standard, looked like a Luger. His first .22 revolver, the Single Six, looked like a Colt Peacemaker. His No. 1 Single Shot rifle looked like a British Farquharson. But all of Ruger’s guns had modern guts.

An untold number of Marlin 336 fans are counting on Ruger to get this right. But before we get into that, let us reflect on the greatness of this classic lever gun, and how it has stacked up to its peers.

The Marlin 336 is an icon among rifles. It was introduced in 1948, and has been in production ever since. The 336 is immensely popular. More than 6 million have been made, making it not only one of the most-produced guns in the United States, but in the world. The Winchester 94 ranks ahead of it with 7,500,000. The irony there is that Winchester got all the Hollywood roles, but the 336 is not only a better rifle; it’s a much better rifle. Let us count the ways.

Probably most important, the 336 receiver, which has a solid top and ejects from the side, is much stiffer than that of the 94, which ejects from the top. This means you can mount a scope on a 336, but getting one on a 94 involves gunsmithing heroics and never works out well.

The 336 bolt is cylindrical, which gives it greater strength, and there is far less machinery overall. You can tune up a 336 trigger pretty well; not so a 94 trigger. Properly cared for, a 336 is damn near unstoppable. With the 336, you can remove the lever and then pull out the bolt for cleaning. This enables you to scrub the bore from the breech end, which will save the muzzle a lot of grief. It also means that if your rifle is caught in an ice storm, or clogged with squirrel poop, you can give it a thorough cleaning with very little trouble.

Marlin lever guns are far more accurate than Winchesters. In 2009, I shot two different Marlin levers that would turn in minute-of-angle groups. One was a custom gun, the other right out of the factory. Much of this has to do with Marlin’s Microgroove rifling. Before 1950, Marlin cut their grooves with a hook cutter, one groove at a time, and there were 4 to 6 grooves in a barrel. The process took 15 to 60 minutes per barrel, and this had to be speeded up. The answer was a tungsten-carbide “button” that was hauled through the barrel once. The process now took 2 to 5 seconds, and left behind 12 to 16 very shallow, narrow, grooves that gave superior accuracy by dint of deforming bullets less than traditional rifling. I don’t know if Ruger will retain this system, but I hope so. It’s traditionally Marlin, and it works.

(A side note about accuracy: Back in the 1960s, a gun writer named Bob Wallack, who worked for Marlin, got in an argument with a yahoo about the “inherent inaccuracy” of lever-action rifles. Wallack, who was  a very good gunsmith, took a 336 out of the box, removed the fore-end and barrel, and screwed in a match-grade bull barrel. Next he loaded up some .30/30 rounds with match bullets and proceeded to shoot tiny, bolt-action-sized groups with the lever gun.)

Over the years, 336s have been made with barrels that ran from 16 to 24 inches. The former is way too short and the latter is too long. The 336 is by nature a carbine, and its proper barrel length is 20 inches. The 336 is not a light gun, but it has superb balance and you can get it up and squeeze off a round as quickly as you can with anything. It carries easily in the hand and rides low enough on the shoulder that it doesn’t snag on branches.

How Ruger Can—and Should—Improve the Marlin 336

It’s not a perfect design. In 1983, Marlin incorporated an abomination known as the cross-hammer safety, or the CBS (which I guess stands for Cross-Blocking Safety), which seems like something lawyers cooked up. Traditionally, if you didn’t want the rifle to go off accidentally, you carried it with an empty chamber or, if you believed that action was imminent, you levered a round in the chamber and then put the hammer on half cock. It is to be devoutly hoped that Ruger will omit this abomination. It’s awkwardly placed, and in the heat of battle you can’t remember which direction to push it.

I also hope that Ruger either omits the traditional, horrible, front-bead and rear-notch sight which looks like it came from a Crackerjack box. There was a time when people accepted this kind of junk because they didn’t know any better and our standards of accuracy were far lower. Not any more. If Ruger would like to do the job right, they could put a fiber optic sight up front (with a decent hood) and a ghost-ring on the receiver. If you have an arrangement like that, you can shoot about as well as you can with a scope up to 200 yards.

If Ruger wants to put a Picatinny rail on the rifle, they have my permission. A rail on a traditional-appearing rifle such as this is jarring, but the rail is a very handy thing to have, and most scope rings today are designed around it.

What is not handy is an oversized lever loop such as John Wayne and Steve McQueen and Chuck Connors used. This is a Hollywood gimmick that has no place in the real world. Not one of these guys was ever in an actual gunfight. Nor were they really shooters. Wayne hunted a little, but with a Weatherby. McQueen raced cars. Connors played baseball, and was very good at it.

On the other hand, a tactical 336 would be very nice. Everything these days is tactical, and no less an authority than Jeff Cooper was a proponent of the lever-action as a police rifle. In addition to reliability and rapid fire, the 336 is more powerful than an AR and requires far less maintenance.

Ruger has to chamber the 336 for both the .30/30 and the .35 Remington. There’s probably some kind of regulation somewhere that requires it. Both rounds have been around forever, and neither has a shred of glamor attached to it, and neither one will win you a match at 800 yards, but if you want to get a deer down, they do the job just fine. Between the two, I prefer the .35; it has a fair amount more steam.

Of one thing I’m pretty certain: The Marlin 336 receiver, which Marlin machined from a solid block of steel, will be investment cast. Machining parts from solid blocks of steel has a nice ring to it, but it’s strictly 19th century, and Ruger re-invented the lost art of investment casting in the mid-1960s when they designed the Number 1 Single Shot.

I wish Ruger all the success in the world. The re-born 336 will probably not be a huge seller, but it will be a steady seller. There are enough shooters around who know that if something works, you use it, and if something works as well as a properly-made 336, you sure as hell use it.