The fisherman and his buddy thought it was a catfish at first, but soon realized they had a record catch 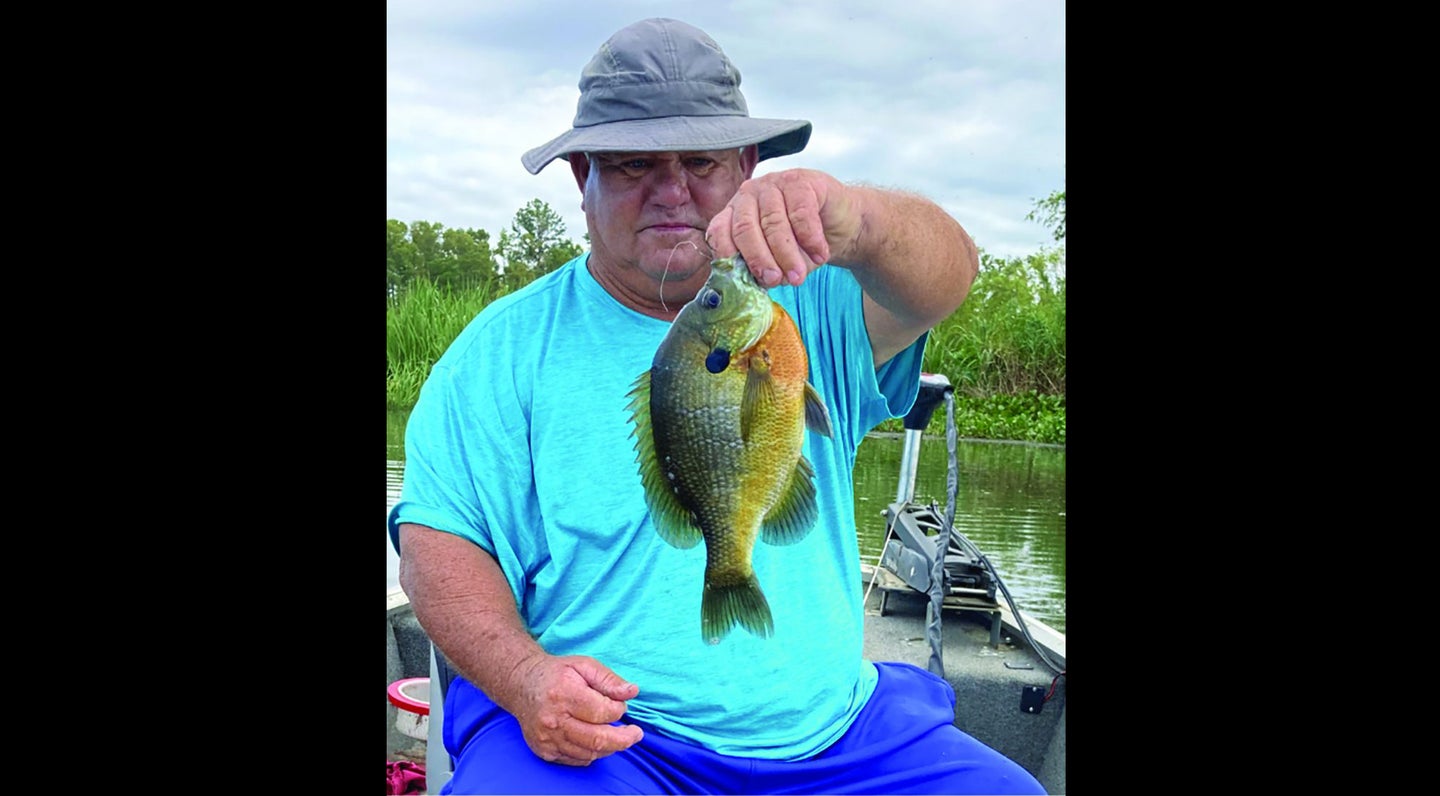 In southwest Georgia and everywhere else, bluegills are tasty and plentiful, but usually weigh about a half-pound at best. Even so, Wendell Mathis had been hoping to catch one that weighed a pound from his boat on Lake Seminole.

Instead, in late August, he ended up catching a bluegill that weighed nearly a pound and a half, handily beating a decade-old record listed by the Georgia Outdoor News (GON). The record bluegill took a cricket in about 3.5 feet of water near a partially exposed boat that was wrecked near the shore by Hurricane Michael in 2018.

Having been kept busy by average-sized bluegills during a willowfly (mayfly) hatch, Mathis and his friend Randy Weathersby thought the heavier fish on the line was a run-of-the-mill catfish. Mathis even told Weathersby not to bother with the net—until both men realized the fish was not a catfish, but an extraordinary bluegill.

“If there were any hydrilla or lily pads, I wouldn’t have landed him,” Mathis told the Donalsonville News. “But when we saw the red belly, Randy grabbed the net, got it under him, and we got him in the boat.”

They captured the fish just in the nick of time, as it turned out. “I went to pick him up and my line broke,” Mathis told the paper. “In the picture, you can still see the broken line in the bream’s mouth. Straight luck! It was just meant to be, I reckon.”

Hand-held scales showed the weight of the bluegill as 1.7 pounds. The next morning, Mathis was able to weigh the fish on a certified scale per GON rules, and came up with 1 pound, 7.68 ounces. The previous record was 1 pound, 2.4 ounces set by William Hornsby in 2011.

The GON records are separate from those kept by Georgia’s Department of Natural Resources (DNR). The DNR record bluegill is a 3.5-pound jumbo caught in 1977 by one P.F. Gumm. The International Game Fish Association’s all-tackle world record is 4 pounds, 12 ounces, caught at Ketona Lake in Alabama by T. Hudson way back in 1950.

GON’s criteria for record fish are similar to those of government agencies. Fish must be caught legally by rod and reel in a manner consistent with state game and fish regulations; must be weighed on accurate Georgia Department of Agriculture-certified scales with at least two witnesses present, and must be identified by DNR personnel.

Read Next: This 4.42-Pound Crappie Is an Official New York State Record

Mathis may be thinking of upgrading his phone in case more record fish are in his future. “I have an old flip phone,” Mathis told the Donalsonville News. “I normally fish alone or with my wife Angel, so thank goodness Randy was with me, because he has an updated phone for pictures. He was more excited about the fish than I was.”