Martin Glatz boated the rare catch at a lake in the Netherlands. He says it fought like a large pike 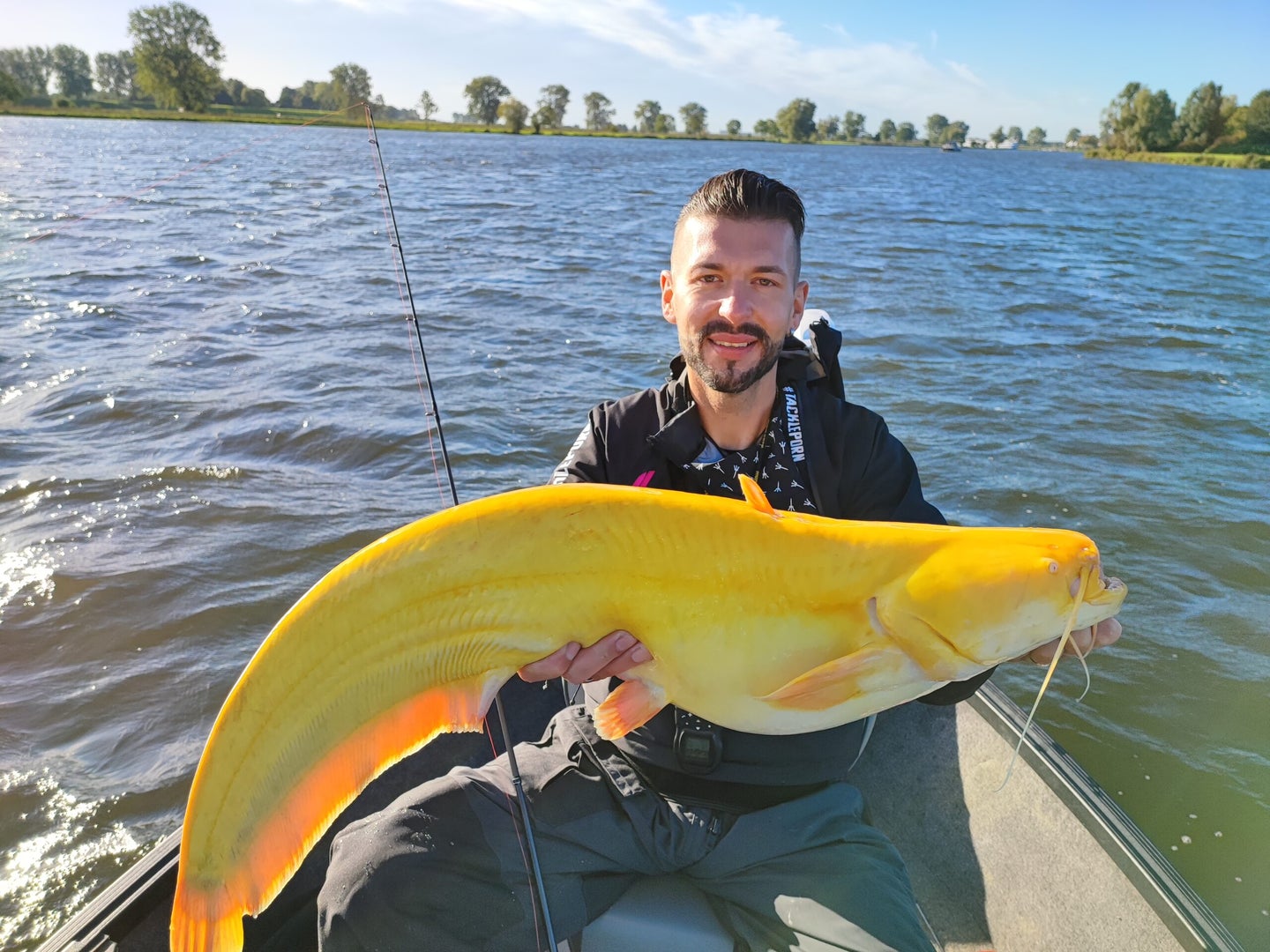 Who knew a catfish could be so beautiful? Martin Glatz, an angler from Duisburg, Germany, recently landed a stunning fish that he calls a “mandarin catfish” on October 4, 2021. Glatz was fishing with his twin brother at a lake in the Netherlands when he boated the unique specimen. Glatz is sponsored by the German tackle company Angeldomäne and was fishing with one of their prototype lures.

“At first, I was expecting a big pike,” Glatz tells F&S. “The fight was comparable to a large 47-inch pike. When I saw what color the fish was, I panicked slightly and yelled at my brother to call for the net.”

Glatz brought the fish to the boat, snapped a couple of pictures with it while admiring its vivid yellow coloring, and then released it in hopes that it will grow to be “very big.” The fish is a wels catfish, which is a large species of catfish that’s endemic to much of Europe. The popular species of gamefish can grow up to 9 feet long and weigh in excess of 400 pounds. That said, almost none of them look like Glatz’s catch; most wels catfish are muted greys or browns. Glatz’s “mandarin catfish” is most likely a leucitic wels catfish. Leucism results from a disease that affects the pigmentation in the skin. It’s distinct from albinism, which leads to a total lack of pigmentation. Leucism is an uncommon condition that can affect almost any species of animal.

Though luck is surely involved whenever someone catches a fish like this one, it should be noted that Glatz is a particularly dedicated angler. He spends as many days on the water as possible and typically manages to wet a line two to three days each week. “I’ve been fishing since I was 13 years old,” he says. “I learned to fish from my grandfather and have continued to develop at it for myself,” he says. “Fishing will always be my hobby. It’s in our family. My twin brother fishes, my wife fishes, and I hope our sons will soon discover the hobby for themselves.”