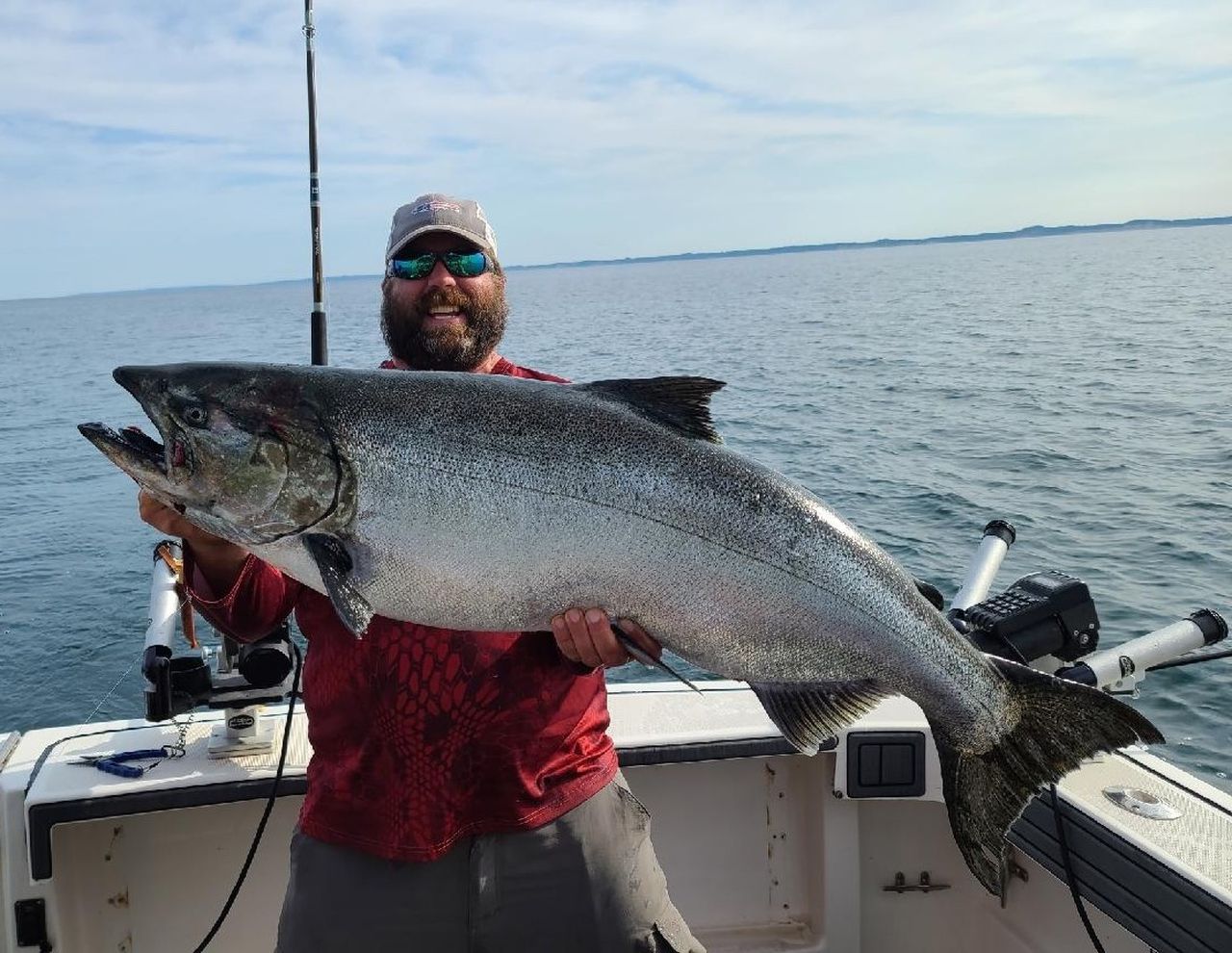 A fishing crew boated a 39-pound chinook salmon on Lake Michigan during last weekend’s Tournament Trail Muskegon Open. The whopper, which was landed by a team of five anglers, took about an hour to subdue and required two people to hoist aboard the boat. It quickly became the largest fish ever caught in the 19-year history of the Tournament Trail, a 15-stop fishing circuit on Lake Michigan.

“You feel like it’s a stroke of luck,” the boat’s captain, Nate Wellman, told MLive.com. “You feel like maybe you did something right. I’m still kind of in awe about it.” His crew included Jackson Cole, Randy Hughes, Dominick Ferals, and Josef Callender, who initially hooked into the massive salmon.

Wellman added that the “big ole sucker” was the “fish of a lifetime for about anybody.” The chinook also happened to be the biggest fish he’d ever seen throughout his 20-plus year career guiding anglers on Lake Michigan.

Chinook salmon, also known king salmon, are largest species salmon native to the Pacific Ocean. They are traditionally caught along the West Coast from Southern California up to Alaska. Chinooks have been stocked in the Great Lakes since the 1870s, but according to the Michigan DNR, they didn’t have an established population until Michigan planted them in 1967. Today, the state continues to stock kings, but wild-spawned fish now make up around 71 percent of the chinook catch for Michigan anglers.

Wellman’s crew landed a heck of a salmon. Chinooks bigger than 20 pounds are considered trophies out of Lake Michigan. The current Michigan state record chinook is a 46-pound river-run king that was caught in the Grand River in 1978. Wellman didn’t disclose the bait his crew was using when they landed this weekend’s monster, nor their exact location. But he did say they’d been on a hot streak, following a 27-pounder they’d caught in June.

“It’s just a monster,” he said of his latest catch.