A 9-Pound Goldfish? Yes, But the Discarded Pets Are a Problem for Other Species 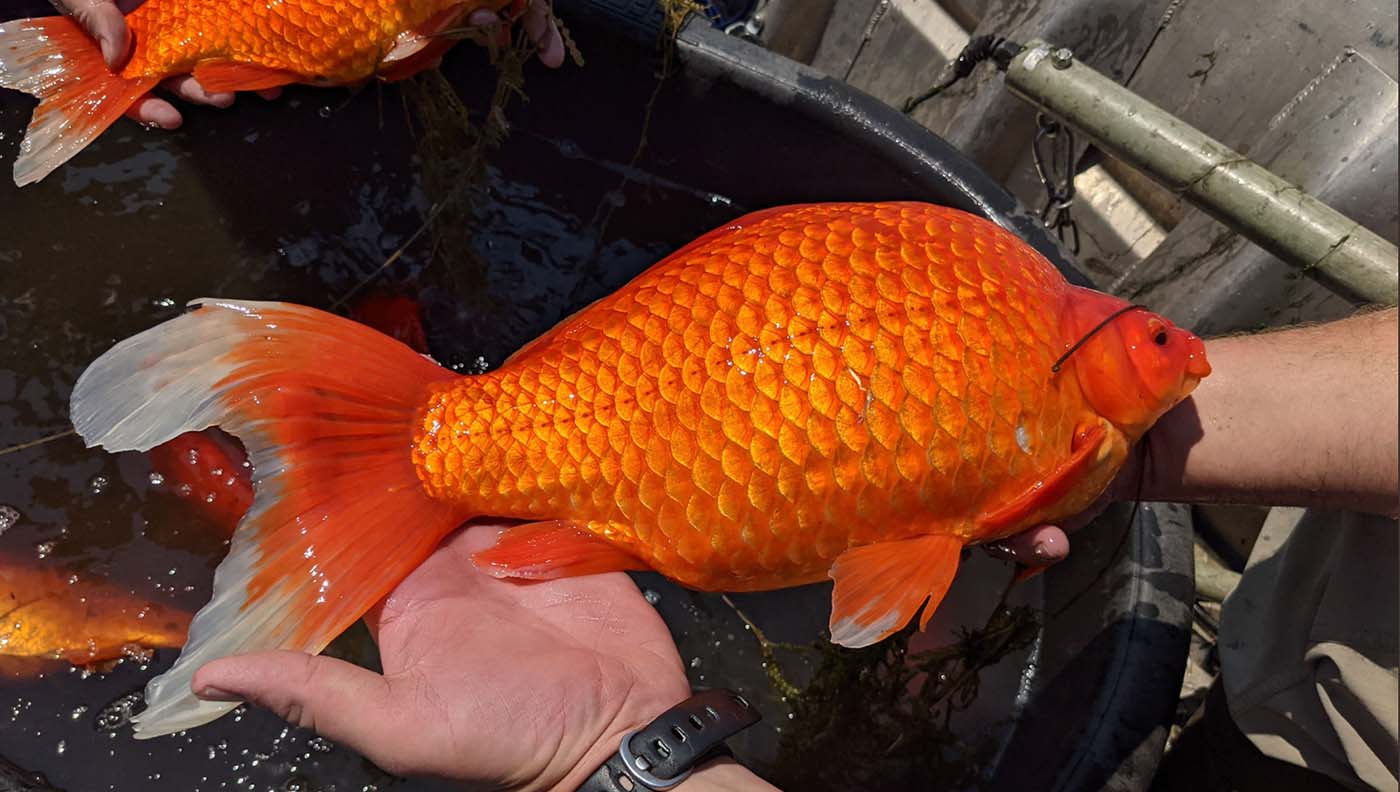 Some of the goldfish caught in Minnesota's Keller Lake went 15 inches and 4 pounds. City of Burnsville
SHARE

You’re reading it here first, folks. The next new fishing circuit in the U.S. will target…goldfish.

If you’ve ever wondered how big a pet goldfish could grow in a large enough bowl, the city of Burnsville, Minnesota, recently posted the answer on their Twitter page. Over the last couple of weeks, natural resources personnel caught 28 of the invasive fish during a survey of Keller Lake, south of Minneapolis. All of the fish went more than a foot long, the biggest being 15 inches. And they weighed up to 4 pounds.

In Greenville County, South Carolina, Parks and Recreation workers recently caught a 9-pound goldfish. It, too, was 15 inches long. And “fat as a football” no longer describes some of these fish. They make footballs look skinny.

And they’re virtually everywhere, found in every state except Alaska. It’s obviously too cold in Alaska, right? No, it’s just that in 2019, that state managed to eradicate a population of illegally introduced goldfish from a pond near Anchorage.

Carp Solutions owner, Przemek Bajer, a research assistant professor at the University of Minnesota, says that goldfish excavate the bottoms of lakes and ponds in their search for food. This stirs up the sediment, which makes life difficult for other fish. “Often, they don’t eat aquatic plants, but the plants simply cannot establish roots in those lakes, they’re just uprooted physically,” Bajer told CNN. “So if you have a lot of goldfish and carp in the lake, usually the first thing that happens is all the aquatic plants disappear.”

As you might guess, this isn’t good. So, if you’re wondering how big that pet goldfish might grow in a bigger bowl, go with the bathtub or the pool.