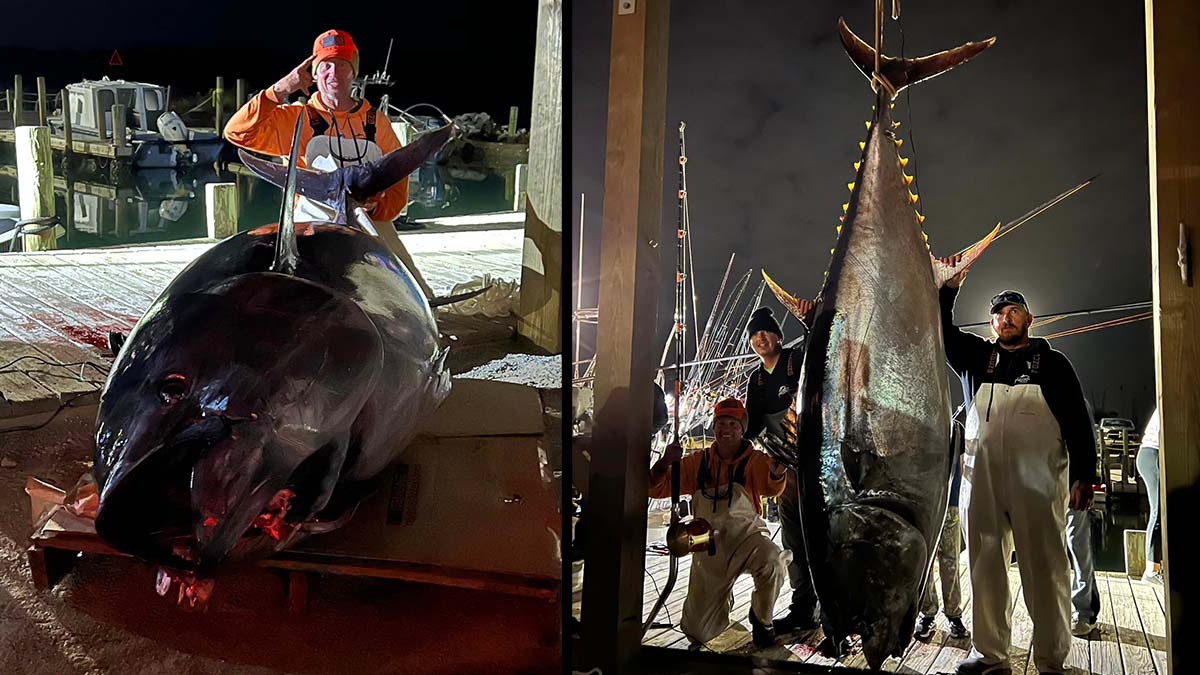 A monster tuna was recently boated in North Carolina. Captain John Cruise and his crew, including Zack Foster and Aaron Burr, caught a 900-pound bluefin tuna with live bait on December 2. The team of three anglers took turns reeling it in so it doesn’t qualify as the new state record, but by size, it’s the biggest catch ever recorded in the state. It took 5.5 hours for the anglers to reel the big fish in.

“I knew it was a giant of a fish, and we were headed for an epic battle when the tuna made a sizzling run of about 600 yards,” Cruise, a retired Marine Corps officer, told Carolina Coast Online. “There was almost nothing we could do except stay in the fight, a down-and-dirty brawl with an immense fish.”

The “brawl,” which started in shallow water and ended several miles offshore, cost the crew in gear. Two gaffs pulled out of the fish, the 130-pound-test braided fishing line broke, and a 1,500-pound harpoon line frayed. But they still managed to boat the behemoth.

“We broke two hoists getting the fish inside the [boat],” Cruise said. “But we finally dragged it in headfirst so only about a quarter of the fish was hanging off the stern.”

They weighed the nearly half-ton tuna at New River Marina in Sneads Ferry, North Carolina, which posted photos and video of the catch on Facebook shortly after the crew arrived.

According to the Army Times, the current North Carolina bluefin state record, held by retired Army general Scott Chambers, stands at 877 pounds caught in March 2018. The IGFA bluefin world record belongs to Ken Fraser for a 1,496 tuna caught in Nova Scotia in 1979.