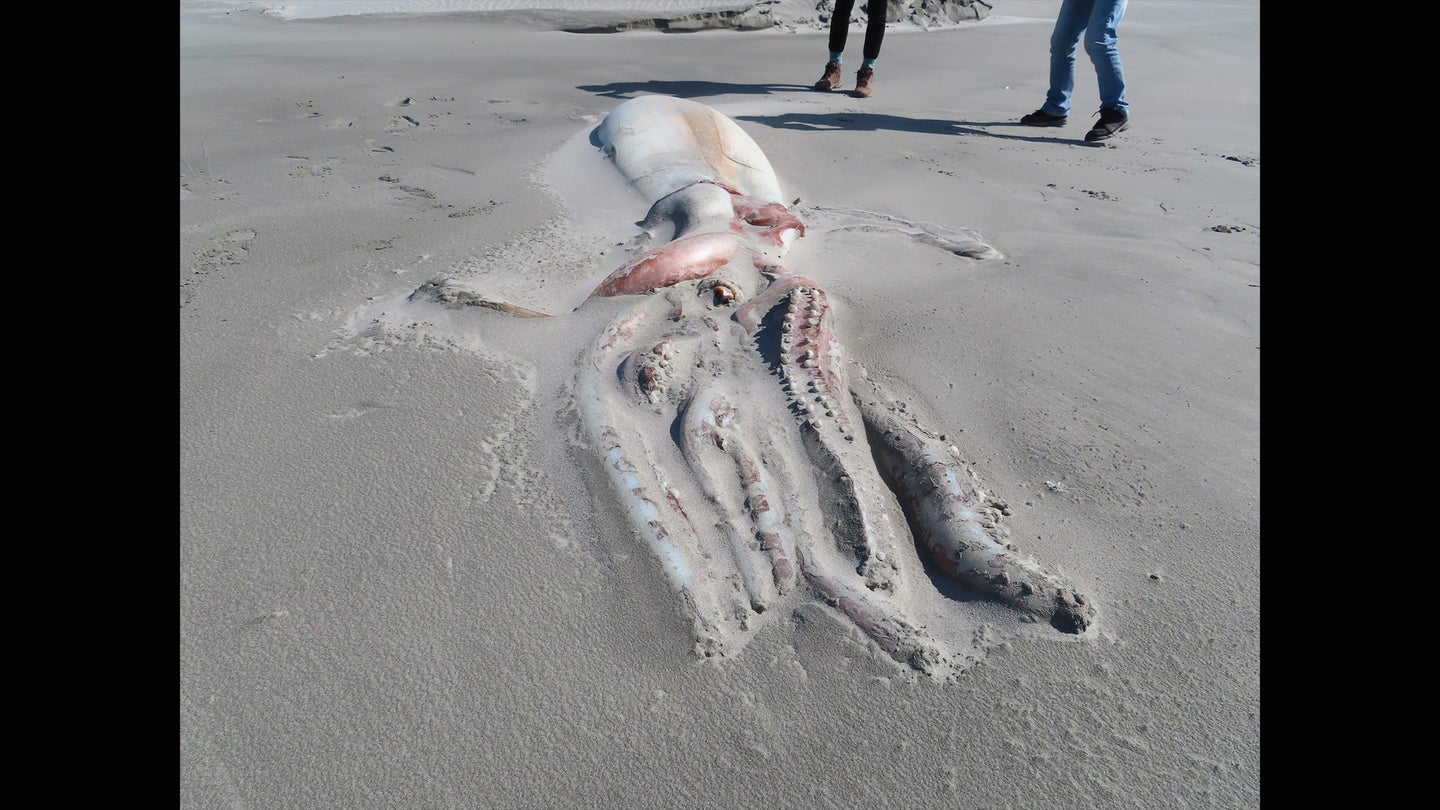 On September 9, 2022, a tour guide discovered a giant squid washed up on a beach in New Zealand. Upon finding the squid, the guide alerted a nearby tour group to take a look and share in this “once-in-a-lifetime” experience.

Anton Donaldson, the guide with Farewell Spit Tours called the squid a “magnificent example of a large sea creature.”  The giant cephalopod had a mantle that measured 13 feet and long half-eaten tentacles.

The beach where Donaldson found the squid is located at Farewell Spit, a nature reserve in the north part of New Zealand’s South Island. Giant squids are the second largest squid in the ocean. (Only the colossal squid is larger.) They can measure up to 43 feet in length and live almost 3,000 feet below sea level.

“While I don’t know for sure, I imagine it had been floating out there for a period of time and had washed up,” Donaldson told The New Zealand Herald. “It looked like [the tentacles] had been chewed back by some other sea creatures, such as small sharks or fish.”

The company that Donaldson works for informed New Zealand’s Department of Conservation so they can collect the squid’s remains for research.