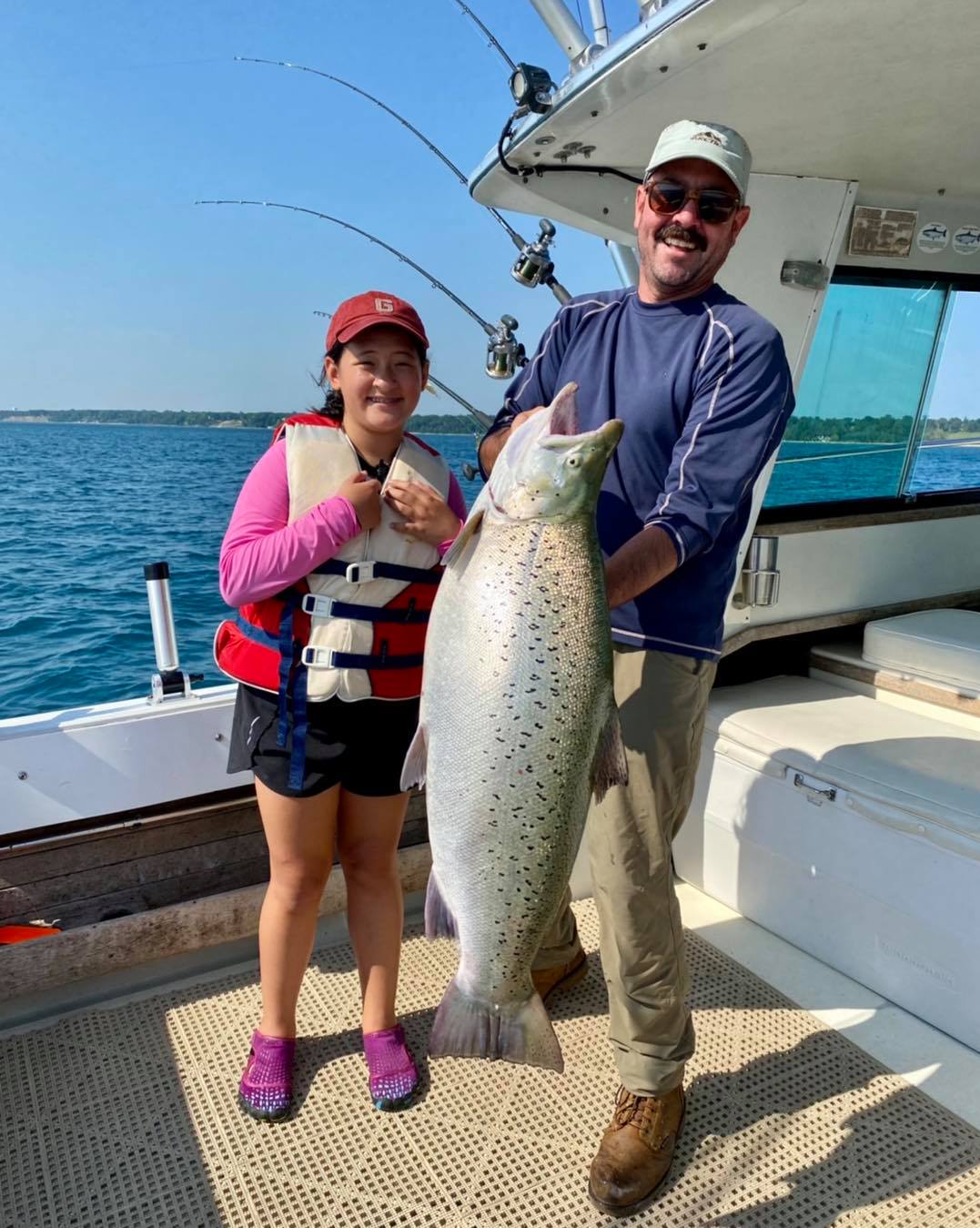 Audrey Morgan, 11, caught a 31.5-pound brown trout from Lake Michigan last week, a fish that an angler of any age would be darn proud of. Audrey was fishing with her sister Emily and her dad, Bill, when Captain Rick Bentley of WindyCitySalmon helped the family strike pay dirt.

“It came on a rigger down 23 feet on a Stinger NBK on a gold blank,” Bentley told the Chicago Sun-Times. The Stinger NBK is a popular trolling spoon. Bentley had the family fishing such shallow waters to keep the young girls away from high winds and chop further out in the lake, but it didn’t seem to hinder their fishing.

“I put together a shallow-water strategy for brown trout off Lake Forest, suspecting a cold-water upwelling may have occurred over the previous 36 hours or so,” Bentley said. “Those fish are largely residents of that area, but the colder water makes them more active.”

Lake Forest is a small town just over 30 miles north of Chicago. Bentley was right about the cold water. In addition to Audrey’s catch, the family also boated three other browns, including a 17-pounder caught by Emily, and a chinook salmon. Audrey’s fish was hooked around 9 a.m., just before Bentley planned to pull the lines for the day.

Bentley has been guiding on Lake Michigan full-time since 2007. This is his 14th year as a captain. Lake Michigan is a well-known hotspot for behemoth browns. The Illinois state-record brown is a 36-pound, 11-1/2-ounce monster caught by Deva Vranek in 1997 from Lake Michigan.

While Audrey’s fish won’t enter record books, it’s a heck of a trout for any angler, much less one of Audrey’s age and stature. Her dad Bill plans to get the trophy fish mounted.