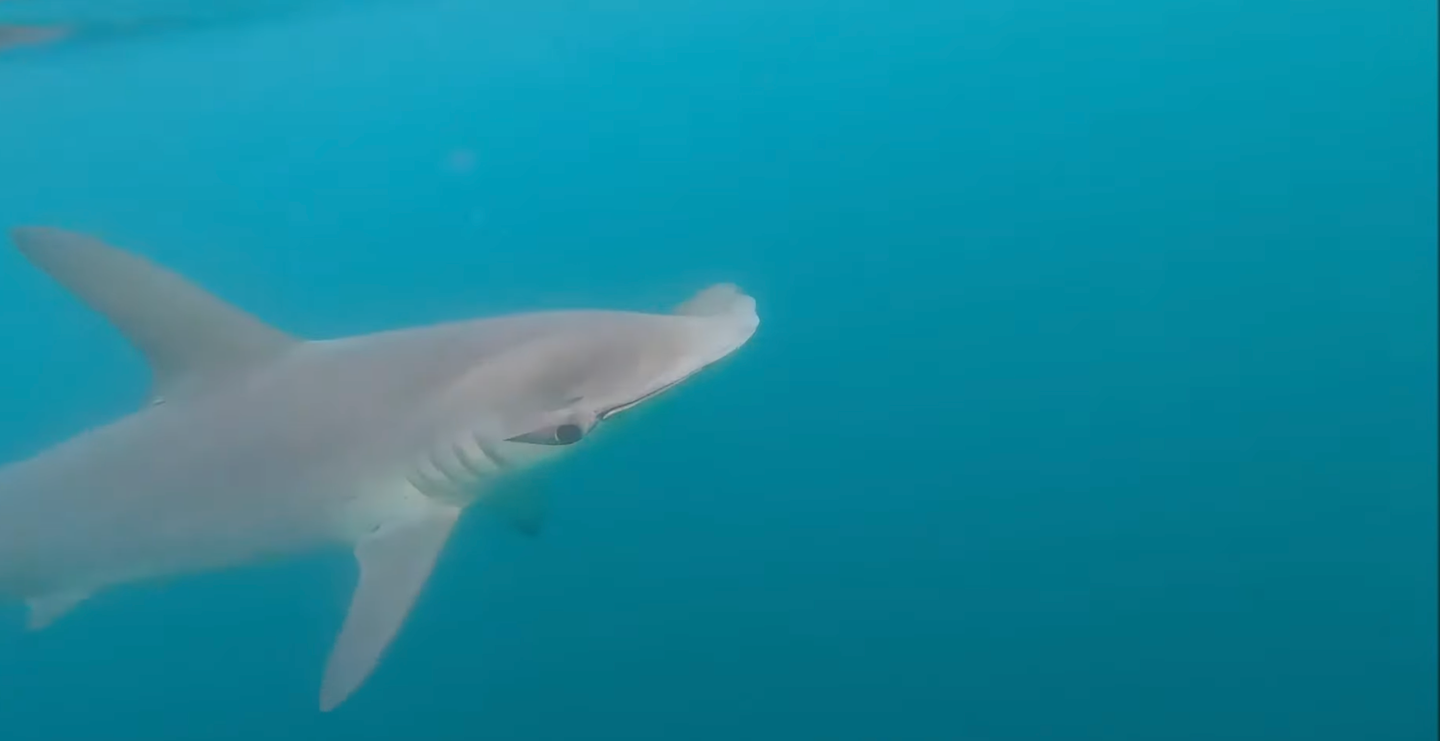 This video is sure to make you feel uneasy. Two kayak anglers fishing off the coast of La Jolla, California were circled by a large hammerhead over a mile from shore. The shark’s fin jutted above the surface next to the kayaks immediately after Backcountry Hunters and Anglers California Chapter Coordinator, Devin O’Dea reeled in a nice yellowtail. Likely drawn to the scene of the catch because of the yellowtail’s blood, the big shark slowly circled the kayaks. O’Dea was fishing with Larry Laumann. After the shark arrived—and with a storm quickly rolling in—the duo headed back toward land. According to an Instagram post detailing the incident, the shark dogged them for over a mile as they peddled “never drifting more than a few feet from the boats until [the anglers] reached shallow water.”

“We are lucky that we got that yellowtail in, dude,” says Laumann in the video. “Here he comes, right at us…he is big. He is really big.”

At one point in the video, Laumann asks O’Dea: “well, we’ve got some mackerel. Do you want to catch a big hammerhead?” To which O’Dea responds: “No, I think I’ve had my thrill.”

Hammerhead sharks are characterized by their large, flat heads and can reach sizes of up to 20 feet long and weights of up to 1,000 pounds. Like most species of shark, hammerheads are aggressive hunters. That said, hammerheads typically feed on smaller fish, squid, octopus, and rays. Attacks on humans are exceedingly rare.

“Surprisingly, I wasn’t as scared as I thought I would be because of the adrenalin I had from catching that yellowtail,” O’Dea tells F&S, adding that the estimated the shark to be about 10-feet long. “I was set on getting that fish home for sashimi, even though the hammerhead kept bumping into us. My thought process while heading back to shore was basically just: don’t fall.”