Why You Should Keep Carp, and How to Use Them

Whether you’re using them for food, bait, or fertilizer, carp can be a lot more useful than many think 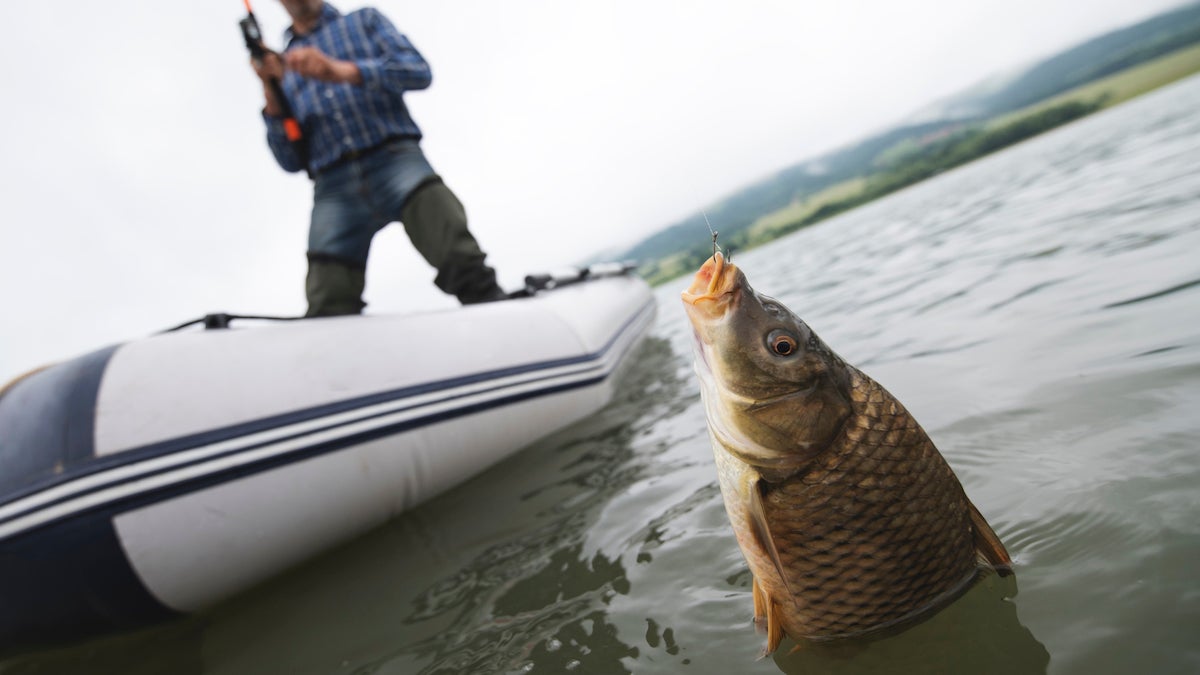 Let’s face it. Unless you’re from overseas, the ordinary, run-of-the-mill common carp (Cyprinus carpio) isn’t really on your radar. You may catch one or two by accident while fishing for, well, anything else besides carp, but as far as targeting these oft-maligned fish? Yeah, not so much.

And it’s a shame, really, because while, yes, I’d rather fish for and then eat a walleye or crappie or bluegill or flathead ‘cat, carp are actually quite cool. For starters, they’re everywhere from coast to coast. They’re omnivorous and can be caught on both live baits and artificials. In my opinion, they’re also brutishly handsome. And as far as fight goes? Pound-for-pound, the common carp bests anything in freshwater—and many saltwater fish.

Keeping Carp is a good idea, too. In many bodies of water, decreasing the carp population can help other fish. The way carp spawn can suffocate the eggs of more desirable species. And, surprising to some, carp can be used for a wide variety of things, including the following.

First, Pick the Right Fish and Clean it The Right Way

Not every carp you catch is going to work in each and every situation below. For culinary purposes, you’ll want smaller (1- to 4-pound) fish, preferably out of cold, clear water. If you’re going to eat these fish, you’ll want to clean them very carefully, almost surgically. Scale them, leave the skin on, and absolutely remove every smidgen of red meat and fat from the fillet. It tastes gross, trust me.

1) Pressure-Can Carp To Get Rid of the Bones

My wife, Julie, is in the process of teaching me how to pressure can fish and shellfish, and I’ve already enjoyed success with salmon, sturgeon, albacore tuna, and razor clams. Carp is no different in terms of processing than salmon or sturgeon.

To repeat, scale and fillet your fish very carefully, excising all of the red meat and fat. Pack it into pint or half-pint canning jars leaving an inch of headspace, seal ‘em snug, ready your pressure canner, and process at 10 pounds for 90 minutes—without getting too far away from your equipment should something go awry. In the spirit of experimentation, you could always throw in a few slices of jalapeno or a tablespoon of minced garlic prior to sealing the jars for a little extra flavor.

Canning carp is a good way to cook them for a couple of reasons. One, carp are bony, and pressure canning dissolves the bones, essentially eliminating the need to probe and peck and work around the inedibles. Second, canning extends the shelf life of the fish from roughly four months in the freezer to up to a year, or more, in the pantry.

I’ll never forget the first time my wife and I drove across the Mississippi into Wisconsin where we found a small, rustic store specializing in cheese curds and smoked carp. I smiled to myself, thinking my wife, a Washington native raised on wild salmon and steelhead, wouldn’t like eating the smoked fish. “This. Is. Great!” she told me after her first bite, and she’s been a carp convert ever since.

It isn’t difficult to smoke carp. But it is a tad time-consuming—with the end result well worth the investment. I start with cleaned and trimmed fillets from the aforementioned smaller fish. Next, I brine the fillets, skin down, in a large, deep plastic tub for four to five hours, in a mixture of the following:

Then, it’s off to the Camp Chef Smoke Vault smoker, which I’ve already pre-heated to 180 degrees and pre-smoked with a partial tray of alder chips. I prefer a moist smoked fish, so I smoke my carp fillets for 240 to 270 minutes at a steady 180 to 190 degrees. Experimentation is certainly applicable here, both with the brine recipe—note: powdered jalapeno makes for good smoked carp—as well as the smoke time.

To be honest, I wasn’t sure I was going to like this recipe, but I’ll admit it’s pretty darn good. Using a tablespoon, scrape the flesh from a trimmed carp fillet to get rid of the pin bones. (Four nice medium-sized fillets are enough.) Next, finely-dice the fish scrapings.

With the diced carp in a bowl, add finely chopped onions, jalapenos (if you like it hot), parsley, minced garlic, salt, freshly ground pepper, a drizzle of olive oil, an egg, and a ½ cup of crushed Saltine crackers. Mix well, and form the mixture into balls roughly the size of a golf ball. Arrange in a shallow steamer or on a steamer basket, and steam for 15 minutes until flaky.

What you do with them next is up to you. I put two or three in a pita pocket, add onions, lettuce, and spicy ranch dressing to make a sandwich. They’re also good by themselves with a bit of ranch, soy/wasabi, or seasoned mayo on the side. Or you can slide four or five carp balls onto a skewer, along with cherry tomatoes, chunked peppers, and onion, and cook them on the grill.

4) Use Carp For Catfish Bait

I used common carp, quillback, and other rough fish for the following bait recipe, and found it works incredibly well for heat-of-the-summer channel cats. I start by scaling and filleting a smallish 1- to 2-pound carp with the skin on. No trimming is necessary here, as you’re not going to be eating it. Next, I cut each fillet into 1- to 2-inch cubes, depending on how big I want my bait.

The cubes then go into a clean Mason jar, along with a healthy squirt of Liquid Smelly Jelly scent, either shad or garlic. (Catfish are nothing more than swimming sensory organs, so keeping everything you throw at them clean, including your bait, is important.) Seal the jar, shake to blend, and store in the ‘fridge. The shelf life is lengthy. This DIY cutbait actually gets better with age.

Read Next: The Ultimate Guide to Fly Fishing for Carp

5) Fertilize the Garden and Feed Chickens With Carp

Big carp. Little carp. Hook ‘n line. Archery gear. Gig. Or the five-fingered things at the end of your arms. It doesn’t matter how you catch ‘em, or how big they are, carp make a fantastic fertilizer for the garden. Bury them 18- to 24-inches deep, and let the roots work their way down to the nutrients, while the slowly decaying fish liquefies and leaches throughout the soil. Container garden? No problem; use small fish, or half a carcass per container. Improvise and adjust.

And speaking of carcasses, some of our post-fillet carp go to our chickens. They love to pick at ‘em—however, I will pick up the remaining skeletons and dispose of them, so they don’t rot and attract varmints.