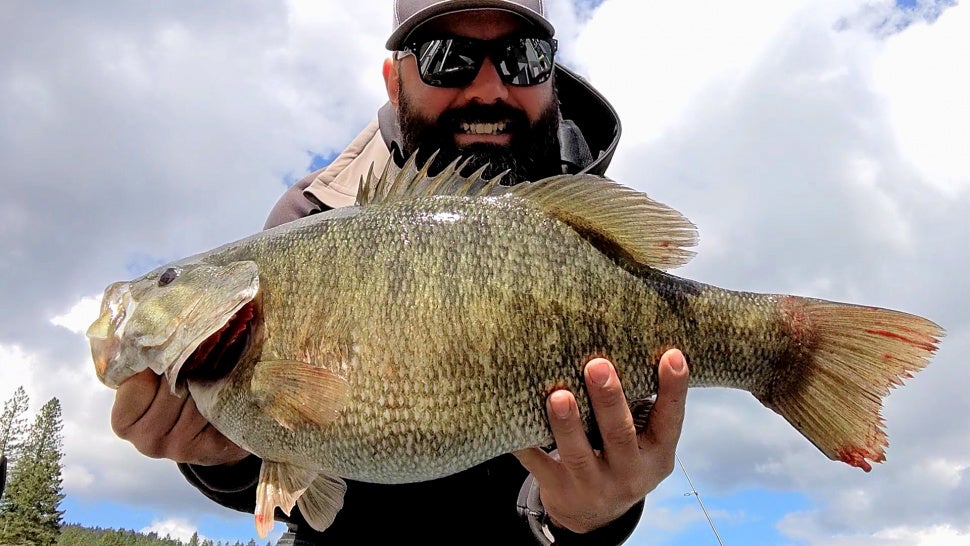 Travis Wendt recently set a new state record for one of the country’s most sought-after species of game fish. Wendt went fishing on Idaho’s Dworshak Reservoir on May 10 and ended up hooking into a chunky smallmouth bass. He measured the big bronzeback and released it.

“On a rare day off, I caught up on the business of life, loaded the pups up, and went on a solo trip to Dworshak,” Wendt, a fishing guide for Reel Time Fishing, wrote in a Facebook post. “I completed my day with my personal best—23.5 inches by 18 inches and 7 pounds, 11 ounces.”

The fish was not only a personal best but it was recently confirmed by Idaho Fish and Game (IDFG) as the new state catch and release record for the species. It beat a 22.75-incher that was caught at Dworshak back in 2020.

The Dworshak Reservoir is something of a trophy smallmouth hotspot. According to the IDFG, it has not only produced the past two catch-and-release records but also all of the state’s certified-weight smallmouth bass records since 1982. The current state record for weight is a 9.72-pounder that was caught by Dan Steigers in 2006.

“Biologists have learned that big bass in Dworshak have a cyclical pattern, related to the fluctuating numbers of kokanee in the reservoir,” explains the IDFG in a press release. “In years when kokanee are abundant—and usually smaller as a result—they provide the ample food needed to grow supersize smallmouth.”

IDFG fisheries biologist Eli Felts predicted record-breaking smallies from the reservoir in March 2022—a prediction that was just proven accurate. “Last fall I received multiple reports of smallmouth over 8 pounds being caught,” he wrote. “I wouldn’t be surprised to see the current state record be challenged over the next couple of years.”