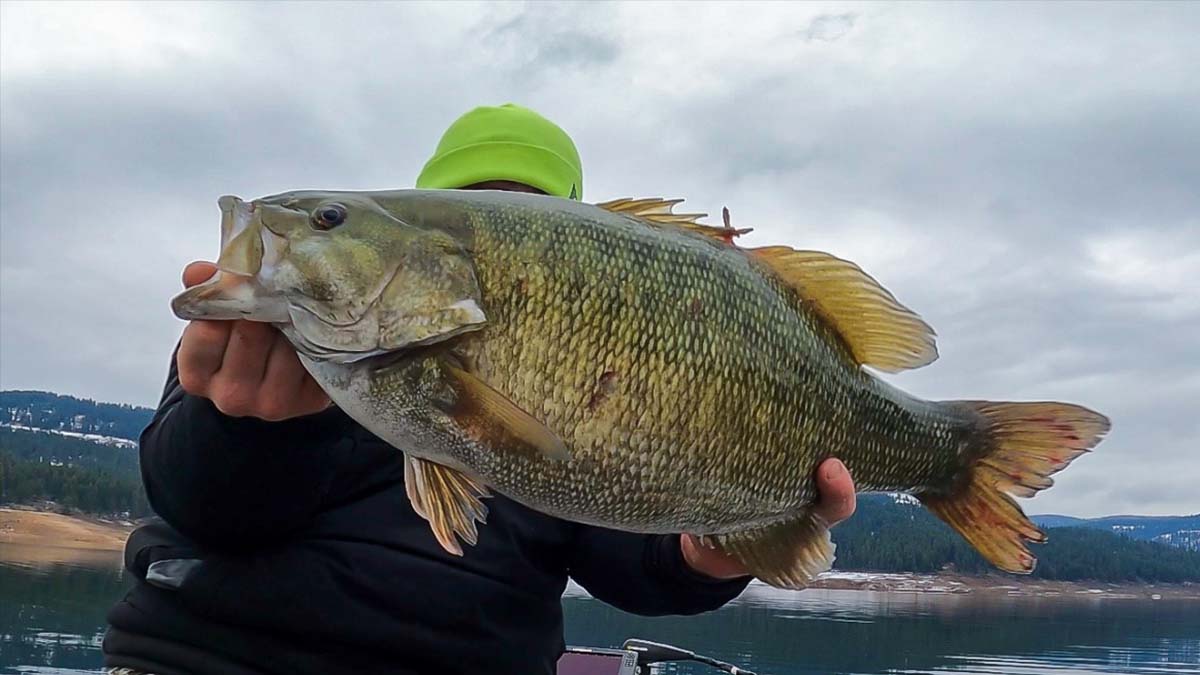 Idaho has another new state record smallmouth bass. Angler Joey Walton caught a 23.75-inch smallmouth at Dworshak Reservoir in December. According to an Idaho Game and Fish (IDFG) press release, the fish has been certified as the new state catch-and-release record for The Gem State.

Walton pulled the fish out of Dworshak Reservoir, which is a waterbody known for its big bass. Dworshak is located in northern Idaho. It’s a manmade reservoir on the North Fork of Clearwater River that sits behind the third-tallest dam in the United States. The previous state catch-and-release was also caught at Dworshak Reservoir—just seven months ago.

Local guide Travis Wendt caught and released a 23.5-inch smallie in May. In Idaho, weight is not taken into consideration for catch-and-release records. That said, Walton’s catch may have contented for the state catch-and-keep record—a 9.72-pound fish measuring 23.75 inches that was caught in 2006 by Dan Steigers. That fish was also boated at Dworshak Reservoir.

Smallmouth bass appear to keep getting bigger and bigger in Dworshak Reservoir. IDGF Biologists say this phenomenon is related to the waterbody’s main food source for smallies: kokanee salmon. When kokanee numbers are high, they’re smaller in size—perfect for consumption by bass. In the last two years, there have been more small kokanees in the lake than usual.

“The outlook for trophy potential is extremely high,” Eli Felts, Idaho Department of Fish and Game fisheries biologist told the area’s city council in June, as reported by The Clearwater Tribune. “There’s a good crop of bass which have broken through the growth bottleneck,” said Felts. “Once they reach 12-15 inches in length, they tend to grow much faster.”

Smallmouth bass are found in much of Idaho, but the species is not native to the state. State stocking records show that smallmouth bass were initially introduced to Dworshak Reservoir in the thousands in the 1970s. Those stockings took place soon after Dworshak Dam was completed in 1972.