Scott Skafar of Valparaiso, Indiana was fishing for lake trout when the giant burbot took his bait 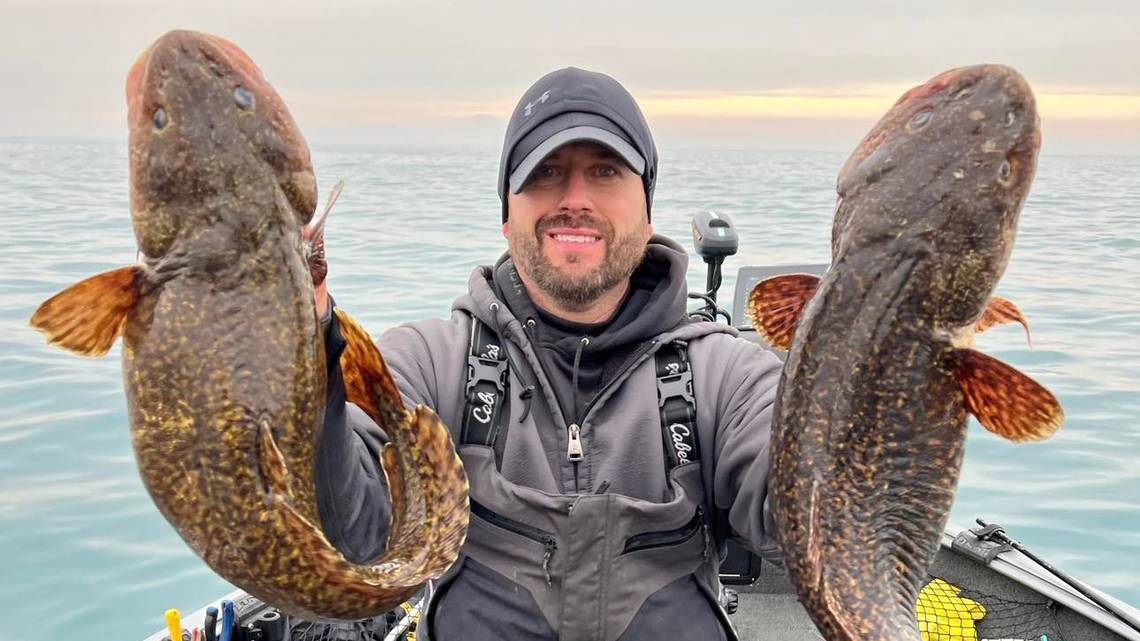 “Epic day on the big pond! Limits of jumbo perch and a potential Indiana state record burbot.” That’s what an angler named Scott Skafar posted on his Facebook page with photos of his New Year’s Eve catch on Lake Michigan near Portage, Indiana. The post shows Skafar hoisting two giant burbot—eel-like bottom dwellers that are notoriously tough to catch on Lake Michigan.

Skafar set out from a public marina in Portage with fellow angler Tom Solomon to fish for perch. When they’d bagged their limit, they decided to target lake trout before heading back, so Skafar tied on a large jig head with a 5-inch white Zoom Fluke.

He and Solomon landed a few lakers. Then Skafar reeled in a burbot, not realizing that it was anything special. “There’s quite a few of them showing up, and with the mild winters there’s more access to the lake these days,” Skafar told F&S. “Normally, they’re in 100 feet of water during the summer, but right now they’re up feeding and spawning on the rocks.”

But when another cast produced an even bigger burbot, Skafar decided to consult the Indiana record books. He weighed the fish on a handheld scale and realized it was much bigger than the current record holder.

He took both fish to the seafood counter of the Strack & Van Til grocery store in Valparaiso where they were photographed and weighed with a certified scale. The first fish weighed 9 pounds, 8 ounces. The second was 10 pounds, 2 ounces. Both fish crushed the previous record of 7 pounds, 11 ounces—which was caught on Lake Michigan by Larry Malicki in 1990.

Due to the holiday weekend, the Indiana Department of Natural Resources’ (IDNR) office in Michigan City was closed, so Skafar froze the bigger of the two fish until he could verify the records with a Lake Michigan fisheries biologist. Then he filleted and ate the 9-pounder, which he called excellent table fare. “I found a little recipe where you just kind of boil it with salt and vinegar, and then you dip it melted butter,” he said. “No fishy taste at all. Just mild white meat. It was tremendous.”

Skafar said he doesn’t hold out much hope for his new burbot record’s overall longevity. “My gut feeling is, I think that record is going to be broken again in the near future,” he said. “I think the average size of these fish that are coming in to spawn is right around 10 pounds.”

According to Illinois-Indiana Sea Grant, burbot are the only members of the cod family that live solely in freshwater. They’re often described as a cross between a catfish and an eel. One of just two circumpolar fish species, they go by such regional names as lawyer fish, lush, mud blower, eelpout, and poor man’s lobster. Like catfish, anglers tend to pursue them at night when they emerge from daytime haunts to feed.