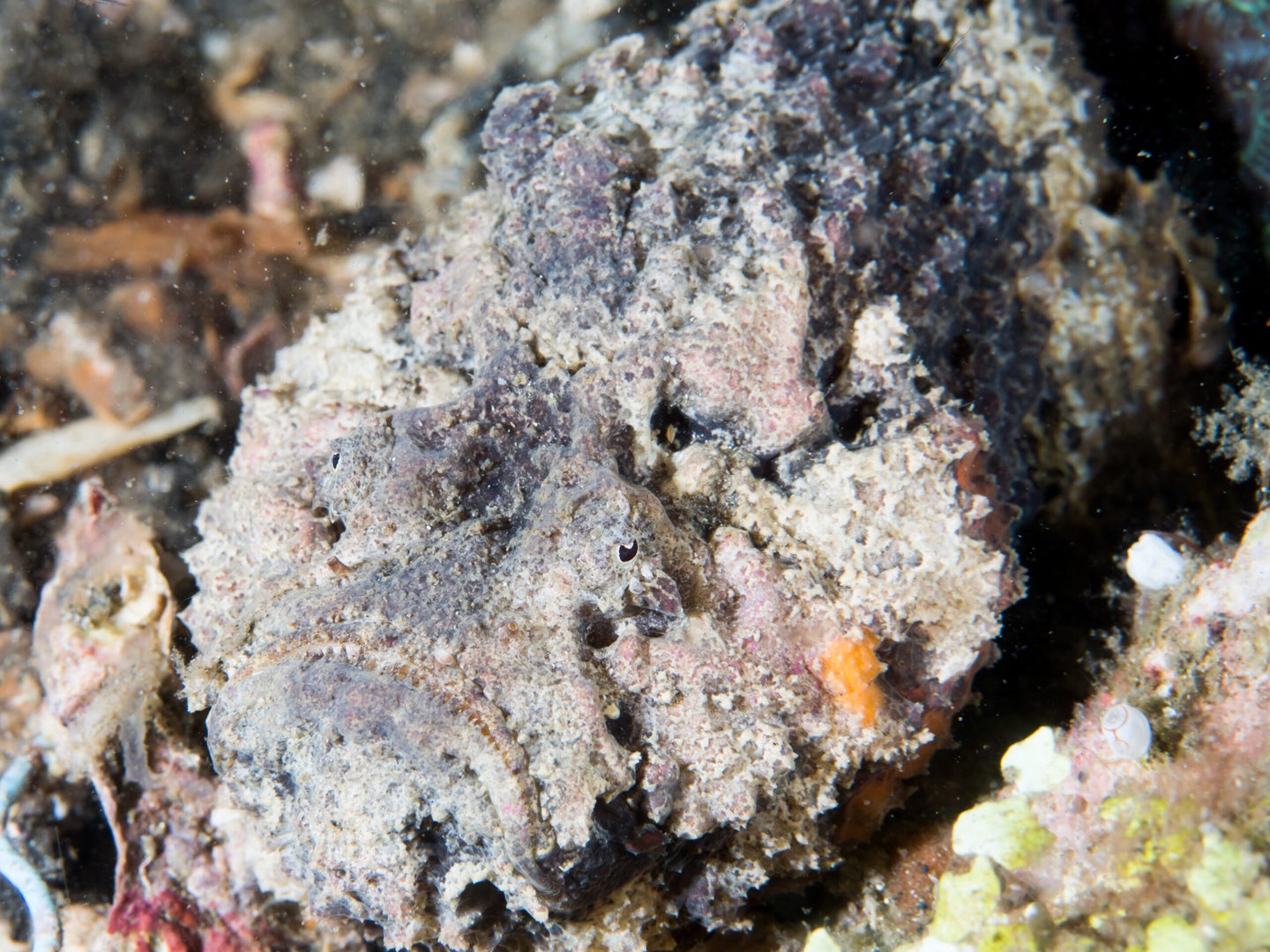 At first glance, the stonefish sitting on a kayaker’s paddle near Townville, close to Queensland, Australia, looks like a small mound of…poop. Look closely, however, and you can make out fins, a mouth, and eyes. The mud-encrusted member of Synanceia genus pictured below is also widely considered the most venomous fish in the sea.

Jennifer Taylor, who uploaded the photo taken by a friend, said the encounter took place while paddling a saltwater creek among the mangroves. Taylor admits to knowing little about the fish, but says she was told this one “was probably sick or injured for it to be swimming so close to the surface and easy to scoop up.”

Stonefish get their name from their camouflaged appearance, which closely resembles—you guessed it—a stone. They usually sit on the bottom. If disturbed—say, by a bather’s foot applying pressure on them—their 13 needle-sharp dorsal spines go up, releasing a potent neurotoxin into that foot. “Had a friend step on one these ugly things about 20 years ago,” one commenter wrote on the Facebook post. “They were in hospital for 3 months, nearly died twice.”

The pain from an envenomation is immediate and overwhelming. Another commentator wrote that after being stung, he was glad he didn’t have a pistol because he would likely have shot himself. Hospitals in areas where stonefish are present—the coastal regions of the Indo-Pacific, especially Australia—usually have anti-venom available. The immediate treatment is to bathe the wound in hot water to denature the venom. One man who had an encounter with a stonefish in 1915 died. Stonefish stings aren’t common, but the fish are occasionally found off popular beaches. In such areas in Australia, beach-goers are advised to don “sturdy footwear.” I have no idea what sort of beach footwear is thought to be sturdy, but I’ve never seen any that was puncture-proof.

There are numerous videos online showing people picking up stonefish, which are relatively docile fish. This is not something you should try at home. Even if you live in Australia.