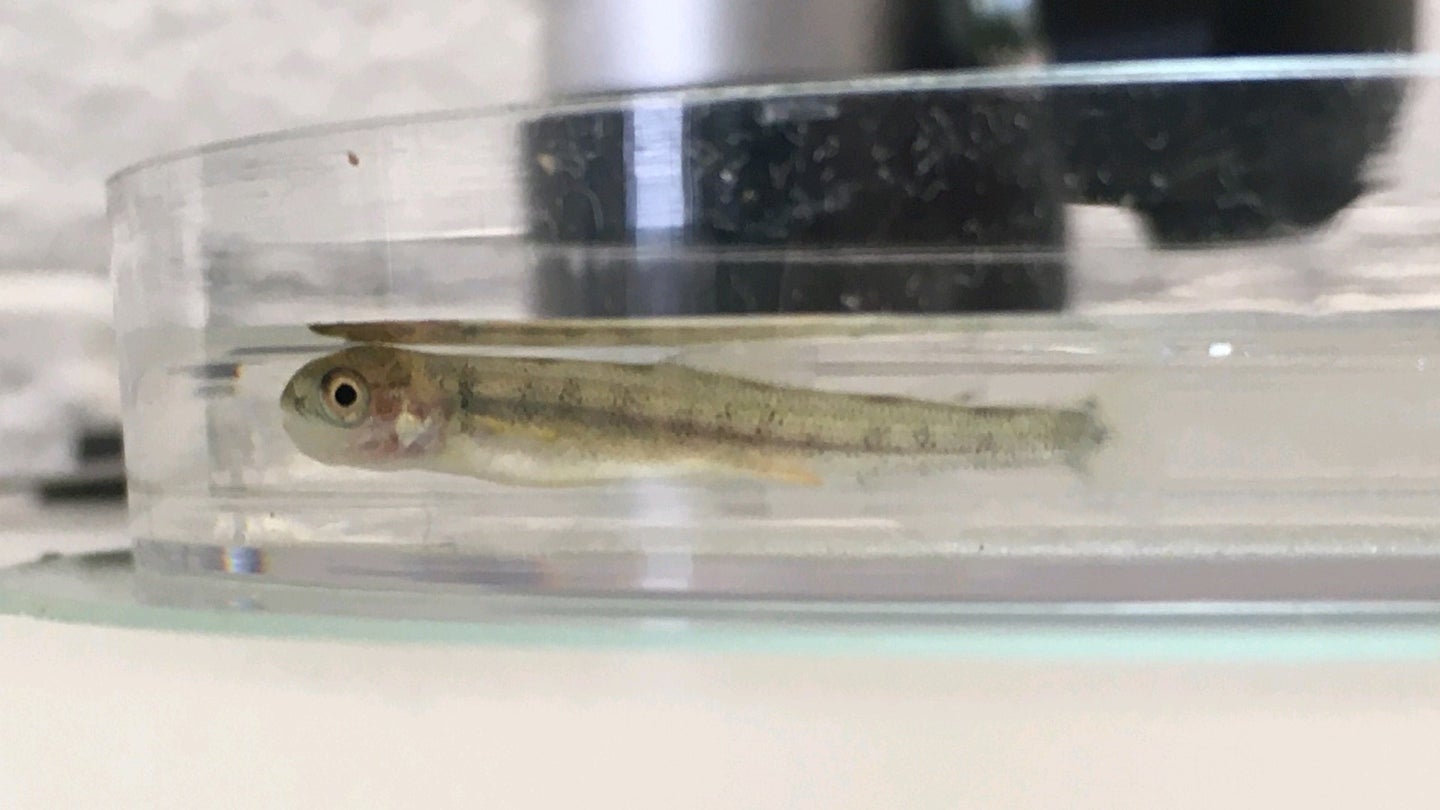 The New York Department of Environmental Conservation (DEC) has announced a significant marker in its decades-long quest to recover the lake trout population in Lake Erie. Last month, the agency’s Fisheries Research Unit discovered the presence of wild lake trout fry, confirming that the species is once again naturally reproducing in the lake after being extirpated in 1965.

“Today marks a key milestone in the restoration of lake trout in Lake Erie after six decades of significant investments to improve water quality and habitat and promote sound fisheries management,” said DEC Commissioner  Basil Seggos in a press release. “This phenomenal Great Lakes story of recovery is a testament to the perseverance of the researchers and biologists from DEC and partner agencies who worked tirelessly to help restore this fishery.”

The discovery resulted from a high-tech acoustic telemetry study that identified potential spawning areas on the eastern side of Lake Erie. This past spring, DEC staff collected the lake trout fry on a rock reef about five miles west of Barcelona Harbor in Chautauqua County. In July, a scientist from Trent University officially identified the fish using genetic bar-coding.

Why Is This Discovery So Significant?

The lake trout, also known as mackinaw, is the largest species of freshwater char and used to be the apex predator in Lake Erie and Lake Ontario, with massive fish upwards of 50 inches and weighing 75 pounds swimming the depths of those Great Lakes. But the lake trout population in Lake Erie declined precipitously starting with commercial fishing operations in the 1700s and 1800s that decimated the fishery. By the 1930s, commercial operations for lake trout had ceased, but the fishery was still impacted by habitat degradation and invasive species. In 1965, lake trout were considered extirpated from the lake.

The recent discovery of wild fry is a milestone in a restoration effort that stretches back to 1982, when state and federal agencies began stocking lakers into Lake Erie. In 1986, the Great Lakes Fishery Commission also worked to directly suppress the parasitic sea lamprey population to foster the lake trout recovery. Lake Erie soon regained its footing as a popular lake trout fishery with 10-pound lakers commonly caught, as well as some 20-pound hogs taken each year. But until now, these catches were the result of a massive interagency operation that involves the stocking of hundreds of thousands of lakers each year.

This year’s discovery is the first real evidence of natural reproduction. Though the total number of wild fry that researchers collected this spring was relatively small, the DEC still says that the fact that lake trout have successfully spawned, laid eggs, and hatched is “historic.” It’s a clear win for fishery conservation efforts and a significant step to fully restoring wild lake trout to Lake Erie. Moving forward, the DEC will continue to identify spawning areas for habitat restoration projects.