“They Call Me the Lobster Lady!” This 101-Year-Old is Still Catching Big Bugs 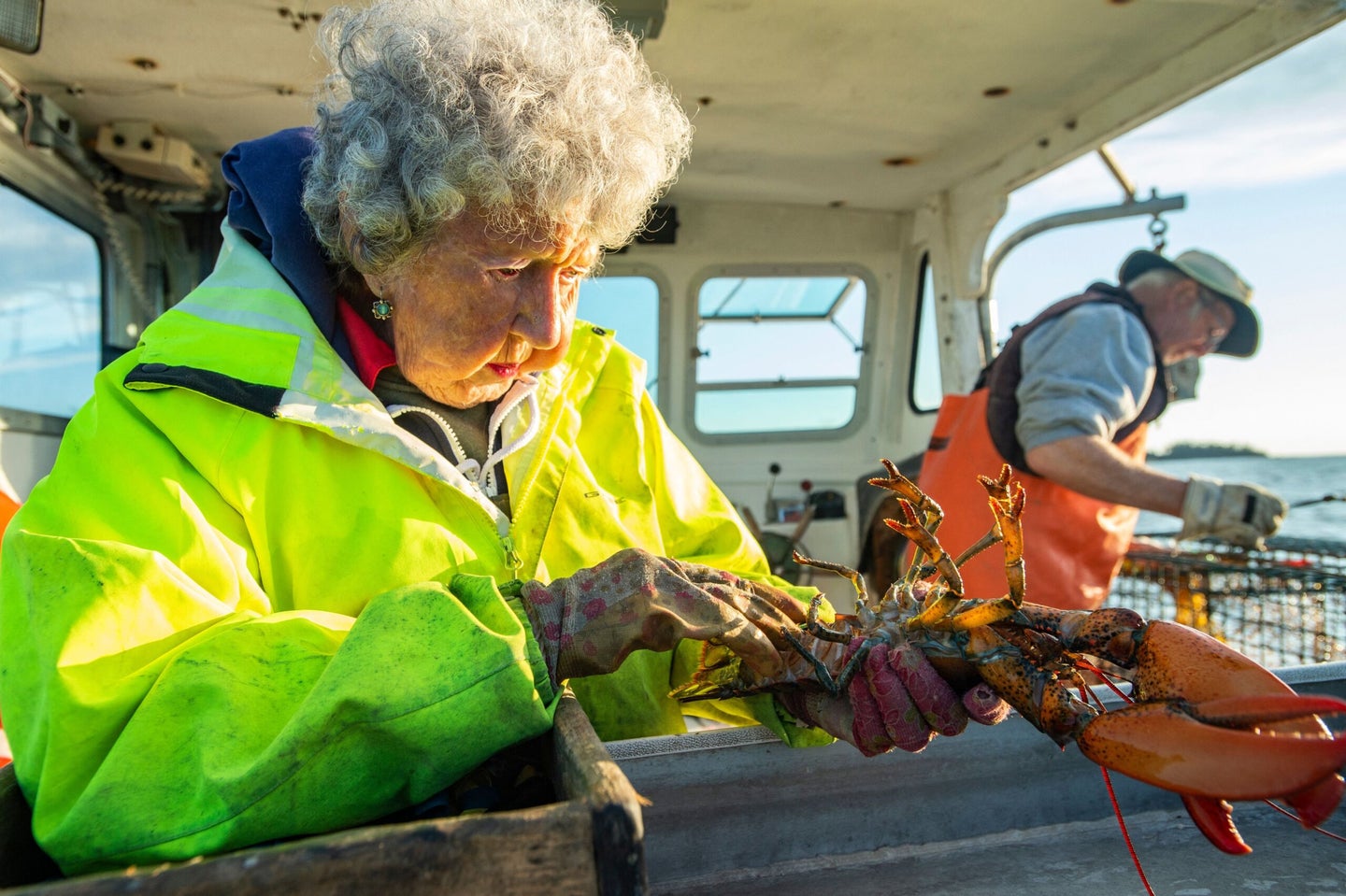 Oliver has been lobstering for over 9 decades. Joseph Prezioso/AFP via Getty Images
SHARE

If you buy a lobster roll in Rockland, Maine, it’s quite possible that Virginia ‘Ginny’ Oliver caught the classic sandwich’s lobster. The 101-year-old woman runs 200 pots three days a week with her son and is one of—if not the—oldest lobstermen in the world. Oliver has been catching bugs since she was eight—which was in 1928. Her father was a lobsterman, her late husband was a lobsterman, and her four children are all lobstermen as well. While she isn’t running the boat anymore, make no mistake, she’s still the boss.

“They call me the Lobster Lady,” she told NBC News Center Maine. Oliver’s routine begins at 2:45 AM. She drives her old GMC to pick up bait and supplies before heading to the Owls Head Marina. She boards her late husband’s boat and heads out to sea with her 78-year-old son, Max, who hauls in the pots while Ginny measures and bands legal-length lobsters. Once that’s done, Ginny cleans up and then fills bait bags with pogies. Afterward, Max sets the pots again.

Read Next: Golden Moments in the Life of America’s Oldest Hunter

“I don’t know how I’ve lived so long,” she told the Maine Women Magazine. “But you’ve got to keep going!”

“Everybody is gonna die sometime,” she told NBC News Center Maine, adding she will only “retire” from lobstering when she does pass away. “You not gonna live forever, so why let it bother you?”