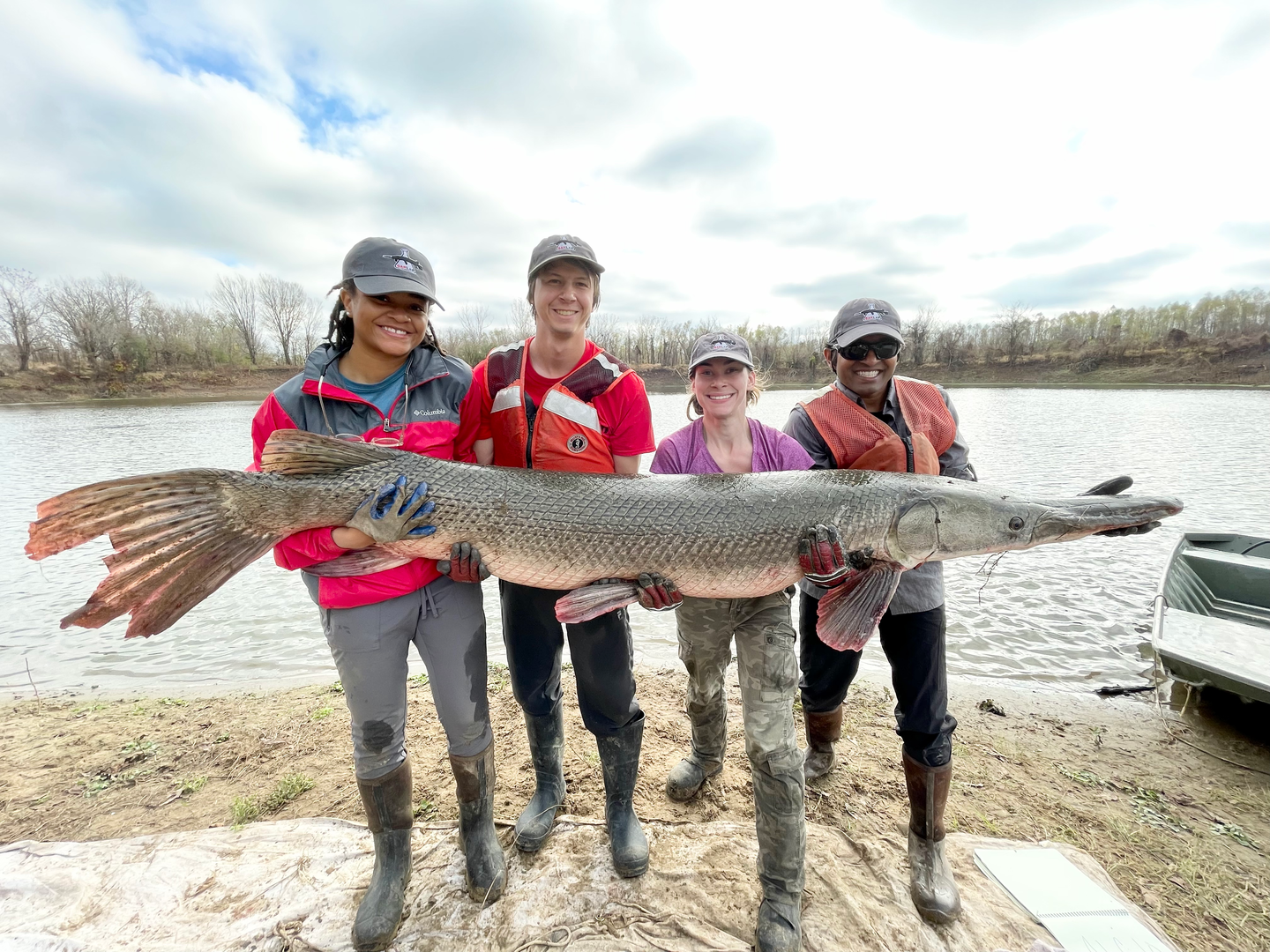 Scientists have long understood that to measure the health of an ecosystem, you need to study its apex predator. As such, gar depend on many other things remaining stable in the food pyramid below them. A disruption in that food chain, typically caused by human activity, can suddenly make them vulnerable. While gar in the estuaries of Louisiana are currently thriving, local extinctions have occurred in the northern end of their range in places like Ohio and Illinois. To track the health of the fish’s habitat, scientists typically conduct isotope analysis by examining muscle tissue and stomach contents. The problem is, they have to kill the fish to do that.

“It just kind of got me thinking about whether there are ways to do this so that it wasn’t a lethal method, such as using fin tissue instead of muscle tissue,” Anthea Frederickson, an aquatic biologist leading the work told WWNO 89.9. She instituted a new program involving catching spotted and alligator gar, clipping their fins, and then releasing them.

Frederickson and her team at Nicholls’ GarLab used electrofishing to catch 104 spotted gar from the Atchafalaya River basin and the upper Barataria Estuary. They also gathered alligator gar from anglers who participated in a fishing tournament at Lake Pontchartrain and used gill nets to catch additional fish from a marsh near Chauvin.

In the recently published study, they compared the efficacy of traditional muscle samples with that of fin samples to perform isotope analysis. The results showed that the fin tissue analysis was just as effective. It’s good news for the scientists, who can now tag and track the gar, and for the fish, who live to see another day.

Frederickson and the GarLab team conducted the study in an area where gar are plentiful, but they hope this non-lethal method may soon help their northern colleagues study more vulnerable gar populations. Gar have lived in North America for more than 100 million years—and Frederickson and her team are doing their part to keep that streak alive for a while longer.