Would You Fish a Lure On Your Fly Rod? 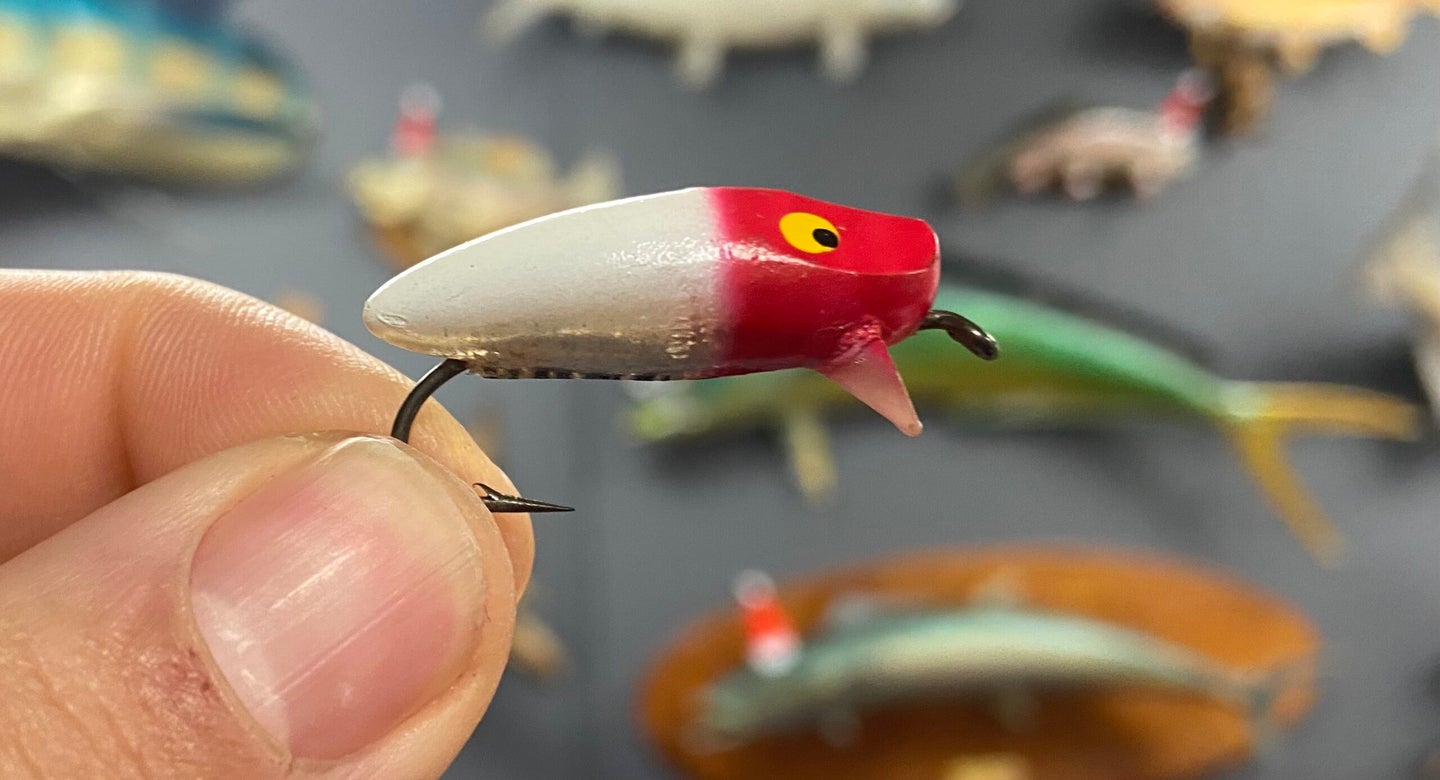 Is a Heddon Fly Rod River Runt a lure or a fly...or a flure?. Joe Cermele
SHARE

By definition, a fly is natural materials—namely hair and feathers—lashed to a hook. If you adhere to that definition, then a large percentage of the fly patterns sold in shops today aren’t truly flies. As soon as you add synthetic flash, lead eyes, foam, or faux fur to a tie, is it really a fly anymore? Old standards would say no, of course. But as materials advanced and tyers got more creative, the fly community fully accepted these new additions. Nowadays, materials have advanced so far that we’ve got kicking paddle tails, joints, weighted masks, and even soft-plastic components blurring the lines between lures and flies. Some folks in the fly world don’t like to talk about how many new-age patterns are modeled after developments on the conventional angling side of the fence, but the reality is those blurred lines date back decades to a time when defining what counted as a fly was much simpler.

There are lines in fly fishing that are not widely crossed. If a product is made for the conventional angling market first, then by and large, it won’t be embraced by the fly crowd even if it’s suited for fly fishing and may even catch more fish. Trout Magnets come to mind. These tiny soft-plastic mealworm imitations weigh the same as larger nymphs commonly used in trout fly fishing. They’re the same size, if not a little smaller than some of those nymphs. I know plenty of fly guys who keep a stash of Trout Magnets in their sling packs, but they’re a dirty little secret, only used when fishing alone or away from prying eyes. But if you stepped back in time 60 years, there would be nothing to hide.

The 1950s and ’60s can be considered the heyday of the “flure,” lures specifically designed to be effectively delivered and fished with a fly rod. Many big-name lure companies produced lighter, tinier version of their most popular models just for fly fishermen. There was the Heddon Punkie Spook,  Shakespeare Midget, Creek Chub Fly Rod Pikie, and the Pflueger Spotted Fly Rod Biz Minnow. These selections, of course, don’t even scratch the surface of the amount of flures once sold in every tackle shop. The mini lures were often made of wood, rubber, or plastic. Many featured tiny diving lips, metal propellor blades, and even treble hooks. Sales drive production, which, given the longevity of these early flures, suggests they were popular. The fact that it was more PC in this era for fly anglers to kill some trout, bass, or pike for the table may also have contributed to popularity of the flure. But somewhere along the line, the fly community vowed to cast only what was made by fly-specific companies. If you ask me, I say fly anglers should focus on only what can, in fact, be cast and not who made what you’re casting.

Carl Harris of CGH Custom Tackle is making it his mission to resurrect the flure. Using a computer aided design (CAD) program, Harris crafts foam and Ultra Suede patterns that mirror classic lures like the Hula Popper, hollow-body frogs, and even the Original Rapala Floating Minnow. The most important element of his designs, however, is that they must be able to be cast smoothly and effectively with a fly rod, and each design undergoes copious testing before it goes up for sale. If a pattern requires too much extra effort, false casting, or flailing to get where it needs to go, Harris goes back to the drawing board.

I believe proper presentation is what should matter most. Theoretically, you can deliver almost any lure with a fly rod, but it would be awkward and impractical to do so. If what you crave as a fly angler is sending tight, sexy loops zinging through the air, does it really matter what’s on the end of the leader if that line uncurls unencumbered? Many fly fishermen will say yes, but then tie on a Squirmy Wormy, which is essentially a micro soft-plastic bass worm. Or they’ll sling a Clawdad, which is made primarily of rubber legs and suede claws. Then there’s the Gummy Minnow made of nothing but lead and plastic SiliSkin. All of these are accepted as flies though many—like those Squirmy Wormies and Clawdads—are equally lethal on a light spinning rod. I know from experience. In my eyes, they are all flures.

Even though modern flies continue to reinforce the bond between conventional and fly tactics, the rift between these two types of anglers persists. What many anglers on either side of the debate often miss is how much one can learn for the other. Being proficient at catching fish on jerkbaits will make you a better streamer fisherman. Likewise, understanding how to nymph will make you more proficient at fishing hair and feather jigs. History shows that during the flure era, there was harmony between fly and spin guys; everyone was just an angler regardless of preferred method. In my opinion, the table is set for that harmony again, especially if we can all remember that the common goal is simply catching fish.