Due to the pandemic, baby eel prices dropped, but last year they jumped back up to $1800 per pound 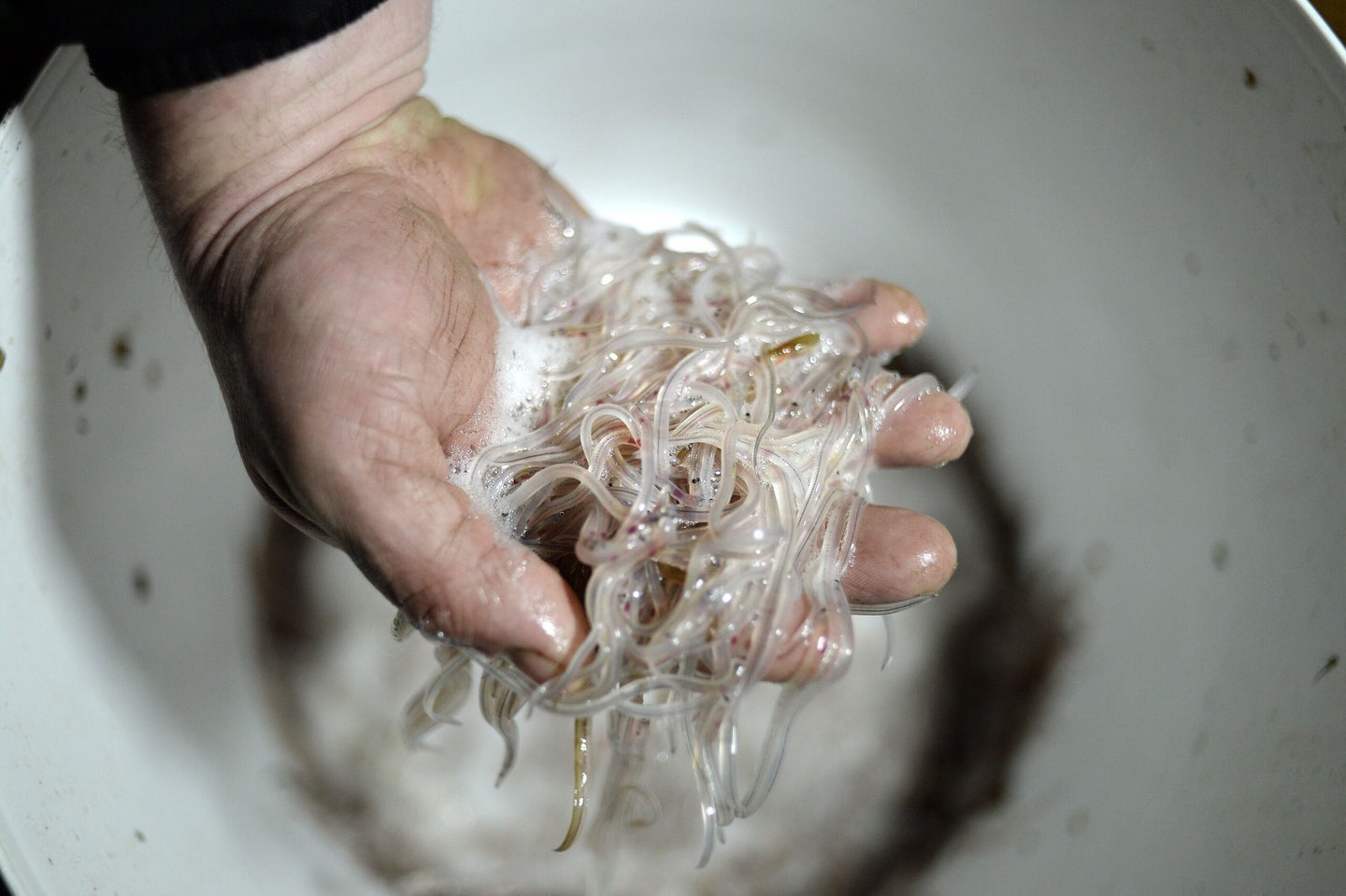 Baby eels are called elvers, and the only significant fishery for them in the U.S. is located in Maine. From March to June, or until the quota is filled, fishermen are allowed to net elvers and sell them.

Two years ago, elver prices dropped because of the pandemic, but in 2021 they were back up to around $1800 per pound. This year Mainers have their fingers crossed that the trend will continue upward.

Elvers are sold to Asian aquaculture operations that raise the baby eels for food. Eel farmers haven’t been able to figure out a scalable way to breed eels in captivity, so they rely on wild-caught elvers for seed stock.

The industry used to purchase elvers from Europe and Japan, but since the 1980s both fisheries have seen a 90-percent decline in eel populations. In 2010, the EU banned all export of eels, and in 2011 a Tsunami wiped out a large part of Japan’s eel stockpiles. As a result, Maine elver prices skyrocketed.

Mainers fish for the baby eels at night in streams and rivers. After being pushed into the coast on the Gulf Stream from the North Atlantic, elvers work their way into estuaries, streams, and lakes where they can grow bigger. And because Maine has miles of pristine shoreline and loads of undammed rivers and streams, elvers are free to move through the area.