Marlin Caught On Video in the New Jersey Surf

A deep-water denizen feeds on baitfish right off the beach 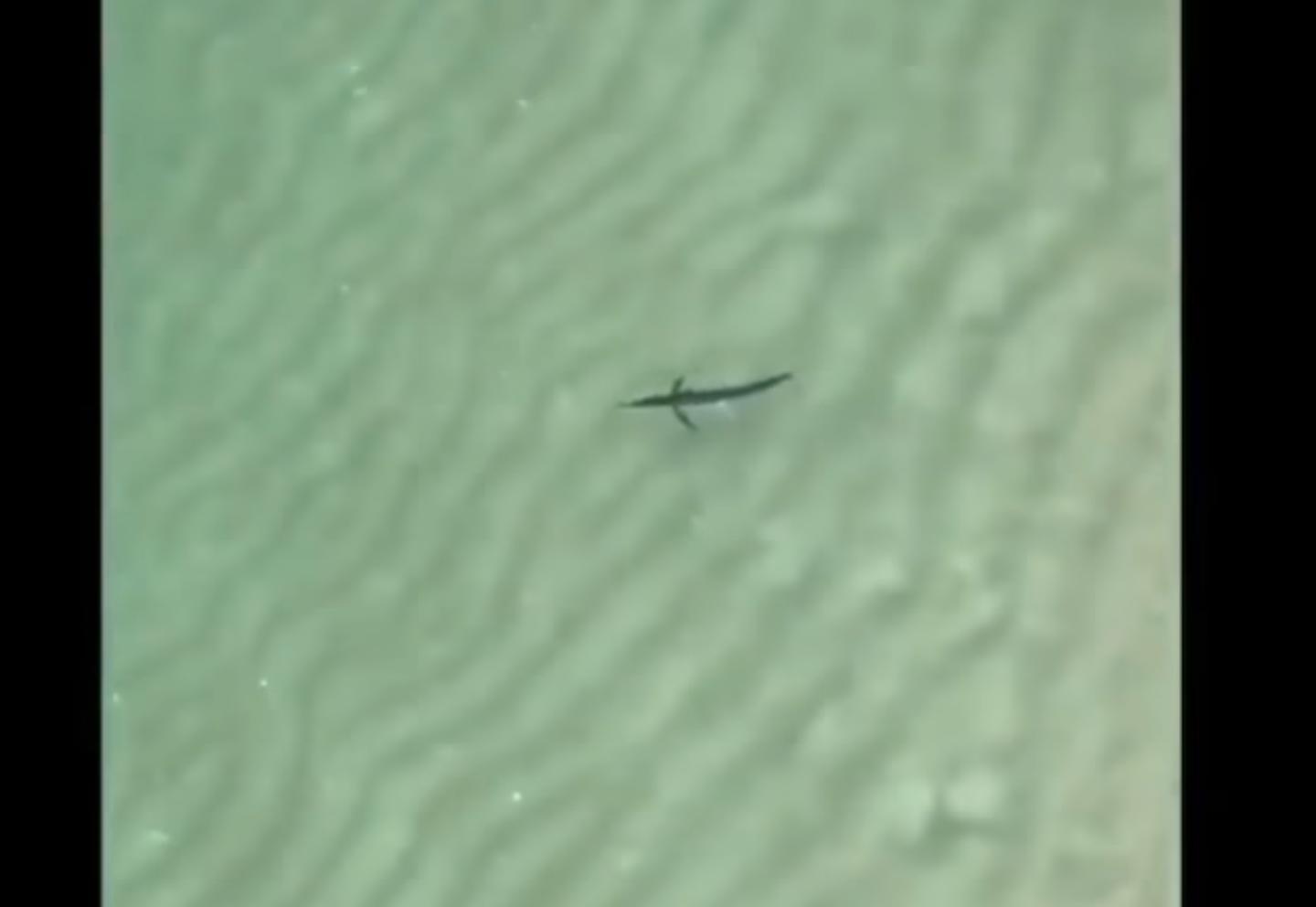 Looking at the video, it seems the fish may be a small white marlin. Fisherman's Headquarters
SHARE

In an incredible right-place, right-time moment, Scotty Vee and his son found themselves face to face with a marlin in the surf. At the North Jetty of Barnegat Inlet in Island Beach State Park, New Jersey, they spotted a sickle fin come poking out of the sliding waves in the undertow.

“Once I figured out that it was a marlin on bait I knew the chances were slim [to catch it], but we had one or two follows on a popper,” Vee says.

Historically, New Jersey anglers will see some bluefin tuna move within the surfline, and huge sharks are common in the summer, but marlin? Not so much. Marlin, or any big game pelagic for that matter, rarely come close enough to the coastline, especially in the Garden State, making this sighting a once-in-a-lifetime experience.

“We followed it for about 45 minutes up and down the beach as it was feeding on the sand eels all around,” says Vee. “I just couldn’t believe what we were seeing. The fish was hanging in close actively feeding, it wasn’t like he was stuck or sick.”

Looking at the video evidence, it seems the fish may be a small white marlin.