Ever seen a bass like this before? The strange-looking smallie most likely has a genetic mutation impacting its pigmentation 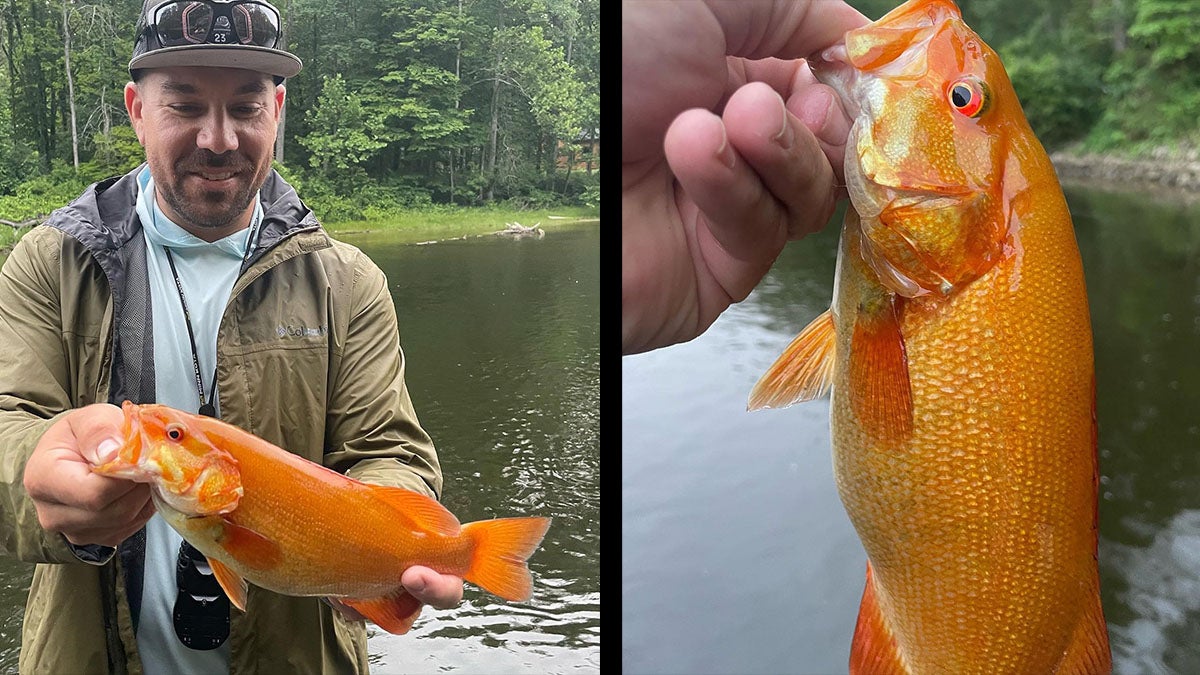 Josh Chrenko just caught the bass of a lifetime—but it wasn’t because of the fish’s size. Chrenko is a serious bass angler and is a co-host of the Smallie Talk podcast. He’s caught plenty of nice smallmouth bass over the years, but he’d never seen—or heard of—anything like the gold-hued smallie he hooked into while fishing the Muskegon River in Michigan earlier this month.

“Until I caught this guy, I didn’t even know [xanthic bass] existed,” Chrenko wrote in a Facebook post. “For someone that lives and breathes fishing for smallmouth, this is one I’ll remember my entire life…I can only imagine that this little guy had to overcome crazy odds to survive the first couple of years of his life from predation. Being neon-orange would make for a tough life as a small freshwater fish.”

Chrenko did not take any measurements of his catch. After snapping a couple of photos of it, he released it back into the Muskegon. In a video he posted on Facebook, you can watch the neon-orange smallie flash gold on the surface before disappearing beneath the river’s murky water.