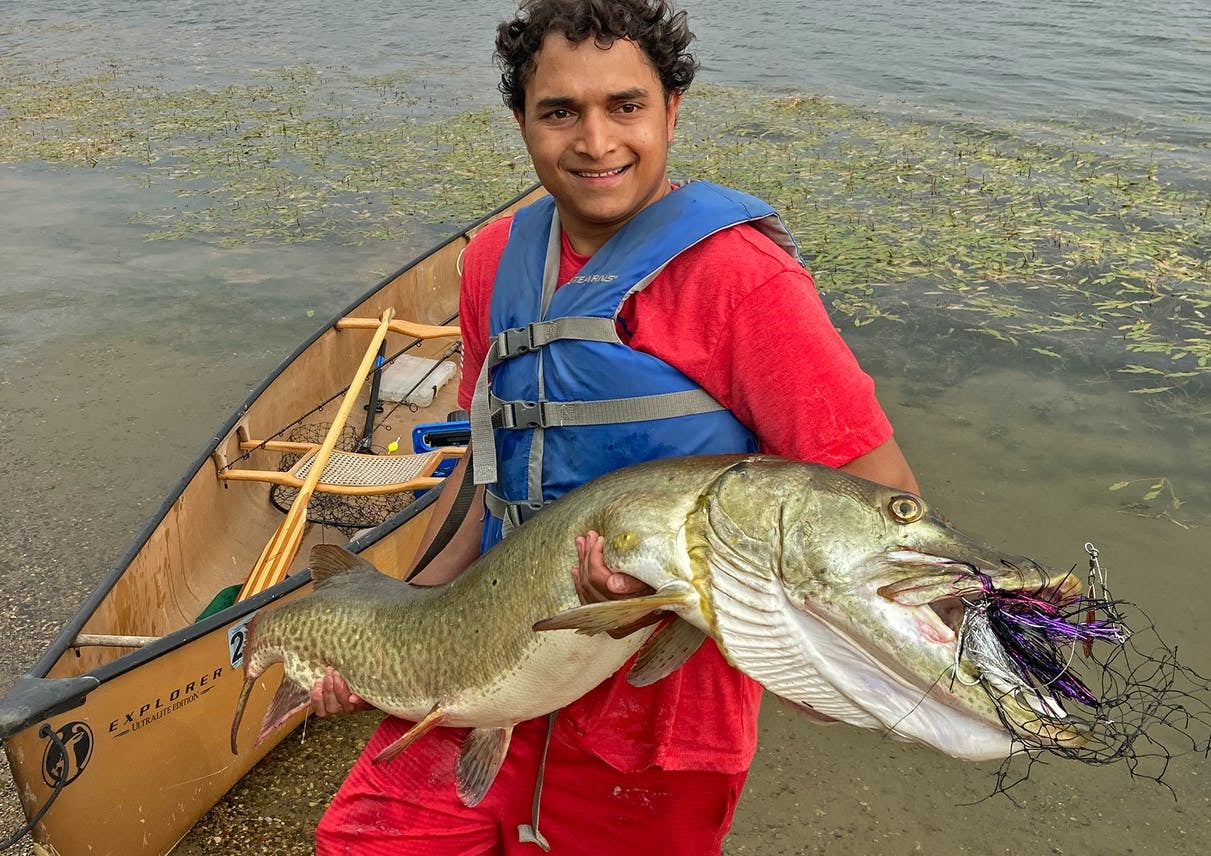 In early August, 21-year-old Minneapolis angler Mikhail Pearthree hooked into “the fish of a lifetime” while fishing at an urban lake just two blocks from his house. He caught a 54.5-inch muskie from Bde Maka Ska, and his fish quickly became recognized as one of the largest muskies ever recorded in the Twin Cities metro region. It also neared state-record territory. The longest muskie on record in Minnesota at the time of the catch was a 57-incher that was caught and released in 2019 by Corey Kitzmann.

Pearthree is typically a catch-and-release angler and hoped to let the trophy fish go. He was only carrying a small walleye net, which fit only the muskie’s head. He managed to wrangle the fish into his canoe but wasn’t able to pry the hook free without the risk of tipping the small watercraft. Pearthree quickly paddled to shore, where he planned to remove the hook, revive the fish, and release it, but by the time he brought the monster to land, it was not responsive. He kept the fish, which breached the 54-inch state size minimum, a strict regulation that ensures that all but true trophy muskies are released. Pearthree was using 80-pound-test line on a Shimano Cardiff Reel paired with a Muskie Innovations Predator Series Bulldawg Rod.

For Pearthree, landing the giant was a testament to his dedication. He fishes Bde Maka Ska at least three times per week. Pearthree typically spends most of his time on the lake jigging for walleyes, but when changing spots, he trolls a big bucktail—which was when the muskie struck at 4:30 p.m. on a Monday afternoon. He was paddling in water that was 40- or 50-feet deep when his rod “just bent down,” according to an interview in the Star Tribune. He uses a phone app called Navionics to determine water depths. In the winter, Pearthree and his father Craig are avid ice fishermen. Pearthree hopes to be a fishing guide one day.

“You never know what you’re going to catch—could be a monster…,” Pearthree told Fox9. “[Fishing] is exciting, and it’s fun.”