The state record was certified under Mississippi's "trophy" category, which is reserved for fish caught by alternative methods 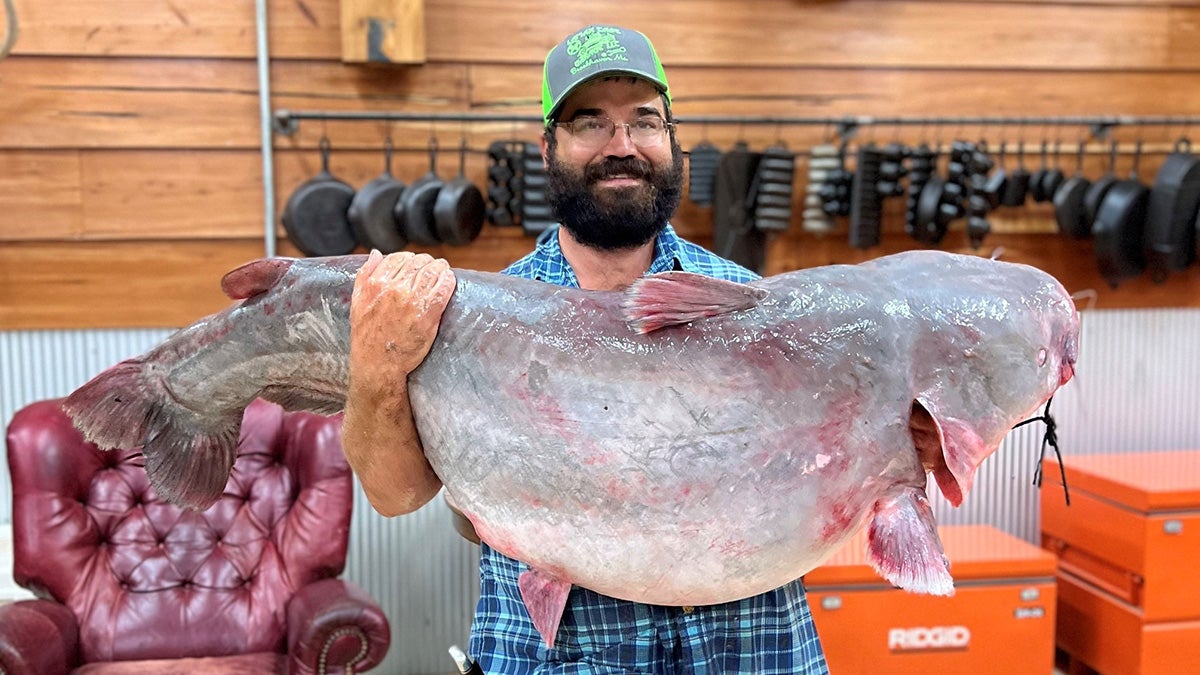 This is the second state record catfish pulled out of the Mississippi River this year. MDIFW via Facebook
SHARE

Christopher Halley caught an absolute monster blue catfish on a trotline on July 31st—and now he’s a state record holder. On July 30, Halley set trotlines on the Mississippi River baited with his family’s secret bait recipe. At first, the fishing was slow, and summer storms were pummeling Halley with rain. Still, Halley kept after it. Instead of heading back to the boat ramp, he stayed on the river and spent the night in his War Eagle 961 Blackhawk boat.

The next morning, Halley reaped the benefits of his persistence when he pulled one of his trotlines—and found a giant catfish. “It was heavy, and my dip net wasn’t big enough,” Halley told the Natchez Democrat. “I got his head in [the net], but his body was hanging out, so I used my hands and grabbed him by the gills to pull him in.”

After hoisting the brute onto his boat, Halley brought the fish to a local bait shop to get weighed. It came in at a whopping 104 pounds and was by far the biggest fish Halley had ever boated. On August 9, the Mississippi Department of Wildlife, Fisheries, and Parks (MDWFP) announced that it’s also the new state record blue catfish in its Trophy Category, which is reserved for fish caught using methods that don’t involve a rod and reel.

Read Next: 10 of the Biggest World Record Catfish of All Time

“The fish broke the previous state trophy record blue catfish caught by the team of Freddie Parker and Brad Smith in 1997 by 3 pounds,” wrote the MDWFP in a Facebook post. “This is the second blue catfish state record broken this year. In April, Eugene Cronley of Brandon landed a 131-pound blue catfish using a rod and reel. Interestingly, that fish and the previous trophy record were all caught from the Mississippi River near Natchez.”