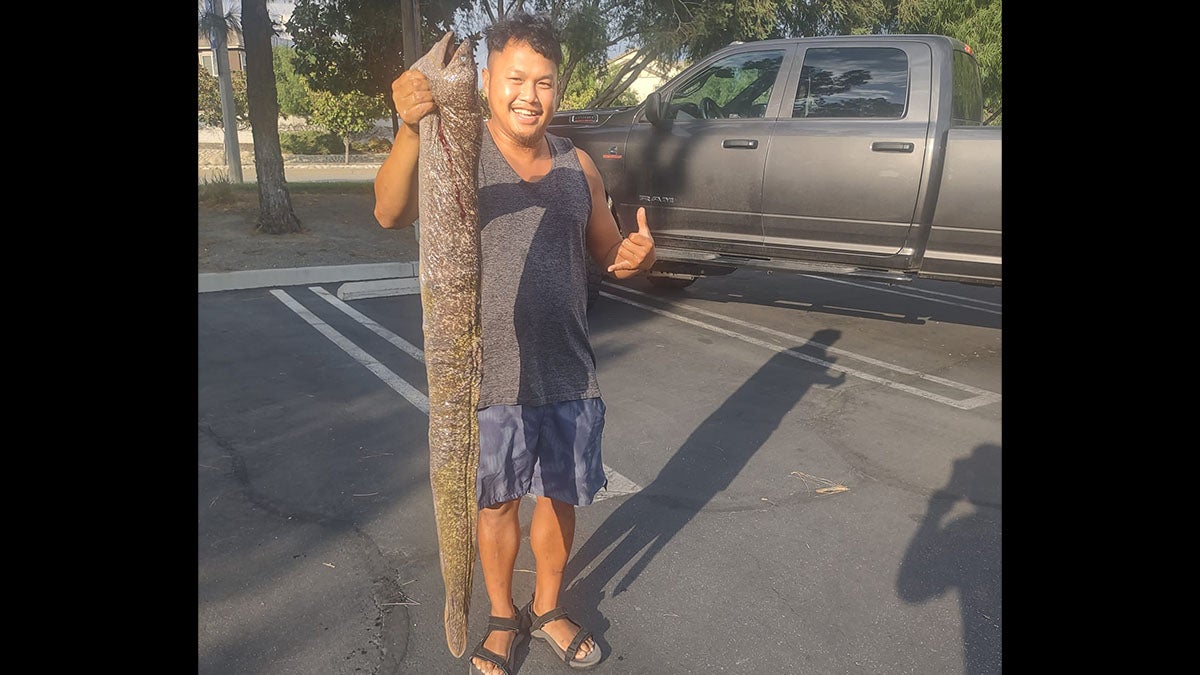 California angler Justice Kayasone may soon have his name in the record books. According to a Facebook post by Macks Fish Reports, Kayasone was fishing from shore at San Diego Harbor on September 10. He was using half of a mackerel for bait when he hooked into an eel of epic proportions. The next day, knowing he might have a record on hand, Kayasone drove to a nearby Bass Pro Shops to weigh the eel with his buddy Andrew Mack.

Mack recorded the ensuing weigh-in in a Facebook live video. “When I hooked it, it felt like the body of a shark. But when I was reeling it up, it started spinning like a stingray,” says Kayasone in the video of the fight. “Then it started doing death rolls and coils, trying to pull the hook out of its mouth.”

But Kayasone was able to get the California moray eel to shore—and an IGFA-certified scale. Kayasone and Mack weighed it in at 14.44 pounds. It stands to soundly smash the existing IGFA all-tackle world record, which is a 10-pound, 8-ouncer caught in 2018.

Moray eels are a family of eels with approximately 200 different species in total. They are considered a “true eel,” meaning their dorsal fins begin just behind their heads and extend along the length of their bodies. Kayason caught a California moray eel. It’s the only species of moray eel found along the coast of California. According to the Monterey Bay Aquarium, they can grow up to 5 feet long. Unlike most species of fish, they do not have pelvic fins, pectoral fins, or gill covers. They breathe by opening and closing their gill covers to flush water over their gills.

Kayasone says he hooked something the day before that felt even bigger than his pending world record—and that local divers have seen more giant moray eels nearby. He plans to head back to his spot at the San Diego Harbor and beat his own record. But in the meantime, he says nabbing a potential world record is “a dream come true.”