Thomas Madsen caught the big snapper off of Cape Hatteras. It topped the previous record by several ounces 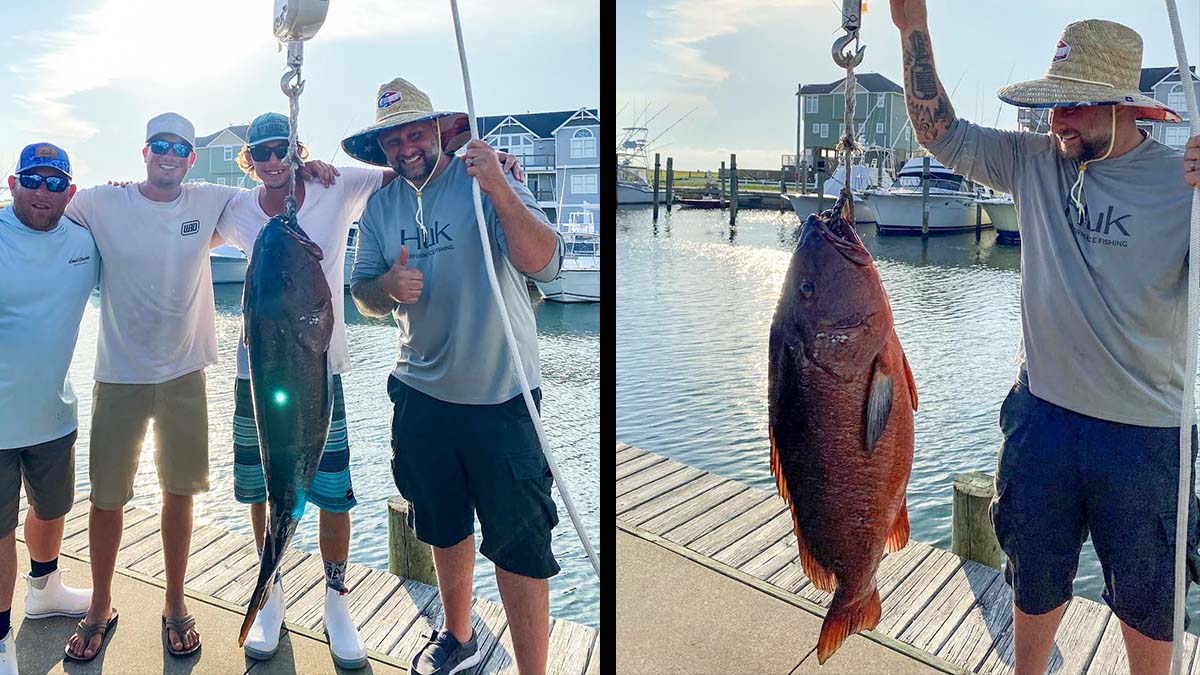 Cubera snappers are the largest species of snapper in the world. N.C. DEQ
SHARE

North Carolina has a new state record cubera snapper—a 58-pound, 8-ounce fish that was caught by Thomas Madsen of Byram, New Jersey on August 3. The catch was certified as the official state record for the species by the North Carolina Division of Marine Fisheries on August 11.

Byram was fishing offshore of Cape Hatteras with Captain Tyler Fleetwood of Sea Dream Fishing Charters when he hooked the cubera using live bait on a Shimano jigging rod and a Daiwa Saltist reel spooled with 80-pound test line. The fish measured 49.5 inches long and had a girth of 41 inches.

Madsen’s catch topped a 58-pound cubera caught by Morehead City, North Carolina, angler Randy Harmon off Beaufort Inlet near Cape Lookout in 2016. Harmon’s catch had shattered a record that had been on the books for almost a quarter-century by 11.5 pounds.

The hard-fighting, good-eating Atlantic cubera is the largest of all the snappers. Distributed throughout the western Atlantic from Florida and Cuba southward to Brazil, cubera snappers can top 100 pounds and stretch more than 4 feet. The current International Game Fish Association all-tackle world record cubera is a 124-pound, 12-ounce fish caught by Marion Rose off Garden Bank, Louisiana, in June 2007. The spearfishing world record was caught in June when Texas A&M college student Braden Sherron boated a 137-pound cubera snapper while diving beneath an oil rig in the Gulf of Mexico.