Does a New Study Mean You Should Stop Eating Freshwater Fish Forever?

The latest findings suggest that every wild fish swimming in our country is packing a dangerous dose of “forever chemicals." But I'm not trashing my fryer just yet 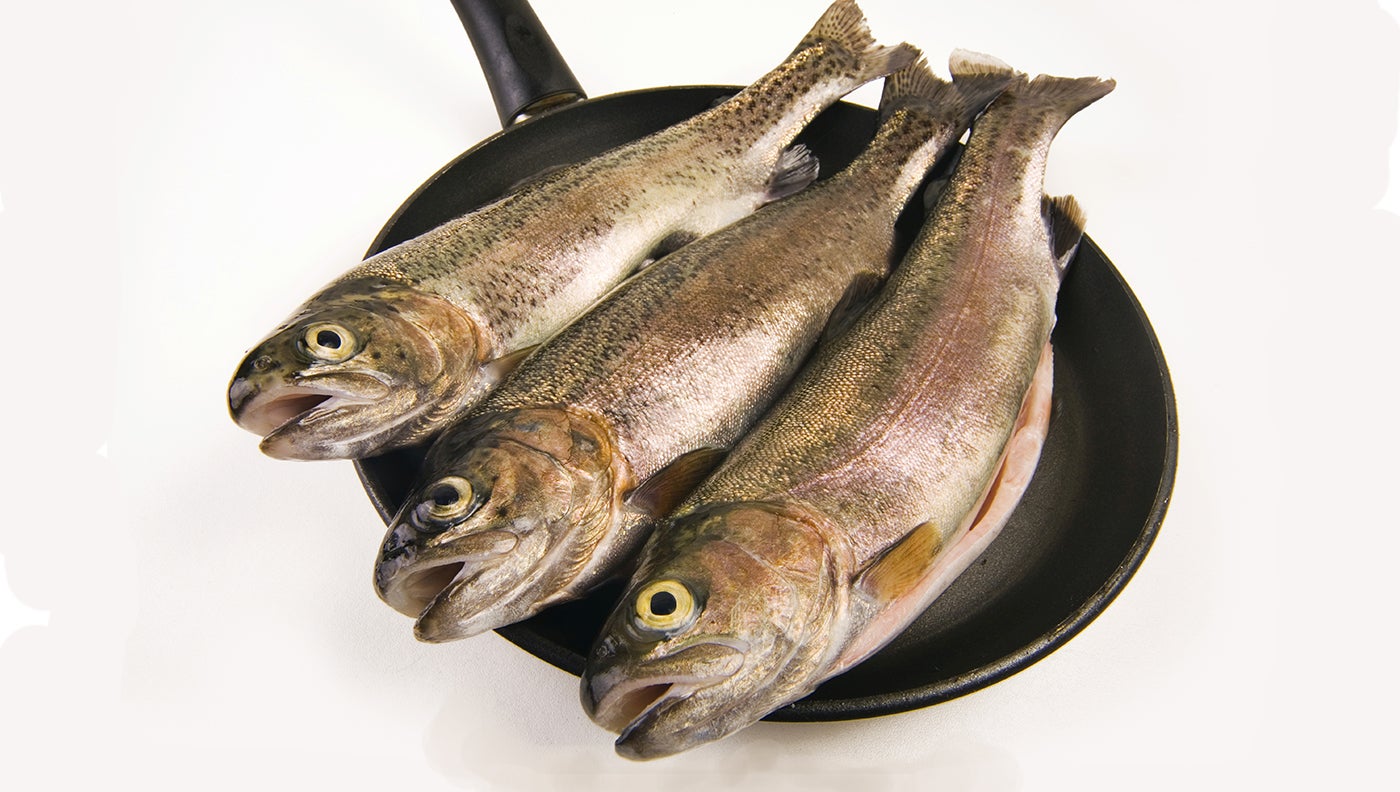 Among many other news outlets, The Hill recently reported the results of a study that’s shaking up the fishing world. According to the findings, which were published in Environmental Research, eating a single serving of freshwater fish is dosing your body with the same amount of “forever chemicals” as drinking a month’s worth of water that’s heavily contaminated with these same chemicals.

“Forever chemicals” are polyfluorinated substances or PFAS, and they can be found in things ranging from jet fuel and firefighting foam to certain food packaging and a range of household products. Per the story, once these PFASs are in your body, you can never get rid of them. While contaminants and carcinogens in fish is nothing new, this study suggests something that we’ve never heard before when talking about mercury or polychlorinated biphenyls (PCBs): The results lead one to believe that these dangerous levels of PFASs exist in practically every fish in every body of fresh water from Maine to California. The question every angler out there seems to have is, how seriously do we need to take these findings?

Is a Nationwide Fish Consumption Advisory Next?

The study was conducted by the Environmental Working Group, a non-profit organization with a mission statement that reads: To empower you with breakthrough research to make informed choices and live a healthy life in a healthy environment. To reach the conclusion about the high levels of PFASs, the group sampled 501 fish fillets between the years of 2013 and 2015, which were gathered with the help of the EPA’s National Rivers and Streams Assessment (which claimed to gather data from up to 2,000 sites across the country), as well as from their Great Lakes Human Health Fish Fillet Tissue Study.

Although scientists might not know precisely how people are being exposed to PFAS, the study “clearly indicates that for people who consume freshwater fish even very infrequently, it is likely a significant source of their exposure.”

Scientists connected with the study are already calling for a universal fish consumption advisory across the entire country. Michigan’s Department of Health and Human Services has already updated its guidelines for consuming rainbow smelt and carp based in part on these findings. I, of course, am not a scientist, nor do I believe any of these results should be shrugged off, but the initial coverages leave me with more questions than answers, and my opinion is that when these types of studies arise, one must look at them with a critical eye.

Are Benefits for the Commercial Fish Industry a Coincidence?

According to the study, PFAS levels in wild fish are 278 times higher than those detected in farmed freshwater fish and commercially caught oceanic fish, which researchers attribute to PFASs being diluted far offshore and aquaculture environments being cleaner and more controlled. It’s also worth noting that there have been studies on retail fish carried out by the Food & Drug Administration as recently as 2022 that back up this lower level of PFASs. It’s difficult for me to overlook this, as it seems pretty blatant that what they’re telling people is that going out and catching your own fish for free is bad, and buying farmed or commercially caught fish is better, which would make this entire story good news for the commercial fish industry. No, I don’t have any hard proof of a bias, and this gut reaction isn’t based on my disbelieving the study’s findings. But the connection does set off my radar a little—along with the fact that scaring people away from fish consumption is something we’ve all seen before.

In every state, there has been some consumption warning about eating fish for decades. These can blanket an entire state, be specific to certain bodies of water, or relate to certain species. And ocean fish are certainly not immune to these warnings. Where I live in New Jersey, it is recommended to eat only one 8-ounce portion of striped bass per month, and anglers should “use proper trimming techniques to remove fat, and cooking methods that allow juices to drain from the fish.” This is to avoid PCBs, which are linked to cancer in animals and have been measured and present in striped bass for decades. We have been warned about rising levels of mercury in fish for a very long time as well. So, should we brush these warnings off? No. But to use mercury as an example, the only noteworthy case I’ve ever heard about mercury poisoning being directly linked to fish consumption was when Spice Girl Victoria “Posh” Beckham consumed so much swordfish over an extended period of time—often more than once a day—that she needed a detox to bring her mercury levels down.

I’m not suggesting there aren’t people out there that have experienced health issues tied to fish consumption, but Posh Spice aside, there never seems to be a sufficient number of victims to back many of these studies that are presented in alarmist ways. Nowhere in the article did I read what the effects of too many PFASs are on the body. Like PCBs, I’m sure they could increase the likelihood of getting cancer, but depending on what you believe, so can drinking out of plastic bottles and talking on cell phones. You can find some source to tell you almost anything might cause cancer these days, but with this study, it’s hard not to assume that if the PFAS levels were that high in fish collected between 2013 and 2015, they were probably that high or higher 10 years earlier. They’ve been that high for the last 7 years, presumably, right up until the study was published. In fact, the article notes that PFSAs were first identified in catfish in the Tennessee River way back in 1979.

If every freshwater angler that likes fried crappies and walleyes has been ingesting the equivalent of gallons of highly contaminated water for that long, shouldn’t we expect to see a noticeable link in the medical literature by now? Given how many anglers out there consume their catch far more than once a month, shouldn’t there be almost be an epidemic of fishermen in very poor health?

As far as I can tell, there isn’t. Now, does this mean we shouldn’t be aware of these studies or consumption advisories? Of course not. On the other hand, I’ll just note again that the language of the study findings say that consuming wild-caught freshwater fish “is potentially a significant source of exposure (italics mine)” My opinion? Until they can be a little more certain than that, and given everything above, I’m not ready to call off the occasional fish fry.