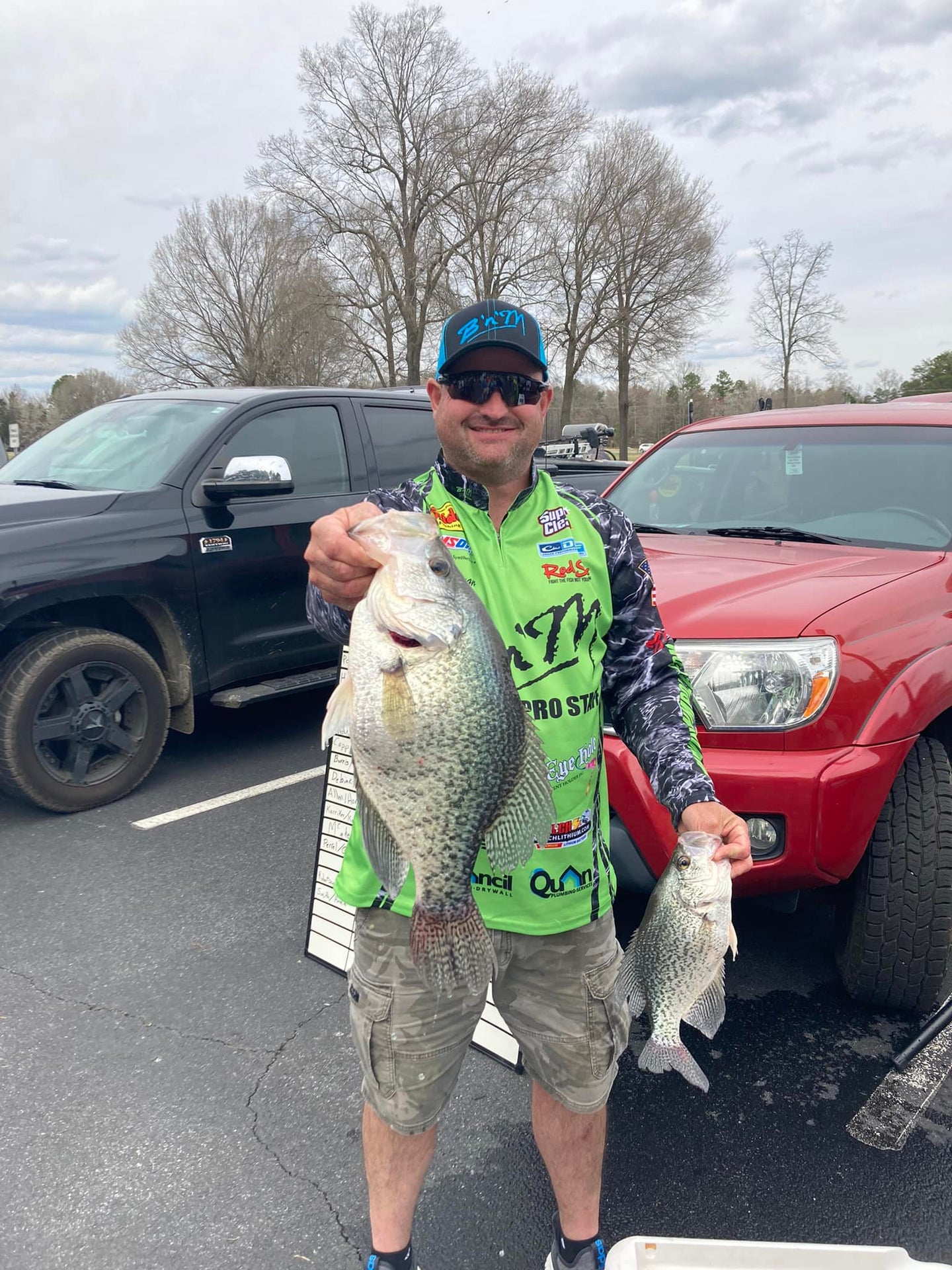 North Carolina angler Nate Quan boated a 4.14-pound crappie on March 18 while fishing the Central Carolina Crappie Classic tournament at High Rock Lake in Marc. The fish played a big role in earning more than $2,000 for Quan and his fishing partner. Quan caught the big slab only a few yards from where boatmate Jordan Newsome hauled in a 3.27-pounder earlier that day.

“When Jordan caught the 3.27-pounder, I told him, ‘you’ve outdone any fish I’ve ever caught. I’ll never catch a fish like that,’” Quan told the Davie County Enterprise Record. “And he said I might catch one that day.”

“About an hour later, I caught the 4.14-pounder, and he said, ‘I told you.’” Quan and Newsome were pitching to the bank in about 8 feet of muddy water, using a fish-finder to identify laydowns, brush, and stumps near the bank that might shelter big crappie. They were about 35 feet down the bank from Newsome’s 3-pound catch when something promising showed up on their screen. “Jordan said, ‘That’s gotta be a stump,’” Quan told Carolina Sportsman. Thinking he saw some movement onscreen, he pitched an Eye Hold jig with a black/chartreuse Slider minnow into the cover and was immediately rewarded with a heavy thump.

The fish only fought for a few seconds before coming to the surface and lying there like a flounder. The mouth of the anglers’ net wasn’t big enough to fit the fish into—but they managed to scoop it up onto the boat and into the livewell.

The duo then continued fishing. After a three-hour dry spell, they started targeting deeper water and were able to fill out their seven-fish limit with several more crappies averaging 1¾ pounds. They weighed out with 17.02 pounds at the end of day one, and 8.43 on day two—ultimately taking home $1,600 for first place as well as the big-fish prize of $480 for Quan’s catch. Both men set new personal bests, too. Quan’s previous PR was a 3.1-pounder and Jordan, a 2.8-pounder.

Quan and Newsome kept their biggest fish alive and donated them to the aquarium at the Bass Pros Shops store in Concord, North Carolina, where they have conducted crappie-fishing seminars together in the past. According to the North Carolina freshwater fishing state records, the Tarheel State’s biggest black crappie ever caught was a 4-pound, 15-ounce fish landed by Dean Dixon in 1980.