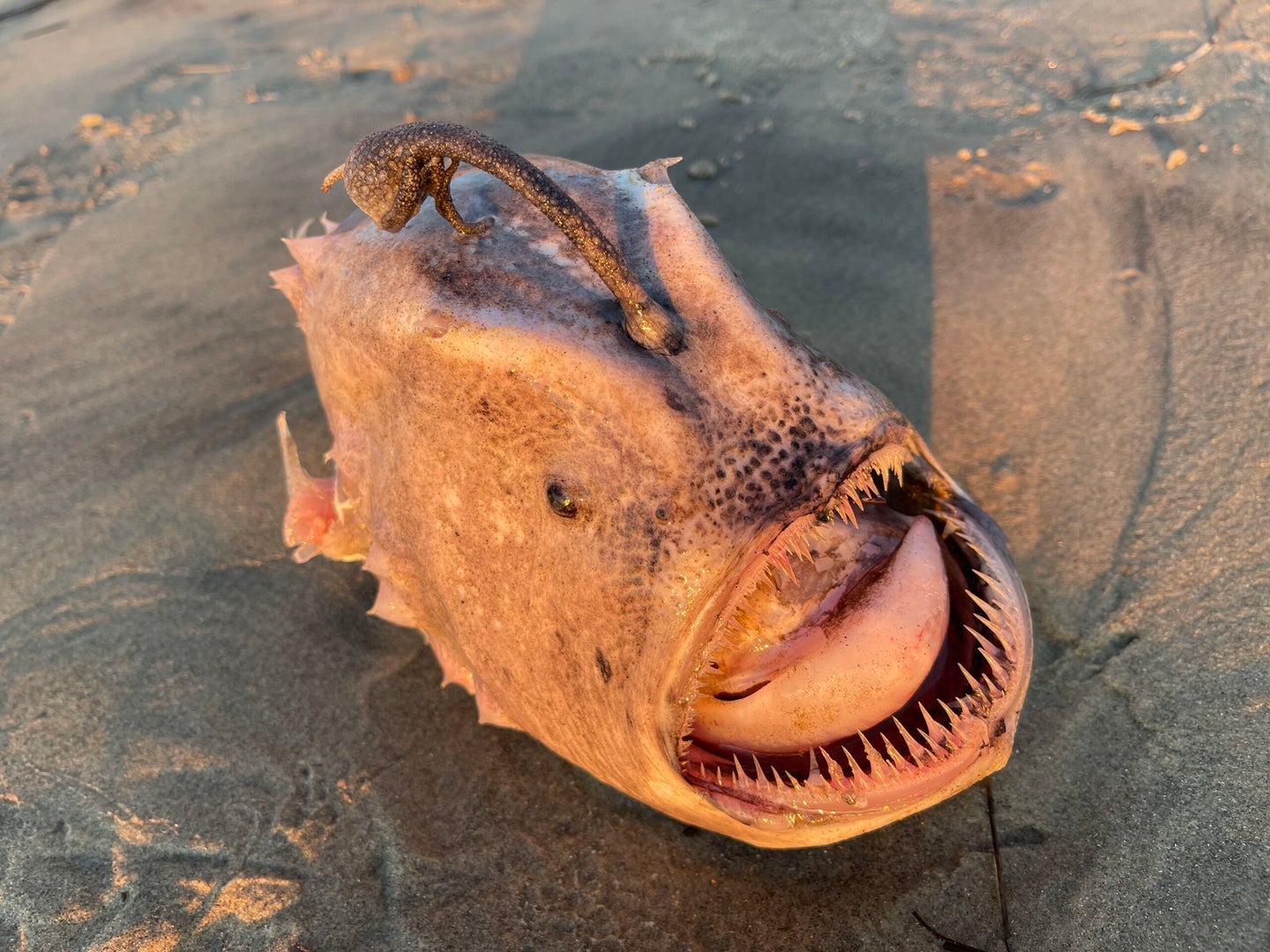 How’s this for an unusual fish tale? A fish that typically lives between 1,000 and 4,000 feet beneath the surface was found washed up on a local beach in southern California. On Saturday, November 20, Jay Beiler was out walking on Black’s Beach, which is infamous for being clothing-optional, when he encountered what he told NBC7 was “the stuff of nightmares.” The strange-looking fish was identified as a Pacific footballfish, which is a species of anglerfish. Anglerfish live deep in the ocean where there’s relatively little light and are known for using bioluminescent lights on the top of their heads to lure in prey.

“I have never seen anything quite like this before,” Beiler told NBC7, noting that the fish’s mouth looked bloody. “I go to the beach fairly often, so I’m familiar with the territory, but I’ve never seen an organism that looked quite as fearsome as this….”

Beiler says that the fish was about a foot long. It’s only the second Pacific footballfish ever found in the San Diego area, according to Ben Frable, the collection manager of the marine vertebrate collection at the Scripps Institution of Oceanography. The only other specimen encountered in the area was found in 2001. Frable thinks that the recently beached fish was a mature female and says it likely washed up on Black’s Beach in part because of the area’s topography. The beach is located near deep “submarine canyons” that are relatively close to the shore.

Read Next: Strange “Creature from the Twilight Zone” Washes Up on SoCal Beach

Frable asks that if other beachgoers and anglers encounter similarly rare fish that they report it to Scripps for research purposes. Scientists know relatively little about the biology and behavior of Pacific footballfish and other angler fish because of how rare they are and the depths that they typically occupy. Besides their bioluminescent “lures,” Pacific footballfish are distinct for their inward-jutting teeth, as well as the spikes on their sides, which are thought to help protect them from predation.