This encounter, and others like it, are encouraging for sawfish numbers 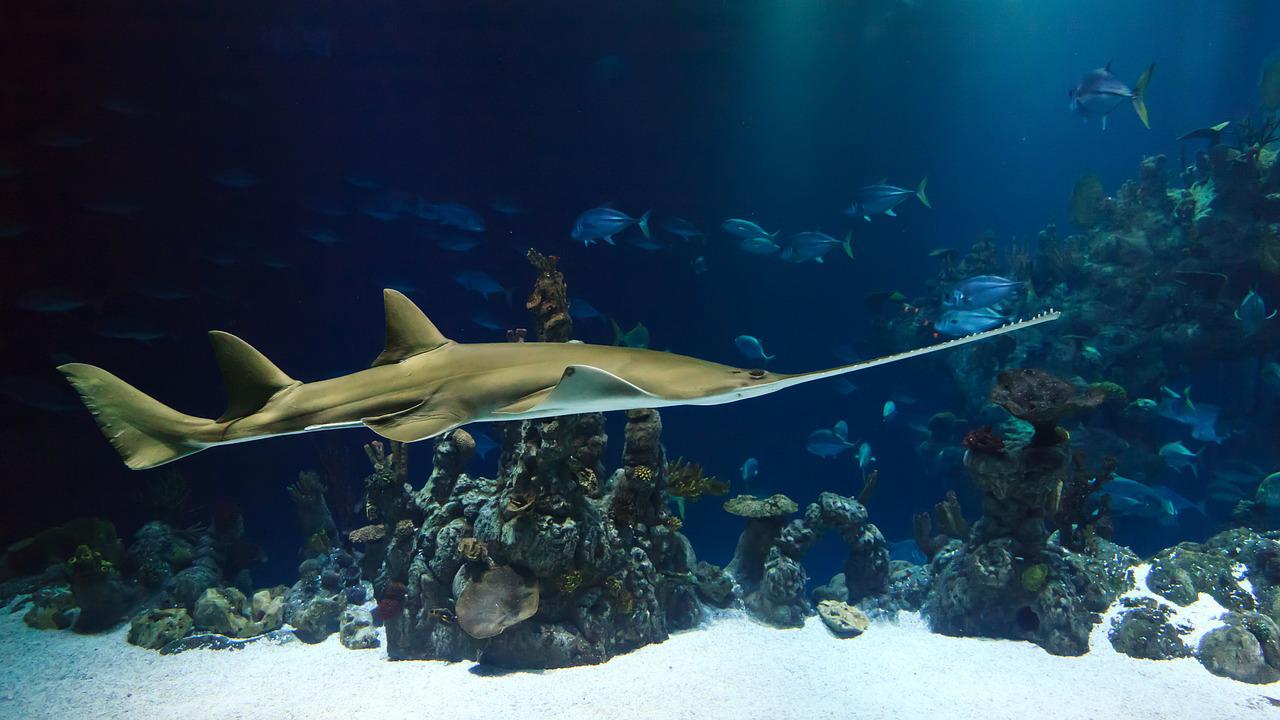 Sawfish are related to stingrays. PublicDomainPictures via Pixabay
SHARE

Ian Atherton of Fleetwood, England, learned firsthand that when you toss your hook into the ocean, you never know what might come back attached to it.

Atherton was fishing with Captain Jon Cangianella of Fin & Fly Charters out of Cocoa Beach, Florida, on April 9, on what began as a normal morning on the Atlantic. His target species was sharks. Launching out of Cape Canaveral, the men made the short run to 35 feet of water, where Cangianella began the hunt by dropping chum, a large piece of bluefish, over the gunwale in hopes of drawing a shark within casting distance.

Almost immediately, Atherton was rewarded with a strong strike, the fish rapidly stripping line from the reel. A see-saw battle ensued, with both sides playing a game of give and take for over an hour. Finally, Atherton gained ground until his catch emerged from the depths. Only it wasn’t the shark the Englishman had hoped for, but a distant cousin—a sawfish.

Related more to stingrays than to sharks despite shark-like appearances, sawfish sport their namesake ‘saw,’ technically known as a rostrum, above their mouth. Studded with rows of sharp spikes, the saw, which can be four to five feet long, is used to stun prey, usually small fish. Sawfish also eat shrimp, crabs, and other crustaceans. Interestingly, the saw is equipped with small pores known as ampullae of Lorenzini that detect electrical impulses in the water, and help the sawfish find prey, both at long distances and underneath sand and sediment.

After videoing his unusual catch, Atherton and Captain Cangianella released the sawfish unharmed before setting course for their next angling adventure, this one culminating in the Englishman hooking and landing several beautiful king mackerel. Sadly, his bucket list would have to go unfilled in terms of a shark; however, given the rarity of his catch, Atherton will certainly return to England with a story to tell.

Atherton’s sawfish isn’t the only one to be caught by an angler shipping out with Fin & Fly Charters. A client fishing with Captain Parker Miley hooked a sawfish in August 2021, while in a separate incident, an angler fishing in the Indian River Lagoon (Brevard County) had a similar encounter.

It’s encouraging, reports Florida Today, to hear of sawfish returning to coastal waters. Once abundant, sawfish numbers have declined considerably in past decades due to overharvest, so much so the species was listed as endangered in 2003.