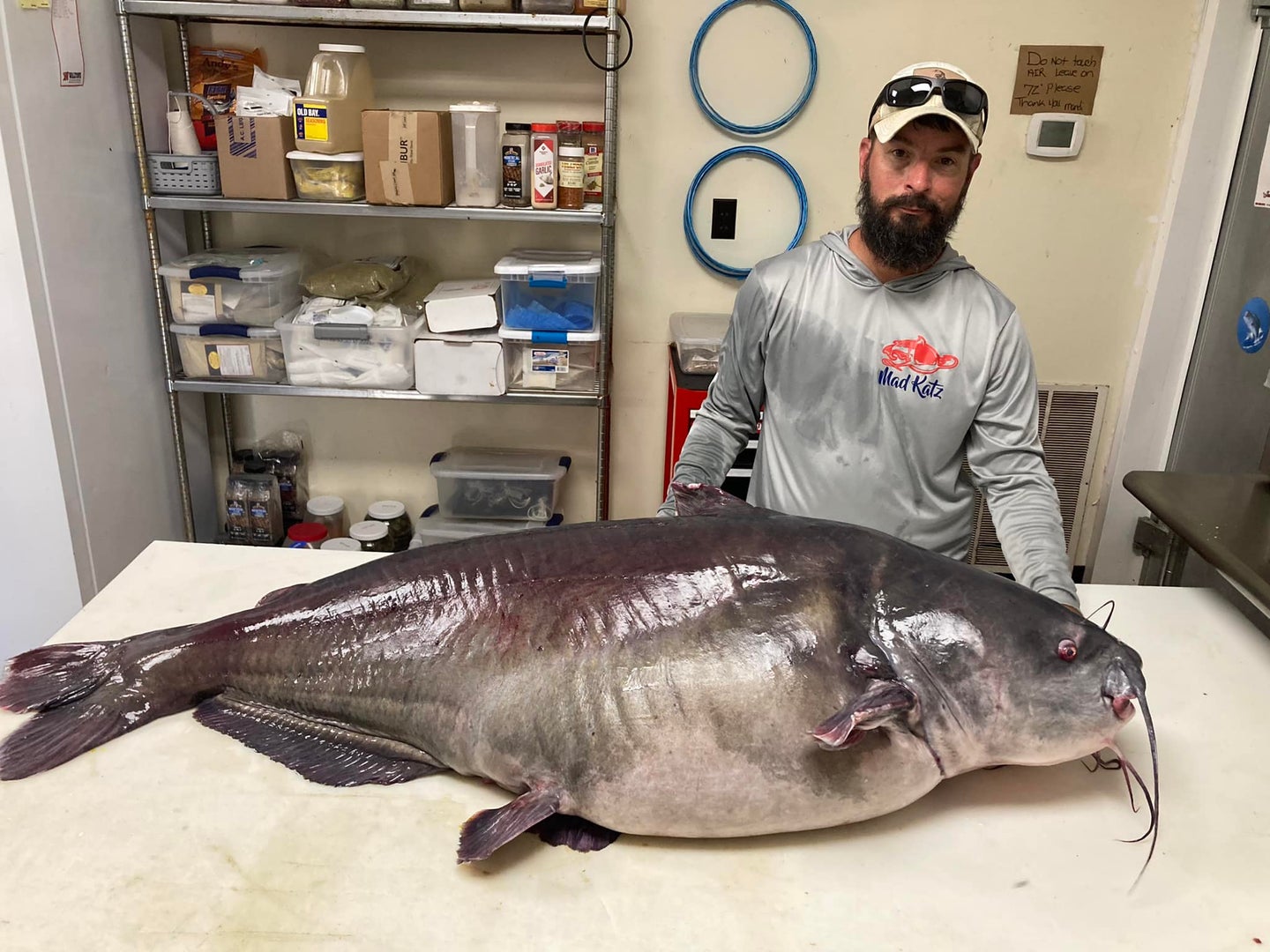 Tennessee will have a new state fishing record after an absolute giant of a catfish was hauled from the Cumberland River over the weekend. The 118-pound, 7-ounce blue catfish was caught by Mika Burkhart in Stewart County, and though it hasn’t been officially logged into the state record books, it outweighs the current top fish by more than six pounds.

According to the Tennessee Wildlife Resources Agency (TWRA), Burkhart caught the massive blue cat at 12:30 p.m. on Saturday, September 24. The giant measured 54 inches in length and sported an immense girth of 41 inches. After having the trophy catch weighed and measured, Burkhart successfully released the blue cat back into the Cumberland River, the TWRA said in a Sunday morning Facebook post.

The record that Burkhart’s fish will beat, once verified and certified by state officials, was set 24 years ago. That fish was caught in 1998 by Robert E. Lewis and weighed 112 pounds. Like Burkhart’s pending record, it was taken from the Cumberland River—a popular fishing destination that turns out giant catfish year after year.

Read Next: 10 of the Biggest World Record Catfish of All Time

The blue cat’s native range extends through the Mississippi, Missouri, Ohio, and Rio Grande River basins. According to the National Oceanic and Atmospheric Administration (NOAA), they are considered highly productive spawners, capable of producing 4,000 to 8,000 eggs per kilogram of bodyweight. The large bottom-dwellers prefer big rivers with deep channels, swift currents, and sandy bottoms. In the Chesapeake Bay, blue cats are a problematic invasive species, out-competing and preying heavily on native fish. The all-tackle world record blue cat weighed 143 pounds and was caught in 2011 in Buggs Island, Virginia.