The 17-inch panfish weighed 6.3 pounds and measured 20 inches in girth 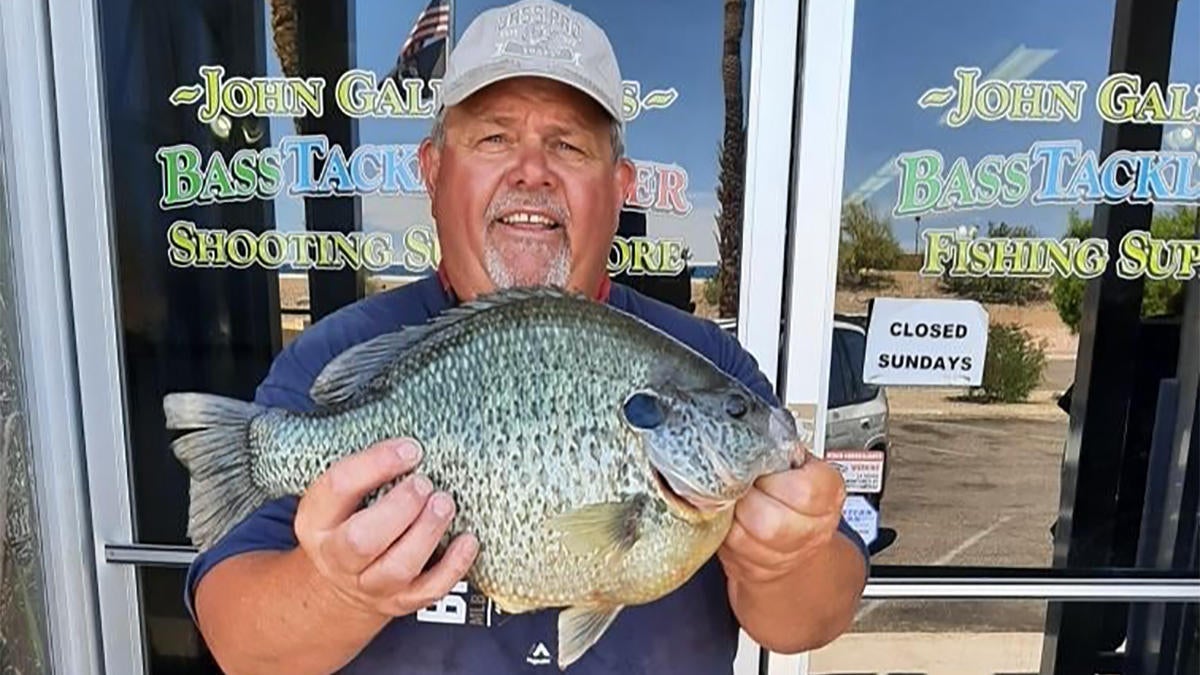 Thomas Farchione of Waterford, Wisconsin, caught a world record redear sunfish on Tuesday, May 4, from Arizona’s Lake Havasu. Farchione and a group of buddies were fishing an area of the lake called California Bay, when Farchione felt a tug on the line that rivaled that of a good-size bass. His pending world-record sunfish weighed in at 6.3 pounds and was 17 inches long with a girth of 20 inches.

Lake Havasu is a 19,300-acre reservoir in western Arizona that was created in the 1930s by damning the Colorado River. The lake is now well-known for its bass fishing and has also developed a reputation in recent years for big redears.

Farchione’s fish smashed the previous world record, which weighed 5.78 pounds. That fish was also caught at Lake Havasu back in 2014. Redear sunfish, which are also known as Georgia bream and sun perch, are native to the Southeast U.S. and closely resemble bluegills. According to fossil records, the species dates back to at least 16.3 million years ago. In most bodies of water, a 2-pounder is considered to be a big redear.

Farchione caught his 6-pounder using a drop-shotted nightcrawler in about 25 feet of water. Redears commonly grow to impressive sizes at Lake Havasu, likely by feeding on the reservoir’s invasive quagga mussels. Redears have teeth in their throats that allow them to break the shells of snails and mussels.

Lake Havasu’s average redear before the presence of quagga muscles was just over 2 pounds, but they’ve gotten bigger and bigger ever since.

“They don’t call them ‘shellcracker’ for nothing,” angler Mike Taylor of Pheonix told Parker Pioneer Sports back in 2019. “No quagga, then lots of quagga. Regular redears, then big redears after quagga show up … coincidence? Maybe, but I’d say increased food source equals bigger fish.”

Local anglers suspect that there may be a 7 pounder swimming in Havasu at this very moment. But until someone catches it, Farchione holds the new world record—and it’s the panfish of a lifetime.