West Virginia isn't exactly a muskie hotspot, but this angler managed to land a giant 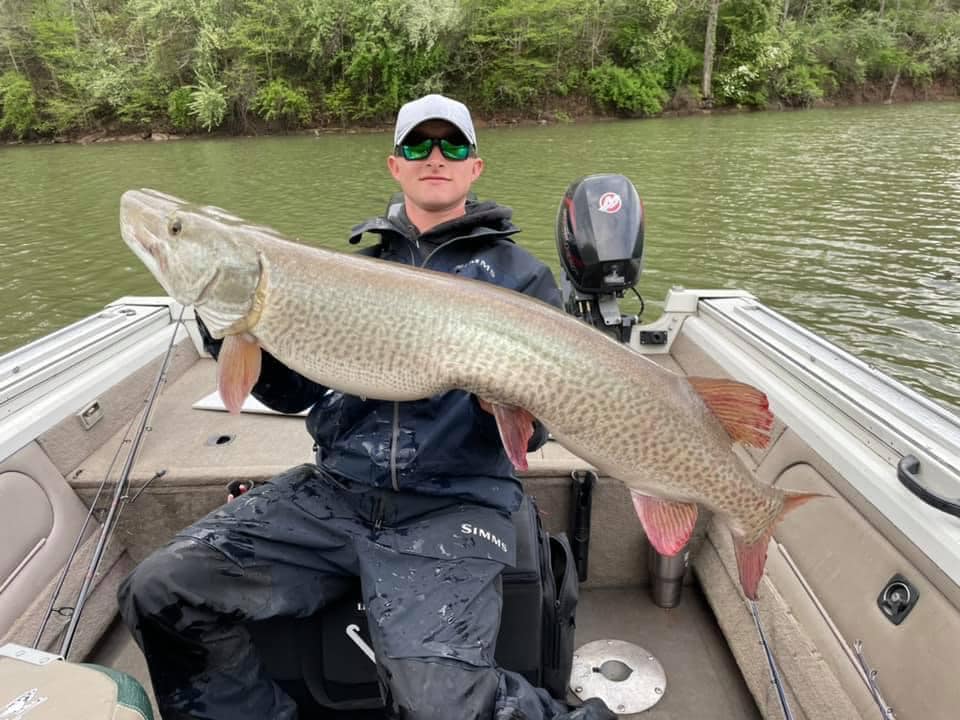 Gibson targets muskie with his guiding company and writes for Musky Hunter Magazine. He hooked into the record muskie while fishing a timbered cove while a group of crappie were suspended above the structure. The lure he used was a Musky Innovations Dyin’ Dog—a 13-inch jerkbait meant to resemble a dying fish. The lure is made with a hard-plastic head and a replaceable soft-plastic tail.

“She was barely hooked with one treble in the corner of her mouth,” Gibson said in an interview with WFXR Fox. Instead of getting the fish mounted, Gibson decided to release it.

WVDNR Biologist Aaron Yeager helped measure and tag the fish before it was returned to the water. “Think how cool it would be if another angler hooks that fish in the fall and sets a new state record,” he says. For Yeager, the record-breaking catch was the result of years of hard work. WVDNR has been working to improve the fish-holding structures in Burnsville Lake.

West Virginia is not known for its muskie fishing. The most well-known fisheries for landing trophy-size muskie are typically in the Great Lakes Region of the U.S., especially Minnesota and Wisconsin, and in Southern Canada. The long-standing world-record muskie is a 67-pound 8-oz fish that measured over 60-inches long. Cal Johnson caught the freakishly large fish out of Wisconsin’s Lake Court Oreilles in 1949.

While Gibson’s muskie doesn’t come close to rivaling Johnson’s record—which might never be bested—it’s an impressive specimen and a great sign for West Virginia’s developing muskie fishing. The nearly 40-pounder is likely feasting on ducklings in Burnsville Lake at this very moment.