Video: Dad Gets Pinky Bitten Off By Shark, Takes it Like a Champ 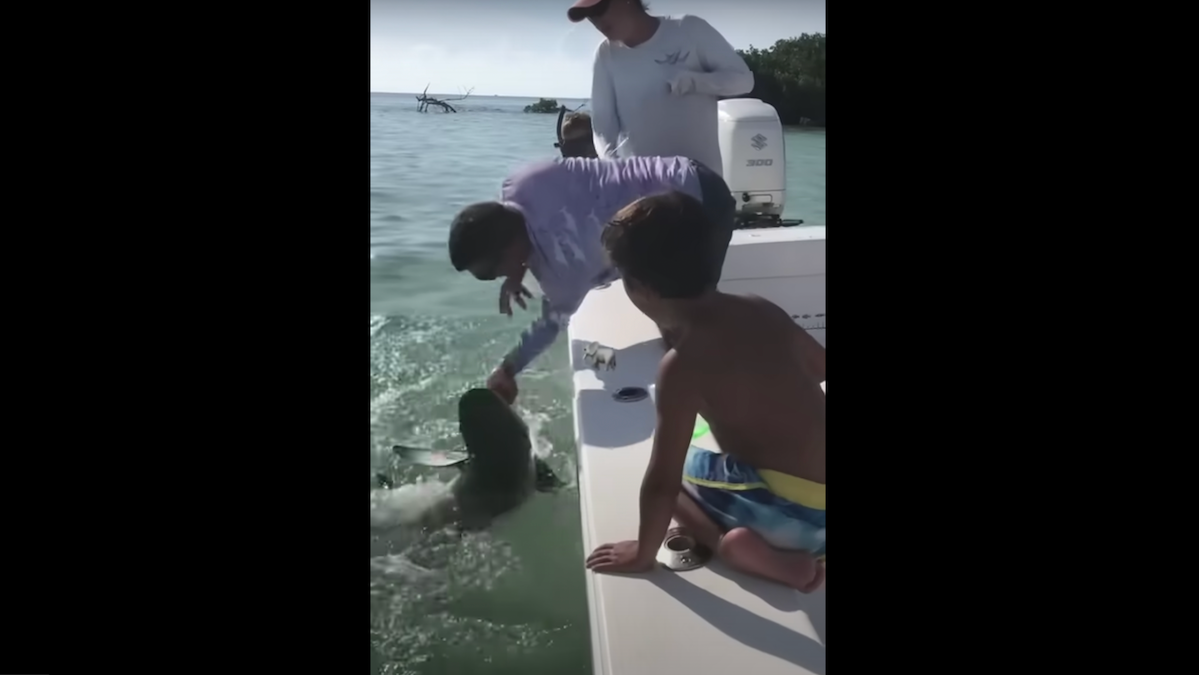 A Florida man had to be airlifted to a Miami-Dade hospital after losing a finger to a 6-foot lemon shark. Brett Reeder was on a family fishing expedition near Content Keys with a crew including his wife, kids, and his cousin Courtney when they gill-hooked the shark.

It was a good day of fishing and Reeder wanted to get the hook back quickly. With his young son seated on the gunwale, watching and dangling his toes in the water, Reeder grabbed the shark. The shark bit down on his hand, twisted, and swam off with his little finger.

Editor’s note: The following video contains strong language, and a man getting his pinky bitten off by a shark. Viewer discretion is advised.

Reeder’s Tik-Tok-viral reaction contains some strong language, sure, but not nearly as much as you’d expect from someone who has just lost a finger. Mostly, he just seems annoyed. Courtney, a nurse, put a tourniquet on Reeder’s arm and he was able to drive the boat back to the marina himself.

Paramedics and a helicopter were waiting, and he was airlifted to a Miami-area hospital. In a video shot after he was treated, Reeder shows his bandaged left hand. The family is admirably casual, even cheerful about the incident.

If you have anymore questions please comment them below and we will try to get to everyone! @breeder1459 #sharkweek #sharkbite #jaws #summer2022

Mandy says, “It was a provoked bite” to which Reeder adds, “It was my fault. I put myself in that position.” You get the impression they’ll be out shark fishing again next weekend. The Reeder family promises to follow up on Tik-Tok with a left-hand reveal.