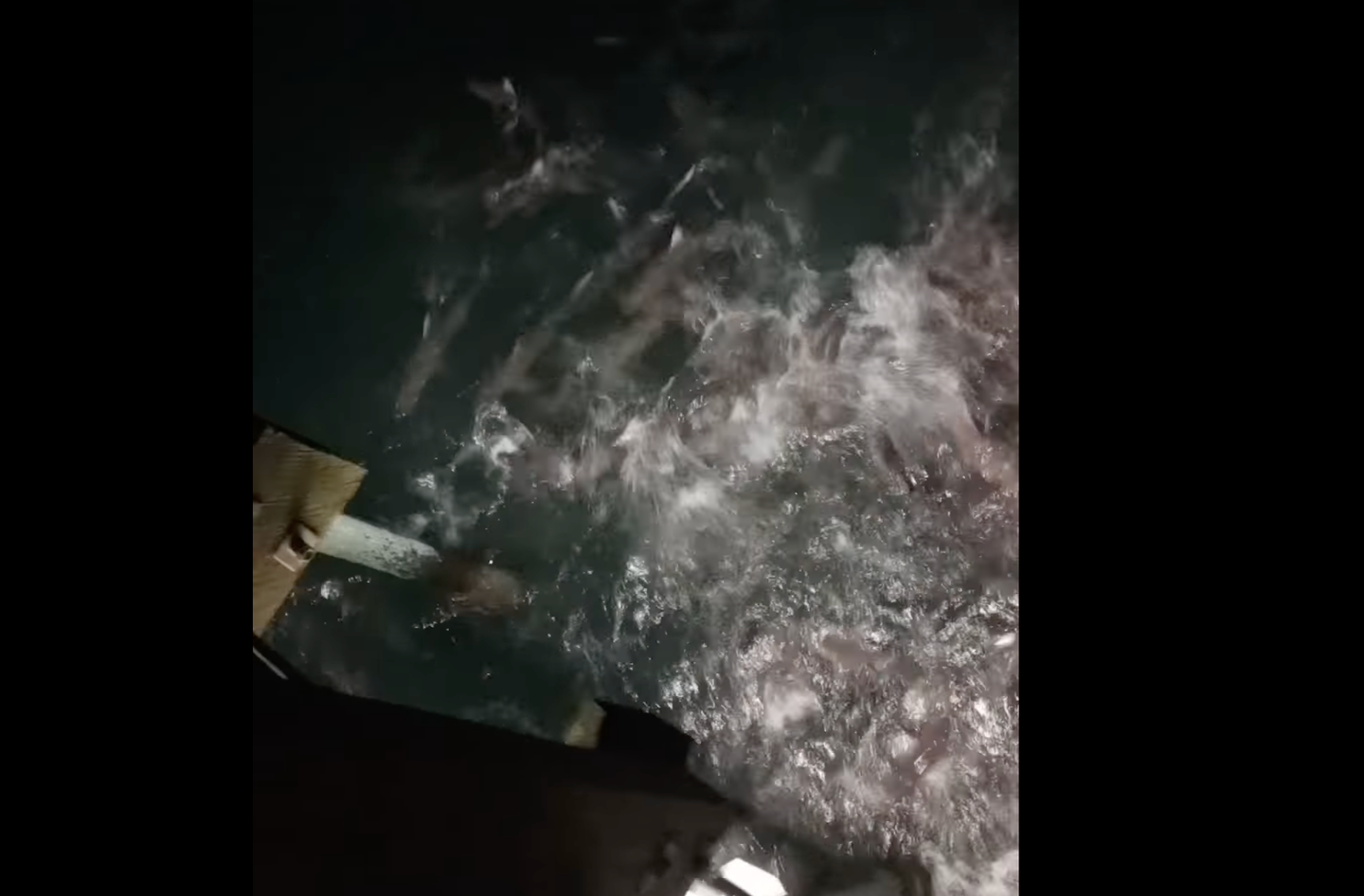 These sharks made the most out of a school of baitfish. Surf City Ocean Pier Inc. via Facebook
SHARE

The term “feeding frenzy” is generally pretty overused, but it might not actually be strong enough to describe what went down on a recent night at the Surf City Ocean Pier in North Carolina. A group of what’s surely dozens and dozens of sharks went absolutely bonkers on a school of baitfish, which were most likely mullet. A video posted on the Surf City Ocean Pier Inc. Facebook page shows the sharks going to town on the fish. I wouldn’t be surprised if they ate every last mullet in the area. The wild scene took place on the evening of October 18.

The Surf City Ocean Pier is located between North Topsail Beach and Topsail Beach. The same video was also posted to YouTube by user “crossthread42,” which identifies the baitfish as striped mullet in the description, though it’s impossible to definitively say what species the baitfish were, nor what species of shark partook in the feeding frenzy. That said, large schools of mullet and menhaden migrate south each fall, providing plenty of opportunities for predators to grab a meal or two along the way—as this group of sharks did. The baitfish often congregate by structures such as piers for protection, but this strategy can backfire when enough predators congregate to effectively trap the baitfish from escaping.

The incident is the second time in October that Field & Stream has reported on a shark-related story in North Carolina. Earlier in the month, a strange interaction took place involving a shark and an alligator near a dock in Hilton Head Island. The shark bit the alligator’s leg, likely because an onlooker was throwing fish in the water. Regardless, one thing’s clear: There seem to be a notable number of sharks just off the shore of North Carolina right now.