The research, conducted in Idaho's Snake River basin, shows that wild steelhead are caught less often and survive catch and release more readily. It's good news for fish and fishermen. 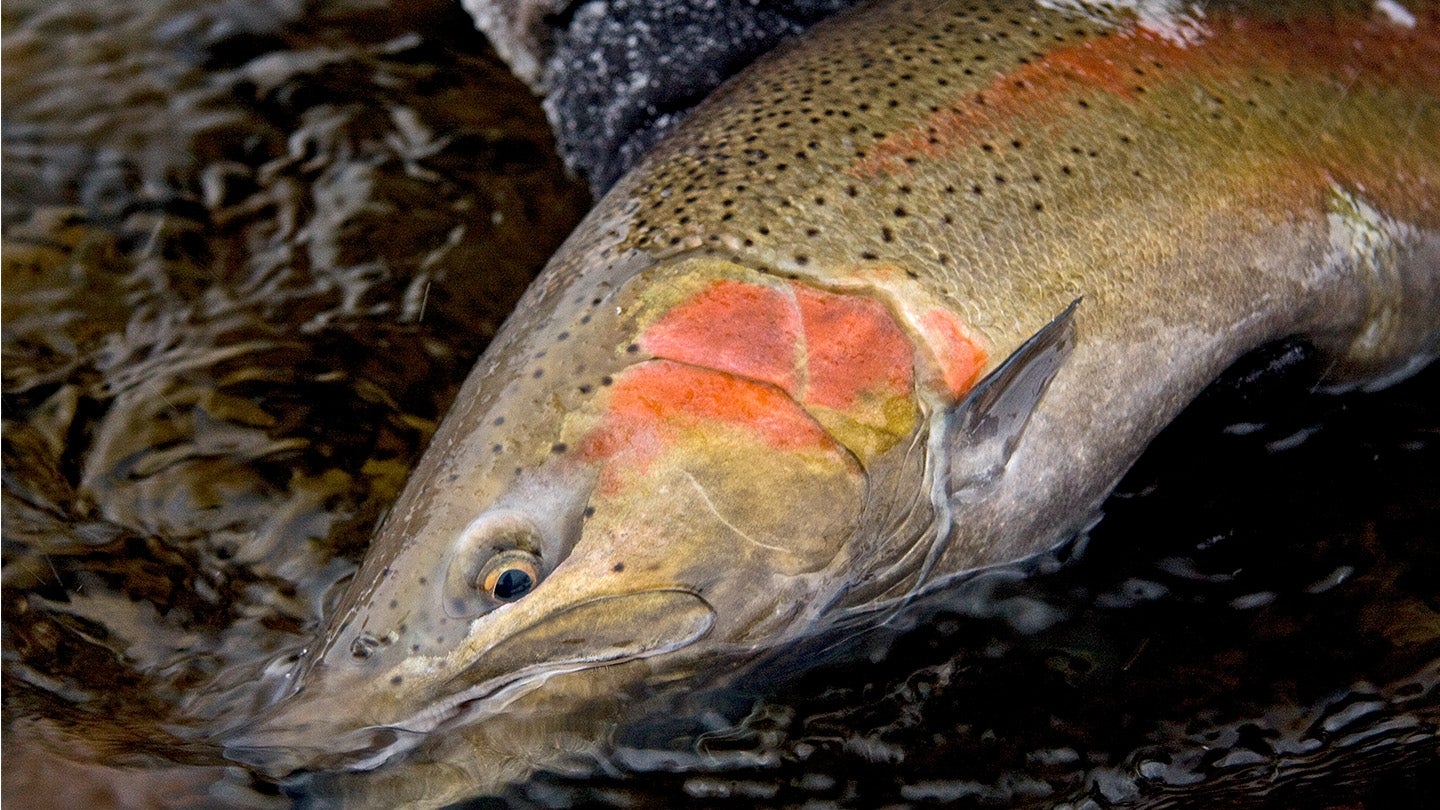 Wild steelhead are heartier than we thought, and they’re caught less often, too, according to a study by University of Idaho graduate student, Will Lubenau. Lubenau wanted to research catch-and-release mortality rates of wild steelhead in the Snake River basin. So, in cooperation with Idaho’s Department of Fish and Game and the U.S. Geological Study, and under the guidance of University of Idaho professor Michael Quist, he designed a two-year study—and went fishing.

Lubenau and Quist placed orange t-bar tags on both wild and stocked steelhead that they intercepted at the Lower Granite Dam on the Snake. Then they tagged more fish that they caught further upstream on the Clearwater River, east of Lewiston, Idaho. They also inserted a tiny radio tag called a PIT (passive integrated transponder) into each of the fish.

The combination of tags would allow the researchers to track and study steelhead as they returned to upstream spawning grounds and then made their way down the world-renowned 600-mile fishery back to the Pacific Ocean. But the biologists needed help from a larger team of volunteers to cover the entire river basin. So, they offered cash incentives of up to $200 to anglers who returned designated reward tags.

Wild steelhead in the Snake River Basin are listed as threatened under the Endangered Species Act, so they are catch-and-release only. Fishing for them adds $8 million to local Idaho economies seasonally, but scientists have seen dramatic fluctuations in the annual numbers of fish that return to spawn. So, the study has very practical implications.

State agencies in the Northwest have long held that anglers catch wild and hatchery fish at an equal rate, and that 5 percent of caught wild steelhead die after being released. But Lubenau found that both of those estimates were off. As anglers reported the tagged fish they caught, and as PIT tag readers at the mouths of spawning tributaries, hatchery facilities, and downstream dams detected passing fish, the picture became clearer. Over the two year study, 35 percent of the tagged wild steelhead were caught, compared to 53 percent of hatchery fish, and the catch-and-release mortality rate for the wild steelhead was only 3.8 percent.

“This shows the impact on wild fish is less than what we estimated,” Lubenau told KTVB7 News in Boise. “And it was a consistent pattern across the whole fishery.”

Quist emphasized that the catch-and-release mortality rate for steelhead was far lower than for other species. But the study offers fish and game managers critical information that will help them to ensure healthy steelhead fisheries in years to come. “It’s good news for anglers, and it’s good news for wild steelhead,” Lubenau said to KTVB7.