The Expert’s Guide to Teaching a Kid to Love Fishing

Johnny Wilkins teaches kids to fish for a living. Here are six of his secrets to success 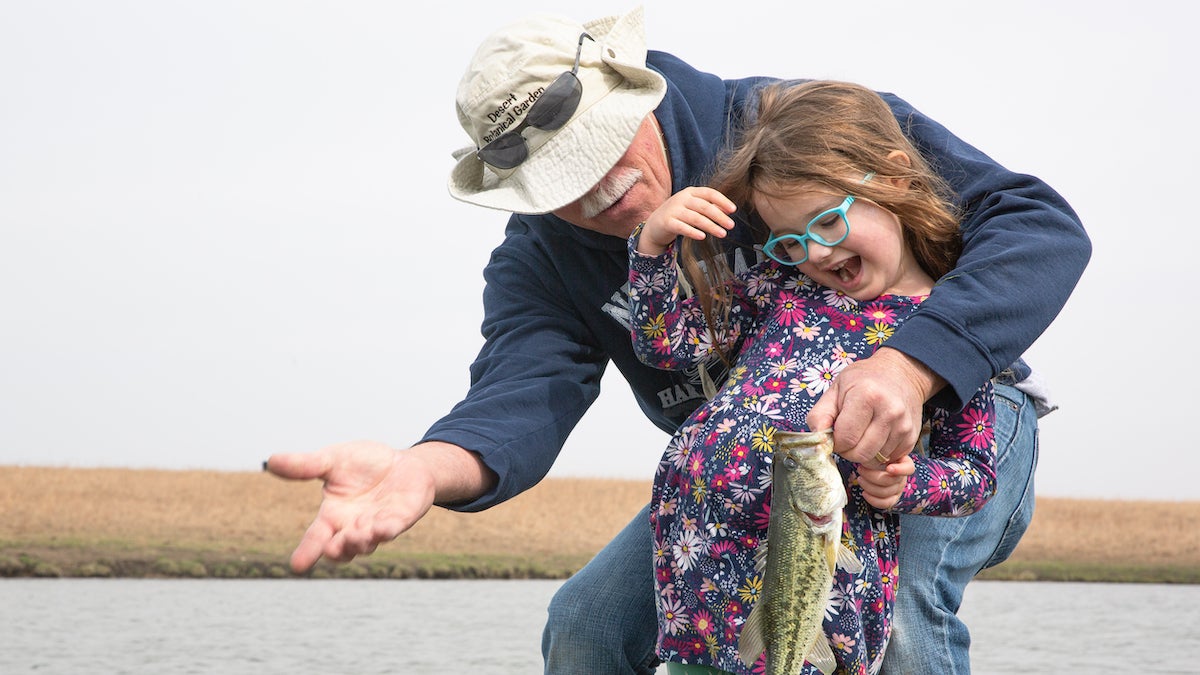 If you want to teach a kid to fish, you have to keep things exciting. Jack Hennessy
SHARE

Teaching kids to fish isn’t easy. Between video games and social media, it’s difficult to get a kid’s attention these days. So how exactly do you get to a point where your kids are eager to wake up early, bait hooks, and spend the morning caked in sunscreen watching a bobber? You need to make it exciting.

Fishing guide Johnny Wilkins of Chicago Fishing School knows exactly how to do that. He’s a former competitive angler who fished in three World Championships for Team U.S.A. He currently holds the shore-fishing world record for most fish caught in a 24-hour period with 2,011 fish on one hook. For Wilkins, teaching kids to love to fish is over 50 percent of his business. Here’s how he does it.

Wilkins’ number-one piece of advice is simple: Keep the action hot and always get excited when a kid reels something in—regardless of species.

“They’re excited about anything so don’t wreck their excitement,” says Wilkins. “They don’t know a drum or a sheepshead isn’t the coolest. Don’t say, ‘it’s garbage.’ I get excited over gold shiners, baby crappie, it doesn’t matter. Size and species shouldn’t come into play. Just be excited.”

Wilkins also keeps his fishing setups super simple for kids. No reel. Just a pole, line, a pole float, and a small steel (not wire frame) barbless hook with bait. “A smaller hook is your friend,” he says. Smaller gape hooks are safer for kids, but they can potentially catch more fish, especially on a slow day, according to Wilkins. “A bass will eat flies throughout the entire day. They sip their food, and if you’re using a large hook, that interferes with their eating mechanics. A small hook gives you more time to set the hook.”

Lastly, make sure the rules are easy to follow. “I tell my kids to keep the pole tip low to the water, know where your hook is at all times, and don’t whip line when trying to set the hook or pull out the fish,” he says.

Wilkins suggests fishing a spot before bringing a kid there to see if it’s a sure thing. Also, especially for younger kids, make sure there is a playground or something else to do nearby. “Some of the younger kids I teach don’t have the attention span to fish all day,” says Wilkins. If the youngster you know is like this, keep sessions short.

Memorable fishing doesn’t have to happen on a big lake or at a destination fishing resort, either. Success can be found close to home—whether on a farm pond or even a reservoir in front of a shopping center. “Don’t underestimate your [local] water,” says Wilkins. “There are fish there.”

3) Set Your Bait and Tackle up to Catch Multiple Species

The more fish a kid’s pole can catch, the higher the odds are for success. To make this happen, it’s important to scale down your bait and the tackle. Smaller hooks, smaller bait, and thinner line will catch more and potentially bigger fish. “Your setup should be so fine you can catch a shiner minnow,” says Wilkins. “Once you can do that, you’ve opened yourself up to 80 percent of the biomass in the water.”

Use fine steel hooks or fly-fishing hooks, size 14 or 16 hooks, and 4-pound-test or 6-pound-test with a 4-pound leader. Thinner line is harder for fish to see and creates less drag in the water. Also, on days when fish are less aggressive, and less likely to strike a lure, they’ll still feed on smaller bait throughout the day.

Fish respond to good bait, so you want to go out of your way for quality. “I use small grubs: bluebottle fly larva,” says Wilkins. “I get my bait shipped in from overseas. The ones here aren’t as big, but red worms are the next-best readily-available option.”

When it comes to fishing derbys, Wilkins suggests going for the spectacle, but not to expect a ton of success. “Fish aren’t smart, but they aren’t stupid either,” he says.  “During a fishing derby, there’s an onslaught of people on the bank. Fish won’t behave the way they normally do.”

His advice instead: Consider going a day or two after a fishing derby. If local game wardens or the park stocked the lake, there will still be leftover fish to catch. A day or two will allow the fish to settle down, back to normal.

In regard to pay ponds, Wilkins feels they are a great place to practice and instill a sense of enthusiasm for the sport. “It’s like batting cages for little-league,” he says. “Why not go to a nicely-maintained pond where there are ample fish to practice on?”

5) Know Your Water Quality Before Keeping Your Catch

You need to understand the water quality of where you fish before taking a fish home to eat. This is especially true in urban areas or even in farm ponds where there could be runoff from agriculture.

Your state’s guidebook is a good resource. There, you can find local fishing regulations and check advisories on eating fish.

Read Next: 6 Ways To Get Kids to Love Fishing For Food (Plus, One Killer Fried Fish Recipe)

If you’re catching fish for eating and want to return year after year, let a few big ones go. “Take a couple of sizes down,” Wilkins says. “And be really careful with the harvest. For example, take home male crappie but release the females, especially around spawning time. If you like a lake, you’ll want to return to it. It’s up to each person to protect their own waters.”