Justin Broomhall, who accidentally hooked the turtle on Father's Day, guessed that it went over 200 pounds and was between 100 and 150 years old 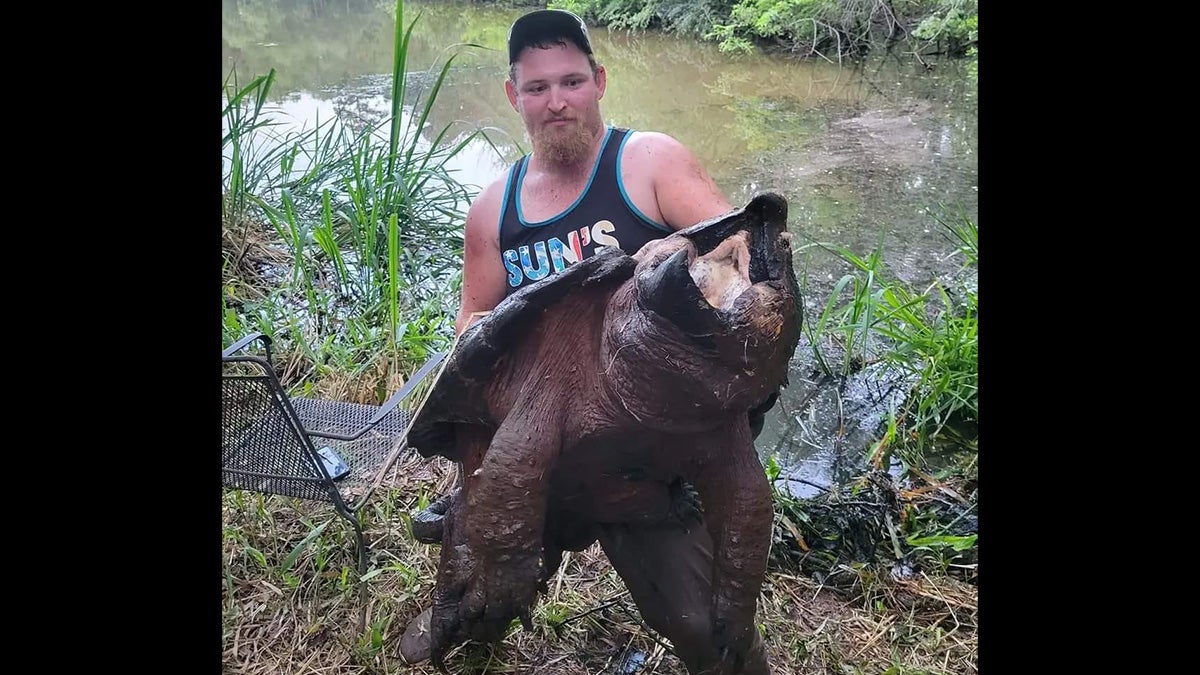 Justin Broomhall made quite the catch on Father’s Day. Broomhall was fishing at Lake Cherokee in East Texas when he hooked into something big. He was using dough bait in hopes of catching a catfish, but it wasn’t a fish that took his bait. Instead, he reeled in an absolutely giant alligator snapping turtle. Once he wrangled the creature to the bank, he picked it up for a photograph.

Wanted to share what my Dad and his buddy caught at Lake Cherokee in TEXAS yesterday! I wanted to add this so folks can…

“I do a lot of lifting. I was a bodybuilder in high school and 200 pounds to me is pretty easy to pick up. [But] I was struggling with it,” Broomhall told MySA. “My three-year-old son started panicking. He thought it was a dinosaur and kept saying, ‘Let it go! Let it go! Put it back!”

Broomhall estimated that the giant turtle was between 100 and 150 years old. In Texas, alligator snapping turtles are considered a threatened species. It is illegal to take or possess one. The alligator snapping turtle is the largest freshwater turtle species, according to the National Wildlife Federation. They live in the waters of the southeast U.S., from northern Florida to eastern Texas. Their numbers have been on the decline in recent years due to overharvesting for meat and loss of habitat.

With the turtle in hand, Broomhall realized that the fishing hook was still embedded in its beak. Broomhall slid into the water with the beast, grabbed it by the tail, and pulled it partway onto land. Then, with the help of his father, he slipped a rope around its head, flipped it on its back, and removed the hook. Then he safely released the giant reptile. “On Tik Tok and Facebook, everybody was saying [the photo of the turtle] was photoshopped,” Broomhall told CBS19. “I’m telling you the God honest truth it was the biggest turtle I’d ever seen.”