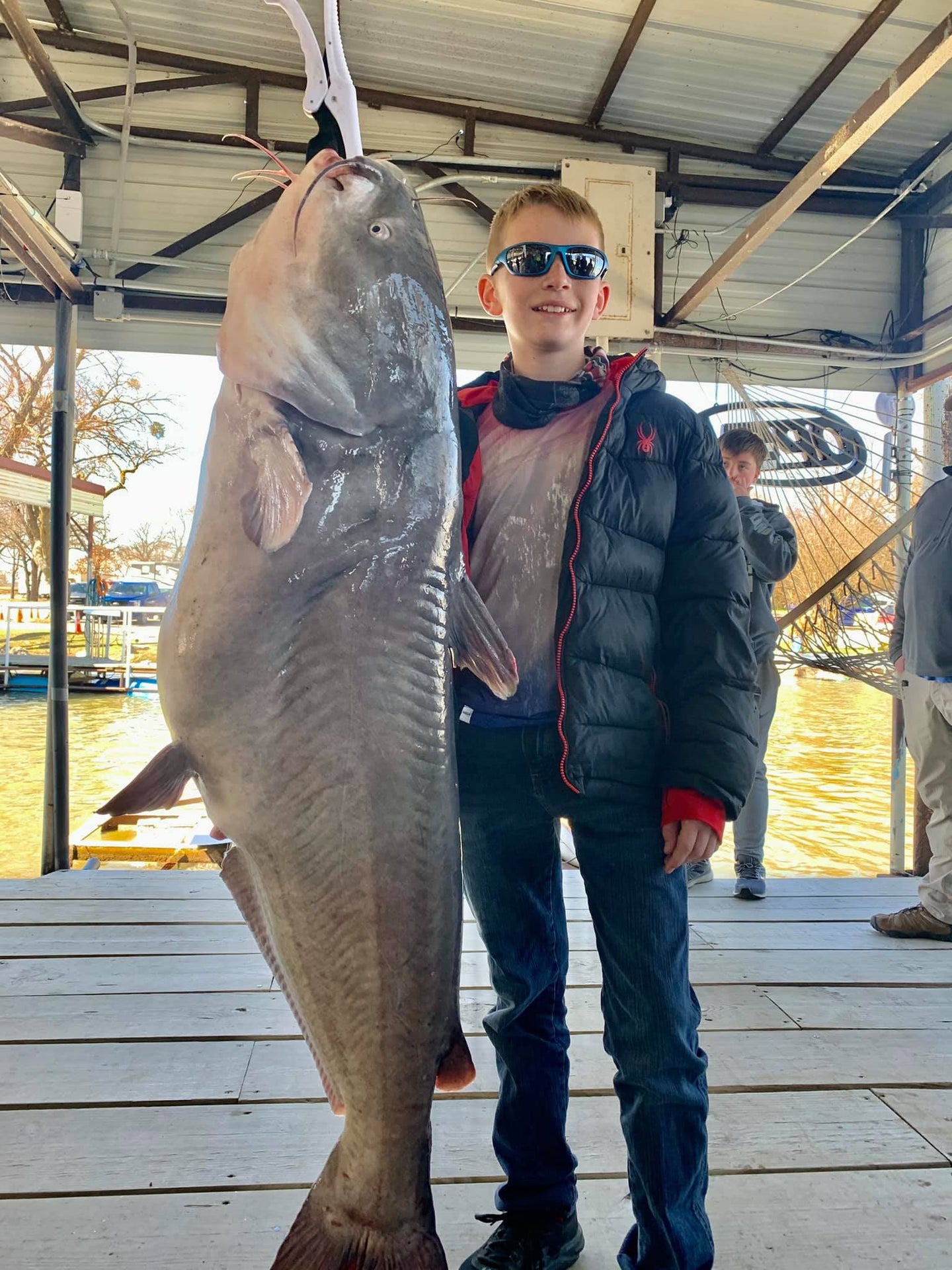 Cade's big cat is almost as big as he is!.
SHARE

A seventh-grade boy landed a 72.4-pound blue catfish that is expected to be the State of Texas’ Junior Anglers Division record. On March 6, Cade Childress, 12, was fishing on Lake Tawakoni with his father, Shiloh Childress, and James Evans of Whisk’R Fish’N Trophy Guide Service. The guided trip was Cade’s Christmas present, and he was looking forward to the day. It hardly went according to plan.

Evans told USA Today that on the trip before the Childress’, he guided two female clients who had tremendous action. The ladies caught 314 pounds of catfish spread out across 10 fish—with one weighing 49 pounds. All of the fish were hooked in shallow water, about 5 feet deep. Cade and his dad climbed on board, and wound up having a totally different experience.

The fishing was off. “My shallow bite pretty much died,” Evans told the Dallas Morning News. “We spent most of the morning fishing alleys around stumps and timber, but it just wasn’t happening. I’m not sure what happened, but we never caught a fish.”

Around midday, Evans headed for deeper water. He was drifting a chunk of gizzard shad along the bottom of a 22-foot deep creek channel, and after an hour, one rod bent in half. Cade grabbed it from the holder, set the hook, and the fight was on.

“Cade only weighs 85 pounds, so it was pretty much a true tug-of-war between him and the fish,” Shiloh Childress told the Dallas Morning News. “He pressed his feet against the back seat to get leverage and keep from getting pulled overboard. The fish was just about as big as he is.”

After landing the fish, Evans headed to the Duck Cove Marina to weigh the cat and take a few photos, then the fish was released. The current junior record was caught by Brayden Rogers at Lake Tawkoni on March 16, 2019. That fish weighed 67-pounds.