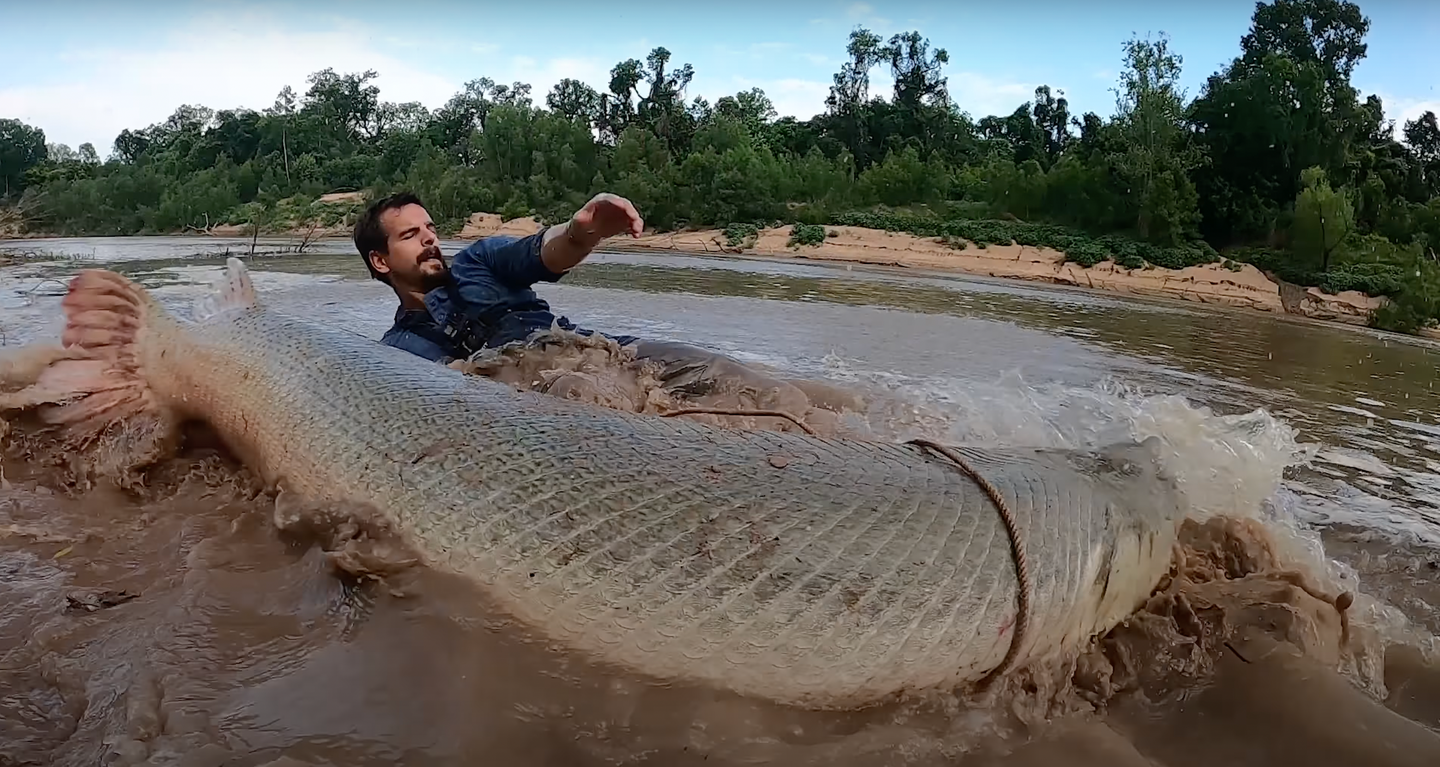 Catch, lasso, and release. That’s what angler Payton Moore did with a massive 8-foot alligator gar recently. “It felt like somebody’s car had just started up and was rolling out of the driveway, and I’m hanging on to the end of it,” Payton Moore told the Houston Chronicle in reference to the fight. He was using a Piscifun Salis X Reel to put the brakes on the brute. “[Alligator gar] are big. They’re strong. They’re heavy. And they give you everything they got right away.”

The hook-up happened in an undisclosed Texas backwater bayou near Houston. Moore won’t say exactly where, but he does feature the entire sequence of events in a video posted on his YouTube account.

“Good God!” he proclaims in the video, as a train rumbles by in the background and the giant gar flops to the shore. “That is an absolute dinosaur. That is absolutely massive.”

Moore lassoed the beast in order to get accurate measurements and snap a couple of pictures of the fish. The gar’s girth came in at 48 inches, and it was 8 feet, 2 inches long. Based on those numbers, Moore estimated the gar weighed about 300 pounds. Like sturgeon, gar can live for decades. The Texas gar state record is a 302-pound fish that was caught in 1953. Moore’s gar may have topped that record, but he chose to release the brute instead of trying to weigh it on a certified scale.

“If you take anything away from this video, it should be the very good news that fish of this size are still here and that they are worthy of our protection,” Moore writes in a comment on his video. “Alligator gar are incredible animals and are very important to the ecosystems they inhabit.”

According to the U.S. Fish and Wildlife Service, there are seven types of gar in the world, but fossil records show there used to be even more. Alligator gar are the largest species of gar. According to researchers, the prehistoric relatives of alligator gar are thought to have been around 157 million years ago. Alligator gar scales are extremely tough, like the enamel on your teeth. According to National Geographic, the species is capable of “breathing” air, which helps them survive in waterways with low oxygen levels. Moore’s giant fish is estimated to be 50 to 100 years old.