In this vintage humor column, the author tasks himself with defining the fishing jargon that anglers still use today 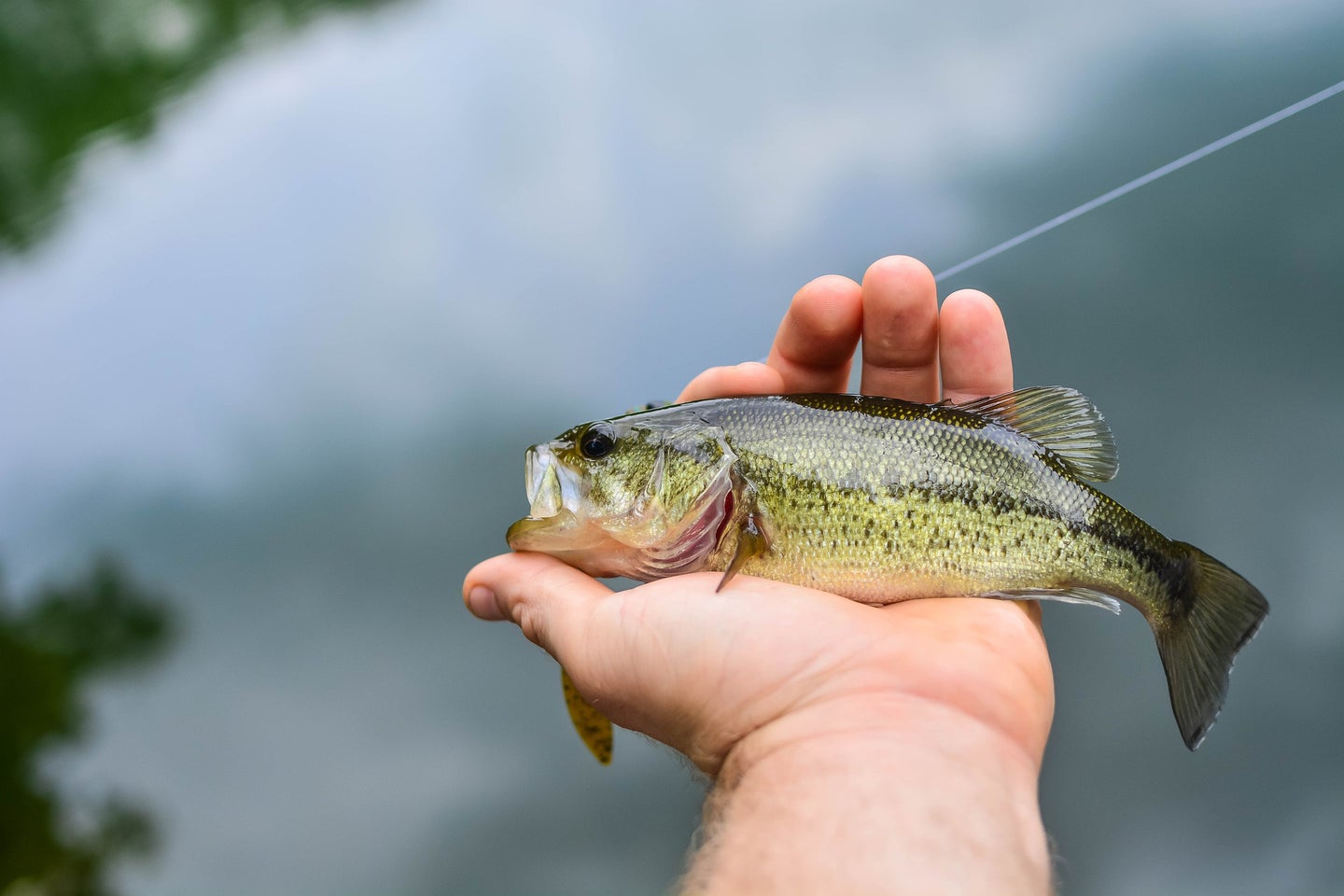 According to the author's dictionary, a bass is "a fish that serves as the standard measure of an angler's intelligence, as in the expression, 'George doesn't know his bass from his elbow.'". Michal Dziekonski / Pixabay
SHARE

Reader response to my Hunter’s Dictionary, was overwhelming. Several hundred subscribers converged upon our editorial offices to offer their congratulations in person. Unfortunately, as the jovial crowd was employing a startled passerby as a battering ram on the front door, I happened to be departing by a rear exit, a small window in the men’s room to be exact, from whence I descended to the alley below by means of a handy drain spout. It would have been nice to bask in the glow of reader admiration, but since the whole building had suddenly and strangely become permeated by the noxious odor of hot tar and moldy chicken feathers, I feared for my sinuses and thought it best to remove them from the building as expeditiously as possible.

Encouraged by the enthusiastic reception accorded my first compilation, I set to work immediately on The Angler’s Dictionary. Readers wishing to heap accolades on me in person should feel free to drop by my office, which I have relocated in a log cabin in one of the remoter areas of the Yukon. It may be reached by following the old she-wolf’s tracks northeast across the pine barrens and turning left at the second caribou. Please call first. Contrary to popular opinion, compiling dictionaries for outdoorspersons demands a certain amount of privacy and seclusion.

It has always seemed to me an affectation of the overly educated to arrange dictionary entries in alphabetical order. A reader who is too darned lazy to read a literary work through from beginning to end should not be encouraged in his slothfulness by pampering from compilers of dictionaries. Compiling is difficult enough as it is: First you pile a little here and then pile a little there and finally you combine the piles, which is what is meant by compiling. For these reasons, I have arranged the entries in The Angler’s Dictionary in random order or, as it is some times called the “hit-and-miss method.”

Here, then, is The Angler’s Dictionary.

A lively dance performed by an angler upon the occasion of slipping the point of a No. 4 hook under a fingernail. The standard procedure is for the angler’s friends to stand around him and clap rhythmically in unison as the Wicker Creel is being performed. The dancer is often encouraged by the shout of “Go, man, go!”

The repository of all items that are supposed to be brought along on fishing trips but aren’t: “How should I know where your reel is, Ed? The last place I saw it was on your kitchen table while we were loading the car.” A common belief among experienced anglers is that a powerful magnetic field surrounds kitchen tables and attracts various items essential to the success of the fishing trip.

A variation of the kitchen table, except any item deposited there vanishes permanently. Car roofs are not unlike the black holes of outer space: nothing is ever recovered from them. Two anglers will be cruising home at 55 miles an hour, and one will ask the other if he deposited the fish in the trunk. The other angler will reply, “Gosh, I think so. Let’s see, while I was tying my shoe, I set them on the roof of the car for a second and then…”

A variety of walk employed by anglers after a night at the tavern regaling the guys with humorous fishing yarns in exchange for Boilermakers.

What an angler wears for three months after someone tells him, “Take a running jump, Fred, and you can make it to that rock on the far side with room to spare.”

An angler who steps off the dock with a 25-horsepower outboard motor in his arms.

Refers to the angler with an outboard motor in his arms, one foot on the dock and the other foot in a drifting boat. The angler first splits, then sinks like a shot.

A fish that serves as the standard measure of an angler’s intelligence, as in the expression, “George doesn’t know his bass from his elbow.”

The take-charge guy who insists upon directing the activities of any fishing trip and who may complain about wrenching his bass while casting an elbow plug.

An angler who doesn’t catch any fish.

What the purist explains he enjoys getting out in even more than catching fish.

A notebook in which an angler carefully records technical data about fish he has caught, almost caught, and wishes he had caught.

Tool used in the field to make delicate repairs and modifications on expensive fishing tackle because tool kit was left on kitchen table.

What the desperate dry-fly purist calls the nightcrawler he secretively used on a 3-pound cutthroat.

Vehicle in which eight-year-old anglers leave cans of worms and strings of sunfish on hot summer days.

What the owner of the new car claims he will whale out of the eight-year-old when he lays hands on him.

A dry fly; also refers to ice fishermen in the standing position.

Ice fisherman heading back to the car after stepping through thin ice.

What old gaffers do when the fishing gets slow; seldom fatal to trapped listeners, but occasionally results in young anglers leaping from boat and swimming back to shore.

“I prefer the little ones, because they taste so much better.”

Standard statement made by angler who has failed to land a single fish over 9 inches.

“Well, sir, when I hauled back on my old rod, I thought sure I’d hooked onto a submerged log.”

I had hooked onto a submerged log but the version I’m about to tell makes a better story.

“So I just twisted the point of the hook right up through my tough old ornery hide and snipped off the barb with a pair of pliers. When the womenfolk seen me do that, they nearly fainted. Har, har!”

They nearly fainted because they’d never heard anybody yell that loud before.

“Good thing I remembered to bring my heart medicine.”

This is a phrase used by the experienced angler when the outboard motor quits and somebody has to row 3 miles back to shore.

An extreme maneuver used to prevent one of your fishing buddies from getting to the next hole, where you just saw a 5-pounder jump.

What an intolerant angler does the rest of the day after you have stepped on the tip of his $400 split bamboo fly rod.

“All a matter of knowing how”

Explanation of why angler caught his limit.

“All a matter of luck”

Explanation of why angler didn’t catch any fish.

“Okay, who wants raw eggs in their beer?”

A joke charter fishing captains like to shout out to their customers after a couple of hours of pitching about in rough seas.

Refers to an ample catch of fish; also to the consequences of charter fishing captains shouting out the above joke.

Phrase used by resort owners to describe quality of fishing when the lake has dried up.

“Jasper’s out on the lake now and if he ever comes in I’ll ask him.”

Statement by resort owner’s wife that means the fishing is terrific.

Sound made by bass plug coming in contact with rubber raft; often accompanied by sound of furious paddling and creative cursing.

A normal sack lunch that has been soaked in water, sprinkled with fish scales, laced with mosquito dope, and decorated with salmon eggs. May cause nausea but only to a non-angler watching it being eaten.

Angler’s memory, in which a 1-pound trout becomes a 3-pound trout within a matter of days.

A plea often heard when a small child is taken fishing by his father for the first time. The kid probably won’t go along with the suggestion, but it’s worth a try anyway.