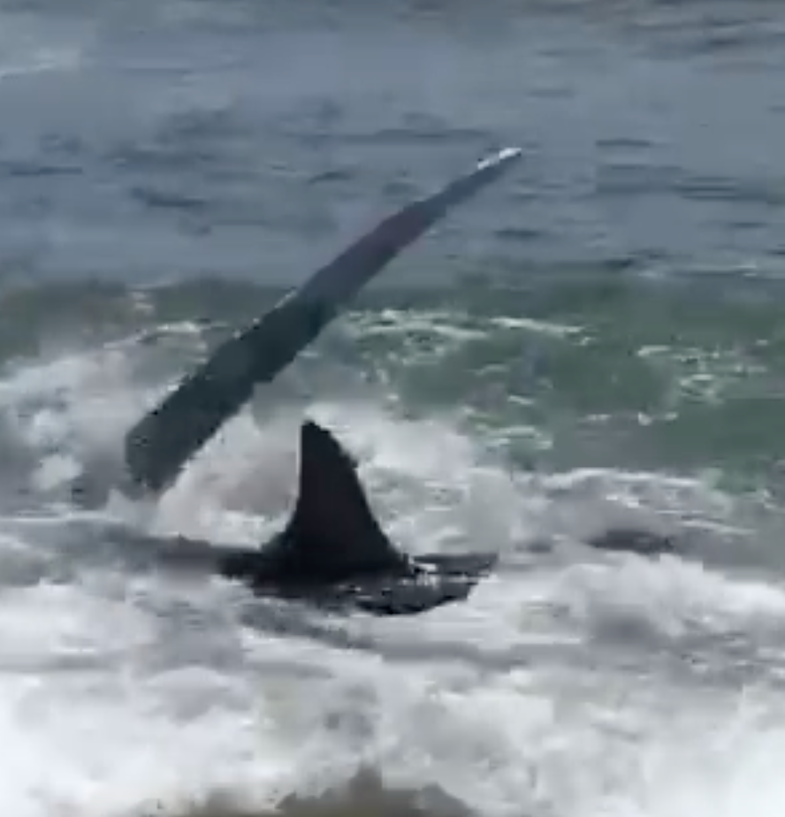 A giant thresher beached itself on the Jersey shore while chasing bunker.
SHARE

Outdoor writer Bob Misak and Sue Foti captured a video of an estimated 250-pound thresher shark beaching itself along the Long Beach Island surf in New Jersey. “[The shark] was chasing bunker out on the sand bar when it came off the bar and swam into the cut and then just starting swimming right at me toward the beach,” Misak says. “It wasn’t sick or anything, just confused I think. After it beached itself, it whipped its tail around and propelled back into the water and swam right back through the cut. It was awesome.”