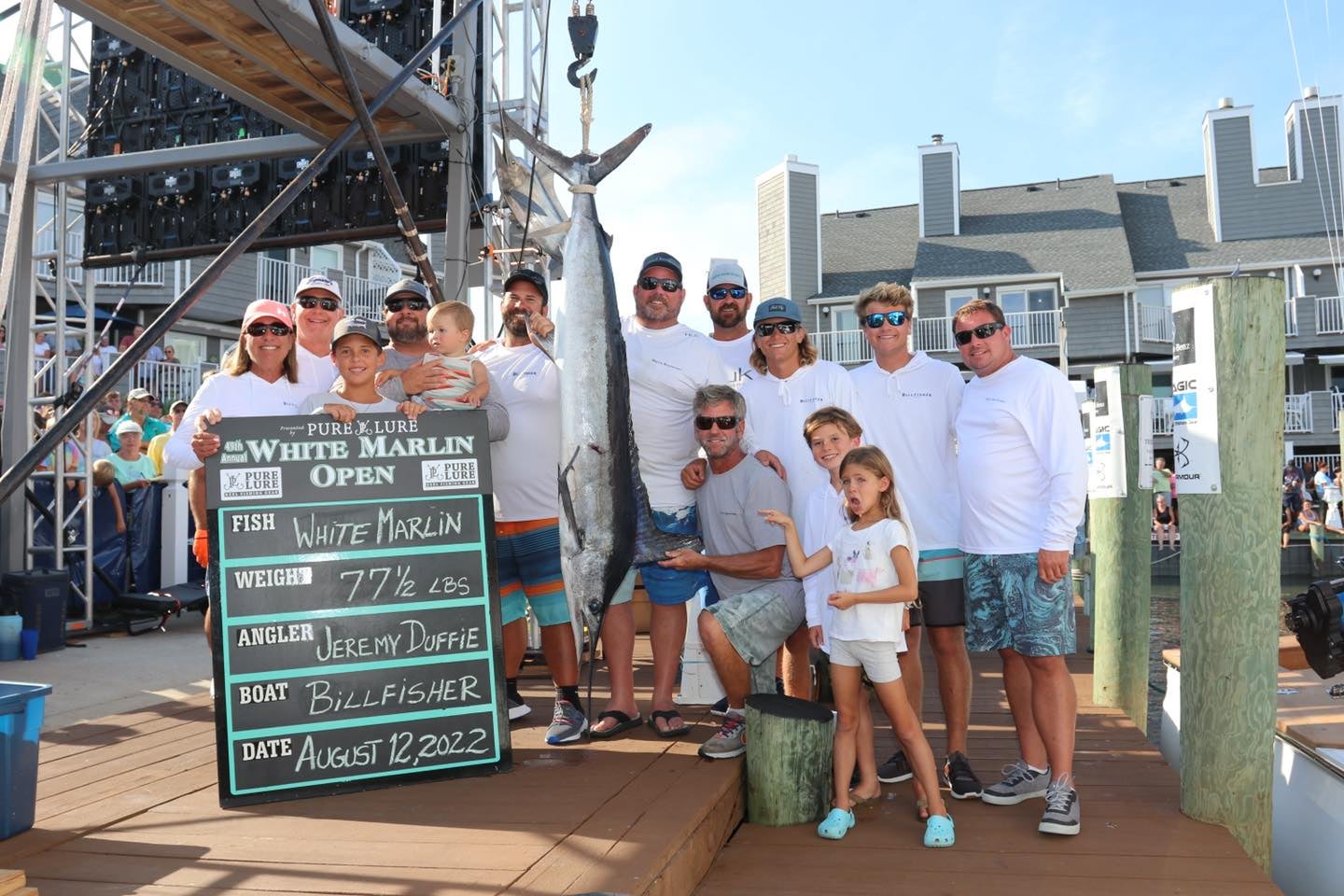 While fishing 100 miles off the coast of Ocean City, Maryland on August 12, Jeremy Duffie felt something big take his bait. After a 35 to 40-minute battle, he boated a white marlin weighing 77.5 pounds. Duffie’s recent catch was a nice fish but not especially large by white marlin standards. What was more impressive about the fish was the payout it netted.

Self-proclaimed the “world’s largest and richest billfishing tournament,” the White Marlin Open is held annually in Ocean City, Maryland. Throughout its nearly 50-year existence, the tournament has dolled out more than $86 million in prize money to participating anglers. Duffie’s 77.5-pound fish was the largest white marlin of this year’s tournament. For catching it, Duffie was awarded $4,536,926—which is reportedly the largest sum ever paid for a single fish.

According to tournament organizers, the fishing at this year’s 49th annual White Marlin Open “was lousy.” Of the 155 white marlin caught by tournament participants, 151 of them didn’t make the cut and were released back into the Atlantic. For context, during last year’s White Marlin Open anglers boated a total of 1,504 marlin. This year’s slow fishing paved the way for Duffie to claim the world record payout for a single fish, topping the previous payout record of $3.48 million that was set at the 2022 Big Rock Marlin Tournament held in Morehead City, North Carolina.

Sportfishing for marlin is often considered the pinnacle of all deep sea angling pursuits. Marlin are relatively rare and fight hard when hooked. There are four species of marlin: the white marlin, the blue marlin, the striped marlin, and the black marlin.

Read Next: Woman Catches 1,000-Pound Marlin, Could Have Set a World Record

According to the International Gamefish Association (IGFA), the world record white marlin was caught in 1979 off the coast of Brazil and weighed 181 pounds. Both black and blue marlin are notably larger than whites. The record for black marlin has been in place since 1953 and was set by a fish that weighed 1,560 pounds. The biggest blue marlin ever caught was a 1,403-pounder caught near Brazil in 1992.