Video: Make Smoked Lox in Your Kitchen From Wild Trout and Salmon 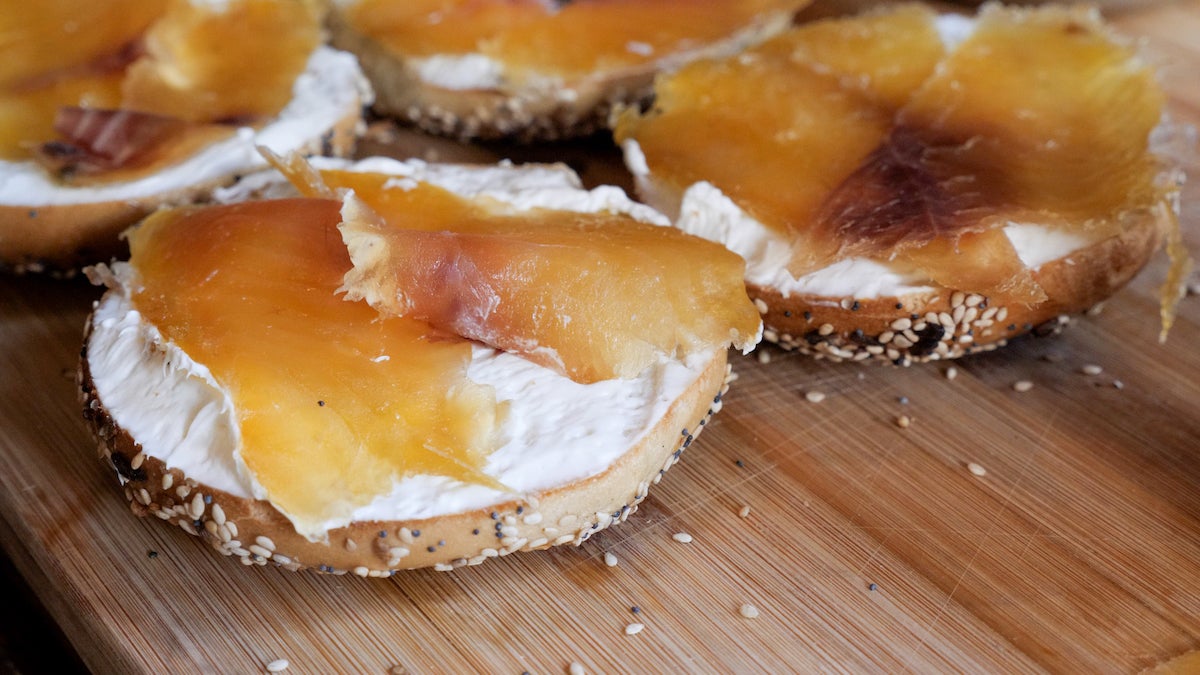 Making your own cured salmon or trout it a great way to preserve your catch. Cosmo Genova
SHARE

Curing fish with smoke and salt is a method as old as time, and many cultures have their variations. While there are countless ways to do it, the classic deli staples of “Lox,” Gravlax, and Nova salmon, are among the most popular. Whereas the Scandinavian Gravlax, Jewish Lox, and similar preparations are only salt-cured, Nova adds the element of smoke. While they certainly have their differences in flavor and texture, most people refer to salt-cured salmon as Lox whether it’s smoked or not. Many of us, particularly of Jewish heritage, grew up on these salt-cured salmon fillets, sliced thin and usually served on a bagel with cream cheese, red onion, and capers.

But you don’t need to go to the deli to get your fix of bagels and lox. Cured salmon and even trout is easy, and cheaper, to make with fish you’ve caught yourself. Some curing methods use a semi-dry cure of granulated salt and sugar which yields a firmer, drier flesh, while others use a wet-brine saltwater solution.

If you’re going to smoke the fish, low-temperature cold smoking is best, as hot smoking cooks the flesh and changes the flavor and silky texture. A fatty salmon will generally have a more buttery texture than something like a lean trout, but both are equally delicious and any orange-fleshed salmonid should work just fine. Whatever the specific preparation, curing is a healthy and delicious way to enjoy your catch.

A buddy got me hooked on curing lake trout fillets as they have great natural oils and are abundant in my local waters. Instead of picking a specific method, I do a mashup of common techniques. While it may not be the most traditional, this cured lake trout lox is a cheap and foolproof way to enjoy cured fish at home.

Cold smoking is an optional step that can be done in different ways depending on what tools you have available. We used a smoke gun, but conventional smokers work just fine, you’ll just want to keep the temperature below 80 degrees F. The following steps assume you are using a smoke gun.