After moving to a small mountain town, the author spends a day exploring his local trout stream 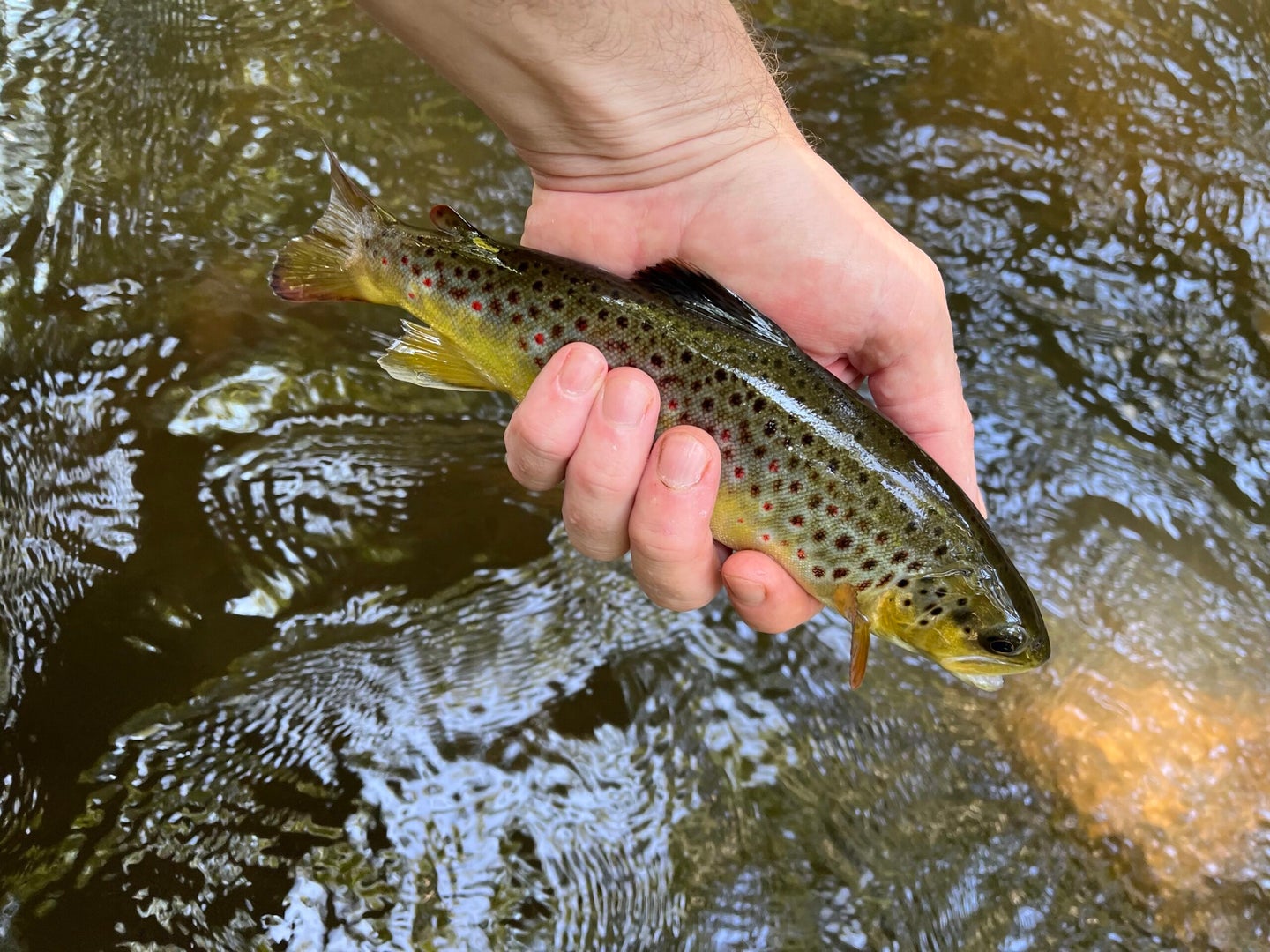 Earlier this year, my wife and I decided to sell our house. The market was good and we knew we weren’t going to live in our old house forever so we packed our things, slapped a fresh coat of paint on the walls, and said goodbye. The problem was, we didn’t have a new place to move into. Instead, we put our belongings in storage, and bunked up with my father-in-law who lives in a small town in the western Catskills of New York.

All spring, we got to know the people who lived in my father-in-law’s town—and for the first time in a long time, I felt as though I was in a place where hunting and fishing were part of the day-to-day culture. Just about every outdoorsman has had to explain why they like to chase whitetail deer or catch trout to someone who doesn’t hunt or fish—all while getting a polite, but confused, look in return. With a few exceptions, most of the places I’ve lived in my adult life have been filled with people who don’t think about the outdoors the way I do. But in this new town, I didn’t have conversations like that. I didn’t need to come up with excuses. I could just be myself.

A Toe in the Water

One day, over the summer, I decided to do some solo fishing at the local stream just outside of town. I’d never fished the stream before, and when I got there, there weren’t any fish rising, but I had nothing but time to explore. Unlike the crowded streams near our old hometown, this place was deserted. The water was shallow and rocky with tail-outs that led to lazy pools that were shaded by big black willows on the bank. On either side of me were cornfields and cow pastures.

I get bored fast fishing beneath the surface, so I tied on an ant pattern—figuring if it didn’t catch a fish, I’d at least enjoy watching the ant drift downstream. And that’s pretty much what I did for the next hour or so. I worked my way upstream, casting and casting until I was convinced that I’d picked the wrong fly.

I decided to make one more cast until I’d finally cave and put on a nymph or streamer or maybe even a mealworm—I was alone, after all. I pitched my fly into a riffle just above a downed log and deep cutbank. The ant pattern, now waterlogged, struggled to stay afloat before sinking into the bubbles, and just as I was about to retrieve it, I felt something alive on the other end of my line.

The brown trout didn’t fight hard, and it wasn’t very big. But when I netted it, I felt like I’d struck gold. There’s something special about going to a new spot, and having success. For me, maybe it’s because, in the back of my mind, I’m a little less confident when it comes to trout fishing; I’ve always been more of a hunter than a fisherman. All the times I cast and come up blank, I wonder if I’ve just had it easy at my old haunts. Looking at that brown trout, though, I couldn’t deny that I was good enough to hook at least one fish here—and with the rest of the summer ahead of me, I’d probably pull a few more from this stream.

But what made catching that trout particularly satisfying wasn’t about me besting any personal goals or proving to myself I knew how to catch fish. It was that when I got back to town that evening and went to our new favorite bar, I had a fishing story to tell—and a great group of people who’d actually want to hear it.