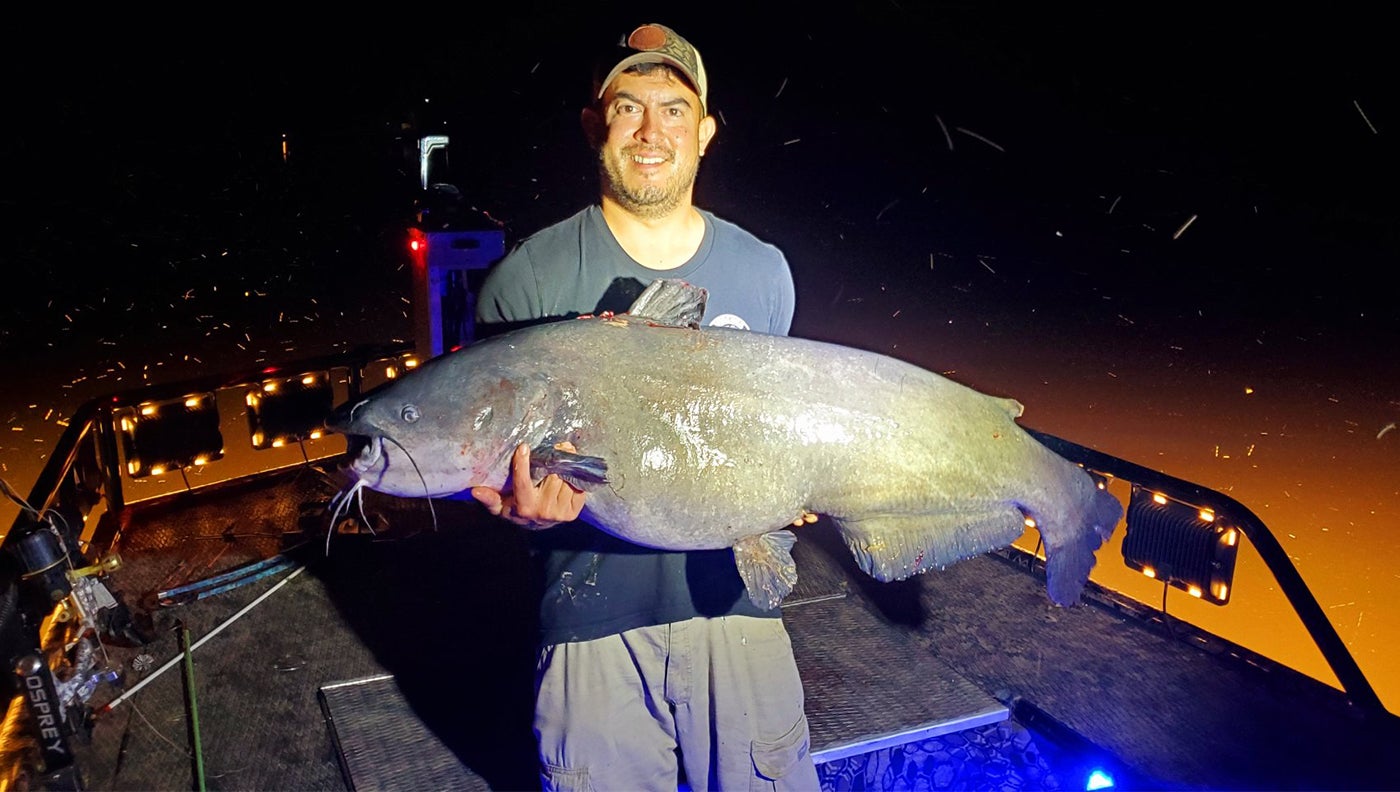 Jason Emmel of Louisa, Virginia, is the new state record holder for blue catfish taken by bow after skewering a 66-pound, 5-ounce Pamunkey River mudcat on Monday. Emmel, who founded the Virginia Bowfishing Association in 2014, told F&S that he needed the help of his buddy Joe Baer in order to heft the beast into the boat. As luck would have it, it was the wrong day to forget the gaff, but they managed.

According to a Facebook post from the Virginia Department of Wildlife Resources, the record has been verified by biologists and reviewed by the State Record Committee. Emmel’s fish measured 42 inches long, had a girth of 35 inches, and topped the previous bowfishing record by more than 4 pounds.

Blue catfish are an increasingly problematic invasive species in many of Virginia’s river systems, including the Pamunkey. Introduced as a recreational species along the state’s Western Shore in the 1970s, the fish quickly spread into Chesapeake Bay and its tributaries. Now, fisheries biologist worry that the blue cat’s surging numbers, large size, and voracious appetite pose a serious threat native species like American shad and perhaps even blue crabs.

In an effort to keep these cats in check, managers at both the state and federal level are encouraging area bowfishermen and conventional anglers to catch, kill, keep, and eat more blues.

Emmel did his part in a big way on Monday and put his name in the record book, to boot. His 66-plus-pounder tops William Bates, Jr’s previous mark, a 62-pound, 4-ounce blue catfish taken in 2021 from Occoquan Bay.