The huge fish neared world-record territory, but the boat's captain suspects there are way bigger warsaw grouper in the Gulf today 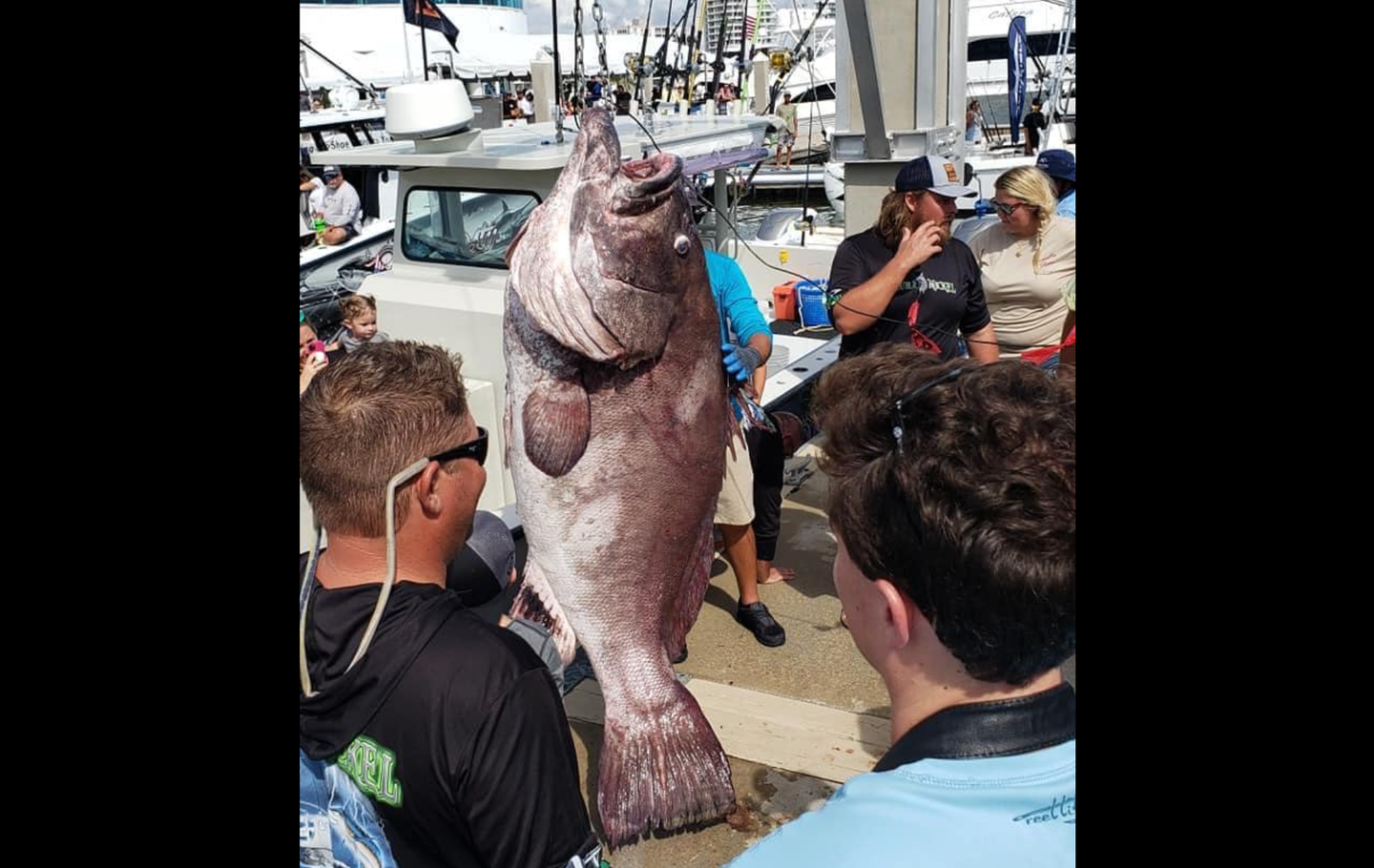 A massive 88-inch, 400-pound warsaw grouper set a record in this year’s Sarasota Slam fishing tournament. The fish was caught on August 6 near structure in 660 feet of water off the coast of Sarasota, Florida. The whopper was only 36 pounds short of the International Game Fish Association (IGFA) world record. Captain Nick Froelich said it was all his team could do to get the beast into the boat.

“It took all seven of us to get it over the gunwale,” Froelich told the Bradenton Herald. “We had gaffs and ropes all over. The boat was listing at the weight of the fish as well. When it finally hit the deck, we couldn’t believe it.”

Team Double Nickel boated the fish in just under an hour. The warsaw was caught using a bonita on a 16/0 hook attached to a 300-pound test leader and 200-pound line. “Right when the bait hit the bottom it was eaten,” Froelich added. “Joe Scaraville was on the rod and played a lot of drag at the beginning. We had to pull that fish off the structure and once it was off we could back off the drag a bit. As soon as it was hooked, we knew it was a big fish.”

Double Nickel wasn’t the only team to boat a big Warsaw grouper in the recent tourney. Team Knot Waste weighed in a 320-pound fish, which beat the previous tournament record and was good for a second-place finish in the offshore division.

Warsaw grouper live in the western Atlantic, the Caribbean, and the Gulf of Mexico as far south as the coast of South America. They prefer rough, rocky bottoms 200 feet beneath the surface or deeper. The 436-pound, 12-ounce IGFA record was caught by Steve Haeusler in Florida in December 1985.

Froelich told the Herald he suspects the Gulf holds even larger specimens than the ones caught during the recent tournament. “There are absolutely bigger Warsaw grouper out there,” he said. “There are some that have to be absolutely crazy, 600 pounds or more.”