Cathy Clegg caught the tiger trout in Loon Lake in July 2022. She broke a world record her son set in July 2021 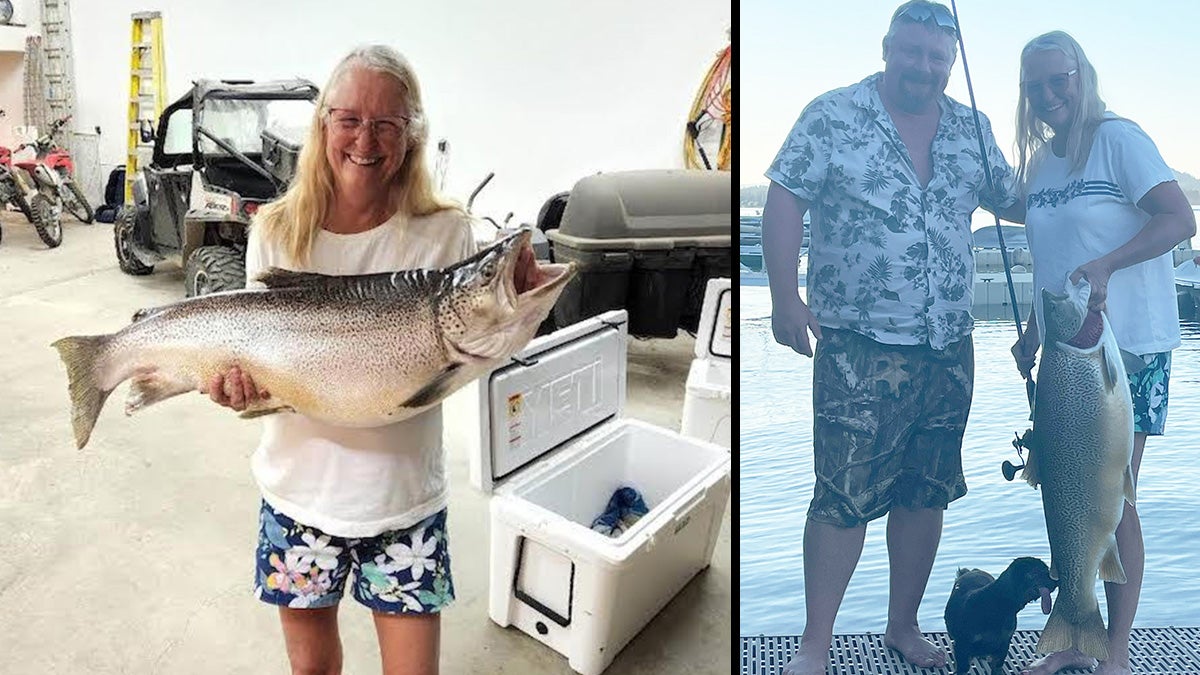 A tiger trout is a sterile hybridization of a brook trout and a brown trout. Cathy Clegg
SHARE

A woman from northeast Washington landed a giant tiger trout while fishing from the dock next to her family cabin on the evening of August 7. The record was recently confirmed as the IGFA All-Tackle world record.

Cathy Clegg of Colbert, Washington was soaking nightcrawlers with a spincasting rig at Loon Lake when the 27.42-pound tiger trout struck the bait. “It took off and pulled my drag out like crazy,” Clegg told F&S, noting that the fight lasted nearly 10 minutes. “It was so much fun, but I was really afraid I was gonna lose [the fish]. I was shaking. I was so nervous.”

The Impressive Catch Was Caught at a Tiger Trout Fishing Hotspot

Known for their striking colors and voracious feeding habits, tiger trout are a sterile hybrid produced by crossing a male brook trout with a female brown trout. It’s extremely rare for a tiger trout to occur naturally in the wild. Most tiger trout caught by anglers are the result of hatchery hybridization. At Loon Lake, tiger trout are stocked by the Washington Department of Fish and Wildlife (WDFW) on an annual basis.

“The WDFW started planting them about 15 years ago,” Clegg said. “We would catch little ones. As the years went by, my son caught a 10-pounder, then a 12-pounder, and then a 15-pounder. They get bigger every year.”

According to WDFW Communications Officer Staci Lehman, Loon Lake has turned out a number of large tiger trout in recent years, in large part due to the lake’s prolific schools of kokanee, which the tiger trout prey on. In fact, in 2021, Clegg’s son Caylun Peterson caught the current IGFA world record for tiger trout from Loon Lake. It was 24.49 pounds, just three pounds lighter than his mother’s recent catch, which he netted.

Because of Peterson’s record fish, Clegg knew the drill for getting her behemoth into the record books. They put the fish on ice in a YETI cooler and brought it to a tackle shop in Spokane that had a certified scale. There, a WDFW representative took measurements of the fish and verified its species. Clegg’s catch measured in at 35.5 inches long with a girth of 28 ⅛ inches, according to Northwest Sportsman. With a weight of 27.42 pounds, it has now been confirmed as both a state and world record